The Day Ossie Bought Me A Pint Of Lager 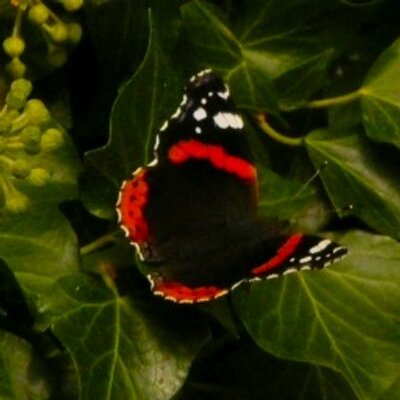 Ossie is a dream

This August will see the 70th birthday of Osvaldo Cesar Ardiles, the mercurial and groundbreaking Argentinian World Cup winner who came to England in 1978 in a blaze of publicity…and stayed.
One of the first big name foreign imports to English football, he joined a newly promoted Spurs and we welcomed his home debut with a South American style ticker tape entrance…before losing 1-4 to Aston Villa.

Over the next few years Ossie went on to help the club win their first FA Cup in 14 years, a European trophy (the last time we got out hands on one), record a chart single with Chas and Dave, star in the cult movie Escape to Victory, manage his beloved Tottenham, get fired by his beloved Tottenham, survive Covid, a serious car accident, heart surgery and remain living in England and an ambassador for ‘Tottingham’ Hotspur.

All this having escaped a brutal Argentinian dictatorship who used the country’s 1978 World Cup win on home soil to gain some credibility – it’s not just Qatar who have corruptibly been awarded a World Cup.

But on a personal level, apart from giving me some of my happiest memories as a Spurs fan, what I’ll always remember him for is letting me – then a college student – interview him for a course project.

It was 1981, I was 18 and doing an NCTJ journalism course at Harlow Technical College which is probably now called the Gemma Collins University of Essex or something. We were given a weekend assignment to interview someone connected with sport or activity and write it up.

I thought I’d take a gamble and try for a Spurs player, starting with Ossie. At the time I had a weekend job as a ‘runner’ or messenger for the sports press agency Hayters who kept home phone numbers for a number of famous sportsmen and women.

Among them was Ossie’s, at the time living in a very ordinary Hertfordshire suburb near the club’s Cheshunt training ground – wages were not comparable with today’s multimillion pound footballers.

He answered the phone and I explained who I was and how I got the number (he wanted to know of course) and asked if I could interview him, expecting it to be a telephone conversation. After telling him I wanted to be a journalist he replied ‘why on earth do you want to do that?’ then laughed and said ‘come to the secret team hotel this week and we’ll have a chat.’

I was dumbfounded but had to point out that as the hotel was ‘secret’ I didn’t know where it was. ‘It’s the Trust House Forte in Cuffley. We have dinner at 7 so come at 8. So much for being secret.
I got a lift from another student who dropped me off on her way home and went into reception where a table was laid out with Spurs memorabilia from the FA Cup Final win a few months before. As I’ve explained to my kids, we used to win trophies in those days.

As I took a closer look Peter Shreeves, the Spurs assistant manager at the time who would eventually get the top job, came out and rather sternly asked what I was doing. I told him I was there to interview Ardiles and he replied: “He’s only just started dinner. I’ll tell him you’re here but it may be a couple of hours before he can come out, if he still wants to.”

A quick footnote – I spoke to Shreeves some years later when I was on a local paper and writing up an interview with Tony Parks about how he was turning his life around after a court appearance. Shreeves was charming and very helpful.

Back to 1981. I waited in the bar, expecting to be there for hours and perhaps have to leave empty handed but within minutes the great man arrived. ‘What about your dinner?’ I asked. ‘It wasn’t so good’ he replied.

He bought me a pint of lager and had one himself. I lit a cigarette and saw him look enviously at it – he famously admitted he was on 40 a day in 1978 when he’d helped Argentina win the World Cup. I offered him one – a Dunhill as I recall, well we all had pretentions in those days – but he refused saying ‘I’ll get into trouble.’

Then we chatted. He was brilliant. He had no book to sell, no commercial partner to produce or range of merchandise to flog, he simply wanted to be helpful to someone starting out and who just happened to be a fan.

His answers were honest, warm and affectionate, particularly when talking about his family – mentioning that his son was getting a London accent for instance – and there was none of the cliches you get nowadays from players who have been media trained to within an inch of their lives.

He told me how he’d nervously accepted the offer to join Spurs with his friend and fellow Argentinian Ricky Villa, how he’d trained to be a lawyer but gave it up to play football and how it was always an option to fall back on later, and how he’d enjoyed singing ‘Ossie’s Dream’ with Chas and Dave which featured the line ‘in the cup for Totting-ham’ taking the micky out of his accent.

I noticed he pronounced ‘Tottenham’ correctly rather than the more comical version for which he was famous and he told me that though he used to pronounce it ‘Tottingham’ he’d learned the correct way but still stuck to the original because that’s what people enjoyed hearing.

As the interview concluded he asked if I wanted to hang around and he’d introduce me to some of the players. I felt like a 1960s teenager getting to meet The Beatles after a concert. I did notice that one or two of the other players, on hearing that I was training to be a journalist, were a bit grumpier than Ossie had been.

By now it was late, there was no public transport so I hitch-hiked back to my digs in Harlow. I don’t suppose anyone hitch-hikes any more do they but pre-Uber it was always an option.

Ossie remained a legend to us at Spurs even after he left Britain for a few months during the Falklands War the following year but returned to help us win the UEFA Cup in 1984.

As our manager he echoed his own transfer scoop by signing another World Cup winner, Germany’s Jurgen Klinsmann in the mid-90s but his managerial record was not the greatest when it became obvious that to win games we had to score at least three or four goals because of our leaky defence.

But it was amazing fun to watch at times.

He remains an ambassador for Spurs and, more importantly perhaps, an ambassador for all that is good in football both on and off the pitch. Richard Littlejohn, a fellow Spurs fan and not a man easily impressed, even named his dog Ossie after him.

I’ve been lucky to interview many famous people in my journalistic career since then but none have been as genuinely nice, open and honest as the little man from Cordoba who wore the number one jersey for Argentina (they alphabetically apportioned numbers in the World Cups), who sang on a hit record, starred in a hit movie and won trophies for a team that no longer seems capable of doing so.

So, with his 70th birthday approaching on August 3rd, happy birthday in advance to a wonderful man.

Incidentally, I mentioned this interview in a response to one of Ossie’s Tweets and he was very apologetic about the fact he couldn’t remember it. Still a gentleman after all these years.