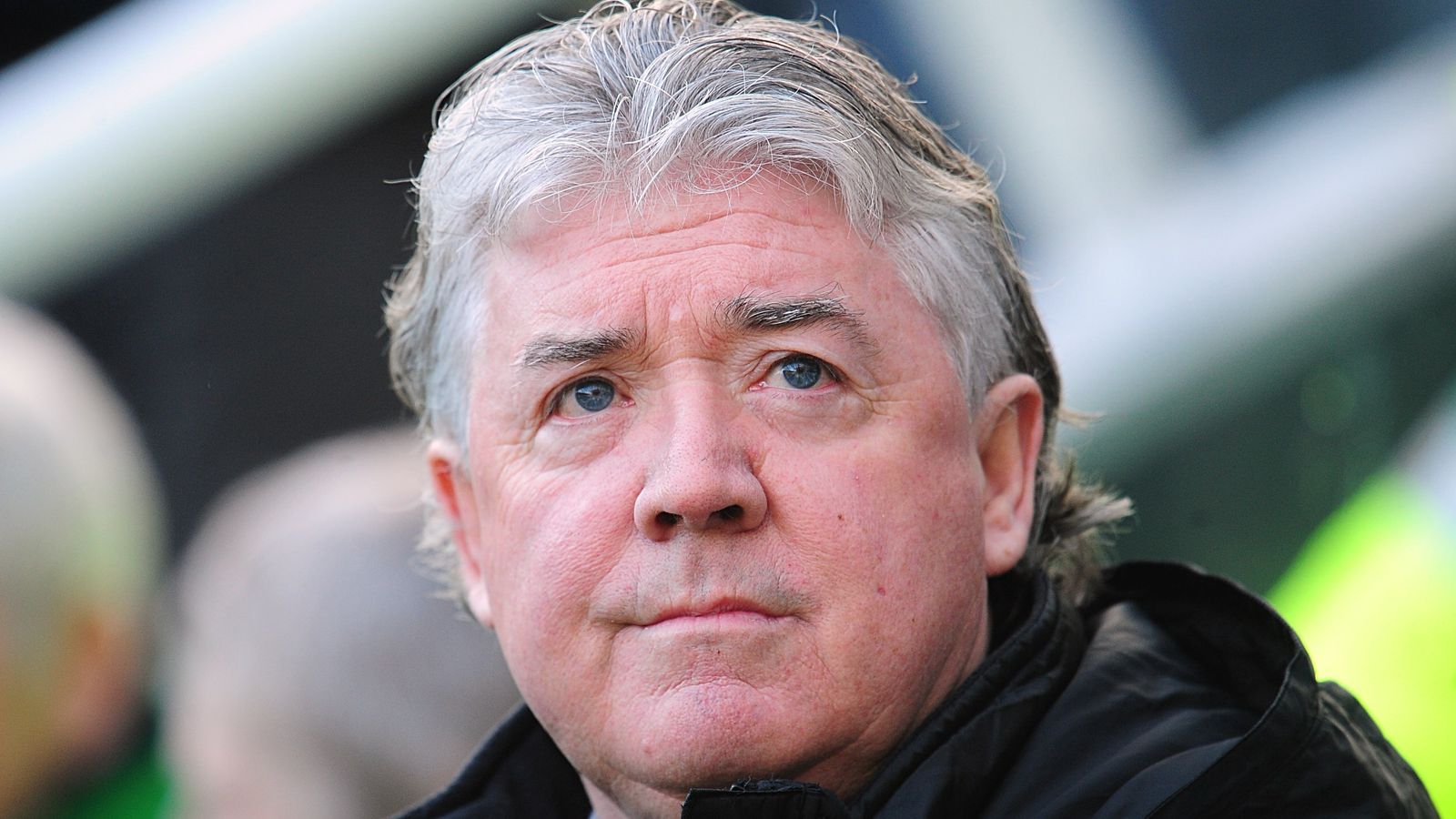 Joe Kinnear was diagnosed with early onset vascular dementia in 2015 and his condition has since deteriorated; Kinnears wife Bonnie says more must be done to help former footballers who are diagnosed with degenerative neurological conditions

Joe Kinnear was diagnosed with early onset vascular dementia in 2015 and his condition has since deteriorated; Kinnear's wife Bonnie says more must be done to help former footballers who are diagnosed with degenerative neurological conditions.

Joe Kinnear's family have revealed the former Wimbledon and Newcastle manager has been living with dementia since 2015.

The 74-year-old spent more than a decade as a player, notably winning the FA Cup, two League Cups and the UEFA Cup during his time with Tottenham between 1966 and 1975.

Kinnear's wife Bonnie has confirmed her husband, who was forced to retire at the age of 30, was diagnosed with early onset vascular dementia in 2015 and his condition has since deteriorated.

In an interview with the Daily Telegraph, she said: "He started to get moody - a bit depressed. I thought, 'This isn't right'.

"Then he got aggressive in certain situations. It just wasn't Joe. It was a problem trying to get him to see somebody but we eventually got him to a doctor and he was diagnosed in 2015.

"They classed it as early onset vascular dementia and, since then, he has just deteriorated. He's in the late stage. It is heartbreaking to see how someone can change.


"He was larger than life. He loved people. He'd walk in a pub, buy everyone a drink, tell funny stories and be the life and soul of the party."

After Kinnear retired as a player, he turned his hand to management and enjoyed plenty of highs with Wimbledon before spells with Luton, Nottingham Forest and Newcastle, while his last role was in 2014 as director of football at St James' Park.

Just a year after leaving the Magpies, the ex-Republic of Ireland international was diagnosed with dementia to join a long list of footballers to have suffered with the disease.

Dawn Astle, the daughter of former West Brom forward Jeff Astle, has campaigned tirelessly for greater recognition of the issue since her father's death in 2002 at the age of 59 was attributed to chronic traumatic encephalopathy, a brain condition caused by repeated blows to the head.

"It's just awful. They insure footballers against breakages, so why not against dementia? There must be enough money in football to help those who need it.

"And they must take further steps to make the game safer for those playing now and in the future. More has to be done in both areas. This is not about us - it's about the whole of football."

In an exclusive interview, the former Spurs defender and Wimbledon manager's diagnosis is made public for the first time

This is very sad news, he was my first 'favourite' player and I still have a letter he wrote back to me, when I sent him a card and letter when he broke his leg.
He was a bit of a joker, had a great personality and it must be devastating for his family to see him change so much.
The prognosis doesn't look good, does it?

You can blame those heavy leather balls for this.

Madness that they headed those things around.

At one point in the 90's i wouldn't have minded him coming to manage us, he seemed to be doing quite well . Then hearing that the Newcastle players used to take the piss saying 'is there a joke in here' when he walked in the changing room put me off a bit.

Sad to hear this though, i think every player should contribute part of their salary into a pot looking after older players less fortunate.

I remember when he took charge of Newcastle there was something in the paper about him being abusive to journalists in a press conference so maybe there were issues with dementia then. Certainly, his heart problems go back to the late 90s and I think he left Wimbledon not long after we beat them in the 98/99 Worthington Cup semi-final.

Sorry to hear about this. He is one of the few players who had the opportunity to play under Bill Nick and create legendary moments in the club's history and that's something that not even dementia can take away from him. He will always be associated with the teams in the late 60s/early 70s that played fantastic football which continues to be the ideal for all people with Tottenham in their hearts.

During the Christian Gross era, there was a part of me that hoped Kinnear would be the man to replace him as it became increasingly clear during the season that Gross wasn't a viable long-term appointment but alas it wasn't to be.