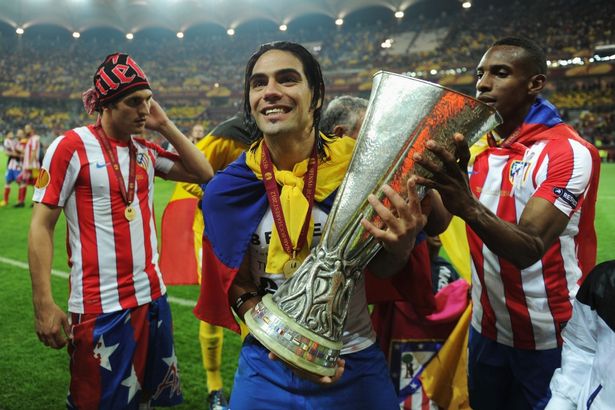 When Arjen Robben fluffed his penalty deep into extra time at the Allianz Arena, the “nightmare” of the Europa League became a reality. Trips to far flung corners of Europe, a lack of Saturday 3pm kickoffs and perhaps worst of all, ITV4 or Channel 5 commentary.
But then something occurred to me:

Why don’t we go out and win the bloody thing? Where’s the shame in lifting the Europa League cup?

The Europa League is the amalgamation of the Cup Winners Cup and the UEFA cup, which in order to appeal to the masses has taken on a Champions League format. It is without doubt the second tier of European competition, but the reward and glory shouldn’t be tarnished by CL spoilt Woolwich and Man United fans.

With the input of foreign money into the Premier League the possibility of domestic glory has diminished. Today the league title is a closed shop to be fought over by the Manchester duo and Chelsea, the days when a club was allowed time to gather together a team capable of challenging is over. Money buys great teams, not time.

The FA Cup, the premier domestic trophy meanwhile has similarly become a closed shop. Only Harry Redknapp’s Portsmouth and big spending Man City break the Chelsea, Man United and the occasional Liverpool victory parades. Tottenham Hotspur hasn’t won the competition since Des Walker powered a header into his own net at the old Wembley back in 1991.

The quest for domestic silverware has become so scarce that 3rd and 4th (last season apart) are celebrated as if they are trophies, they may not bring out the open top buses, but there is no doubt that being in the 3rd or 4th from best now counts as an imaginary trophy.

The Capital One Cup has even become of significance over the past few years; it offers teams the chance to claim a slice of glory in a silverware famine. The teams now participating in the finals are recognised as the power houses of the Premier League. Since 2003 only Birmingham and Tottenham have interrupted the Chelsea, Man United and Liverpool domination. The cup once described as Mickey Mouse has gone all Academy Award.

Therefore on this basis, Spurs should not disregard the Europa League. Last season the quality of football on show from the Spanish and Portuguese contenders swept away the Premier Leagues top two and put Chelsea’s Champions League winning style to shame.

Arrogance is a disease that has swept through most of the Premier League’s followers. SKY repeatedly tells us the PL is the best, but the National’s team failure to reach a major final since 1966 tells a different story. The Europa League remains a top competition, which is still valued across the continent, if SKY had the rights to the competition, they would quite happily bombard us with this fact.

When Andre Villas-Boas’ Porto team stormed the trophy in 2011, it made Radamel Falcao and Hulk household names. It allowed a team of relative unknowns to step on to a global platform and announce themselves. The former striking partners thanks to that initial success, are now viewed as the answer to the worlds top clubs striking problems.

The Champions League may be lucrative and may not exist on Channel 5, but in reality it remains a cup competition for a select few. In 14 years of competing in it, Woolwich have reached the final only once in 2006, and since then haven’t really come close. The winners over those years has been spread between United, Barcelona, AC Milan and Real Madrid, with Chelsea, Liverpool, Porto, Bayern and Inter collecting a solitary trophy each.

When Andre Villas-Boas’ Porto team stormed the trophy in 2011, it made Radamel Falcao and Hulk household names. It allowed a team of relative unknowns to step on to a global platform and announce themselves.

The interesting fact however, is that in the majority of cases the Champions League runners up came from this select group. The majority of teams that enter in to this competition are there as well paid pace makers.

The Europa League meanwhile is open to any team that first of all takes it serious and second, plays good football. In the 14 consecutive years that Woolwich has been qualifying for the Champions League, only Sevilla and Atletico Madrid have collected the trophy more than once. Tottenham Hotspur as inaugural winners of this competition back in 1972, need to take this competition seriously.

In the current Spurs squad there are very few who have collected a cup winning trophy with the Lillywhites, a generation of winners needs to be bred. When Jose Mourinho took his Porto side to Europa League glory in 2003, they followed this up by claiming the Champions League in 2004.

As the Special one knows all to well: Success breeds more success.

With the addition of quality players such as Hugo Lloris, Clint Dempsey, Mousa Dembele and Emanuel Adebayor, even with the loss of the little Croat and VDV, Spurs have a big enough squad to put forward a realistic challenge.

This is a trophy Tottenham can win. On its own it may not convince Gareth Bale to stay for 2013/2014, but perhaps it will kindle a spark in the squad. When the 2012/2013 season ends, I personally would love to hear the phrase:

There exists life outside the Champions League and SKY Sports.