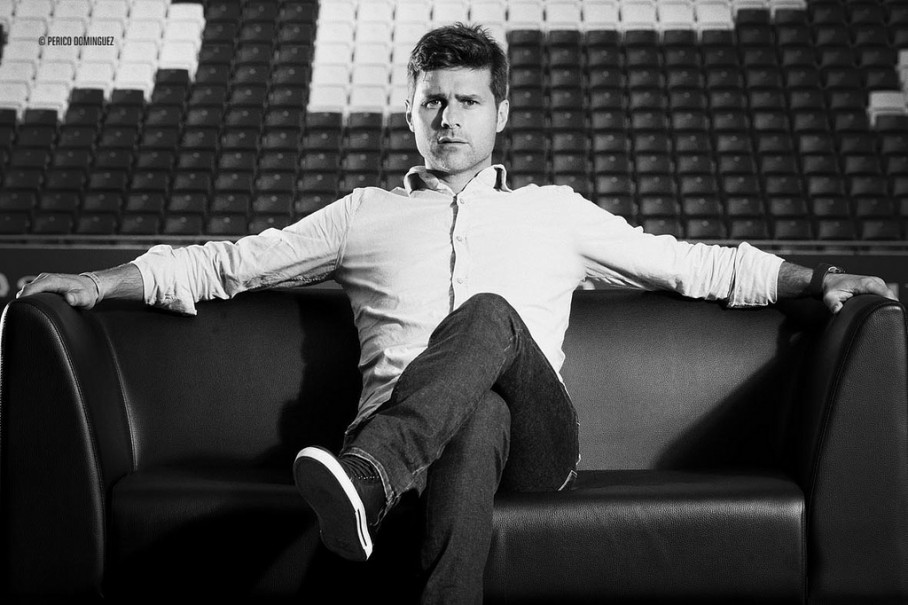 The man behind the magic. Bardi takes a look at the man who has changed us, Mauricio Pochettino

Whether or not we’re in a title race is still up for debate, what isn’t is the man holding the reigns is on the path to something great.

There is something about Mauricio, there always has been. As a youngster, in a more innocent pre YewTree age, Marcelo Bielsa crept into his house in the middle of the night to examine his legs and to convince his parents that he should sign for Newell’s Old Boys. Bielsa who spent his formative managerial career travelling around Argentina looking for players saw something in Mauricio, ‘El Loco’ was right.

When Bielsa was promoted from the youth team at Newell’s to the top job, it was in players like Pochettino that he put his faith, players willing to accept his different and full bloodied approach to football. Established stars as Tata Martino and Juan Manuel Llop had a choice, to either embrace the new movement or they’d be replaced. It was in these early years that Pochettino learnt something that we see every time our team steps out, it doesn’t matter who you were, it’s what you are now that matters.

Throughout his career, despite not being the most gifted of players, he was a tough, uncompromising and hardworking defender. Where he lacked technically, he filled the gaps with his ability to follow tactics and not give up. It is what made him a favourite of Bielsa and at Espanyol, where as a player he would go on to win the Copa Del Rey in both of his spells at the club in 2000 and in 2006.

Pochettino learnt something that we see every time our team steps out, it doesn’t matter who you were, it’s what you are now that matters

As a manager at Espanyol he would famously topple local conglomerate Barca at the Camp Nou, but it was his achievement of keeping the small Catalan team in La Liga that would bring him recognition. During his managerial spell Pochettino would follow Bielsa’s lead and continue to put his faith in the youngsters at Espanyol, even removing captaincy duties from club icon Raul Tamudo and giving the armband to ill-fated Daniel Jarque, who passed away from heart failure only one month into his captaincy.

The Pochettino of today was built in those early days at Espanyol, he took on the role as the underdog, the battler and fighting against the system became his cause. In an interview he once said:

It is this bravery that we’ve come to love. How players with no real football experience are thrown into matches. Ryan Mason away at Woolwich, Harry Winks at home to West Ham, Dele Alli and of course Harry Kane. Mauricio has the utmost trust in his young players. He identifies himself in these young players, and we as fans identify ourselves in them, this is one of the reasons we have taken him to heart.

In an interview with the Bleacher Report Hector Pochettino, Mauricio’s father said:

“He is obsessed with every detail. About the cleaning, the cooking, everything. He keeps an eye on what every single employee at the training ground is working on.”

Pochettino demands the same work rate, attention and focus from his players.

Kane has become the symbol of our manager, the living breathing chest thumping, protective goggles being ripped off in exultation example. You take a chunk of talent and you polish it, hold it close it, endlessly work at it and slowly it starts to shine, but you don’t stop shining, you never stop, you keep on improving, working and pushing.

He identifies himself in these young players, and we as fans identify ourselves in them, this is one of the reasons we have taken him to heart

Pochettino doesn’t stop and woe betide anyone else that does. When I look at him I see a Great White. Powerful stocky, constantly moving and looking, if he stopped he’d die, he is relentless and dangerous, stray too close and he’ll tear your leg off in an instant. With the season coming to the close Chelsea is Amity Island and they’re starting to get scared about going in the water.

Gary Neville, who worked with Pochettino’s players during his spell at England said in his Daily Telegraph column:

“I have noticed the difference in psychology and application when Tottenham players come into the camp. They now arrive prepared for the battle, ready to play, ready to work. All the things you would want from responsible players are there.”

The statement “lads it’s Tottenham” has changed in tone. It’s no longer a pick-me-up, it’s a warning. Pochettino however isn’t a manager that lives by quotes and sound bites. You live his values or you go.

The Magnificent Seven, Moussa Sissoko and Vincent Janssen, these are players that the club have heavily invested in, but those that have failed to live his values have been mercilessly removed either from the club or the field of play. Today, only Eriksen and Lamela remain from the post Bale splurge, and the next few weeks will define the careers of Sissoko and Janssen.

At Chelsea last season where our players descended to a dark place we learned. At Newcastle, a result that still stings, we learned, one thing we can say about him is he doesn’t make the same mistake twice

This season Spurs have overcome substantial setbacks, an early exit from the Champions League and injuries to key players. Toby Alderwierled, Kane (x2), Hugo Lloris, Danny Rose and Jan Vertonghen have suffered on field injuries, factors which training and conditioning cannot protect his charges from, yet despite this and the lack of financial clout, Spurs remain the only realistic challengers to Chelsea.

Like any relationship there have been moments where I’ve questioned him. Cup games where the tempo and zip where very “un Pochettino like” but that is only because he sets the bar so high. He’s learning, he’s evolving and we are along with him. At Chelsea last season where our players descended to a dark place we learned. At Newcastle, a result that still stings, we learned, one thing we can say about him is he doesn’t make the same mistake twice.

Today we are stronger and he is stronger. No matter what happens, and whether or not the media are ready to acknowledge that this isn’t a cake walk for Chelsea, it matters little. Pochettino is fighting adversity, that’s where he’s always been, that’s where he thrives.

The most interesting development in the next few weeks, months and years will be “Pochettino the underdog and battler” to “Pochettino the favourite.” How will he cope with his change of standing in football? What are the next steps for him and for us?

His past tells us that our futures are intertwined, but no matter what happens next he has given us a new and special Tottenham. He hasn’t given us “Tottenham back” because this is a club I don’t recognize, he has given us something else. This is the team of our generation, Harry Redknapp said in 2010 “they’ve never had it so good” he was right, he was just 7 years too early.