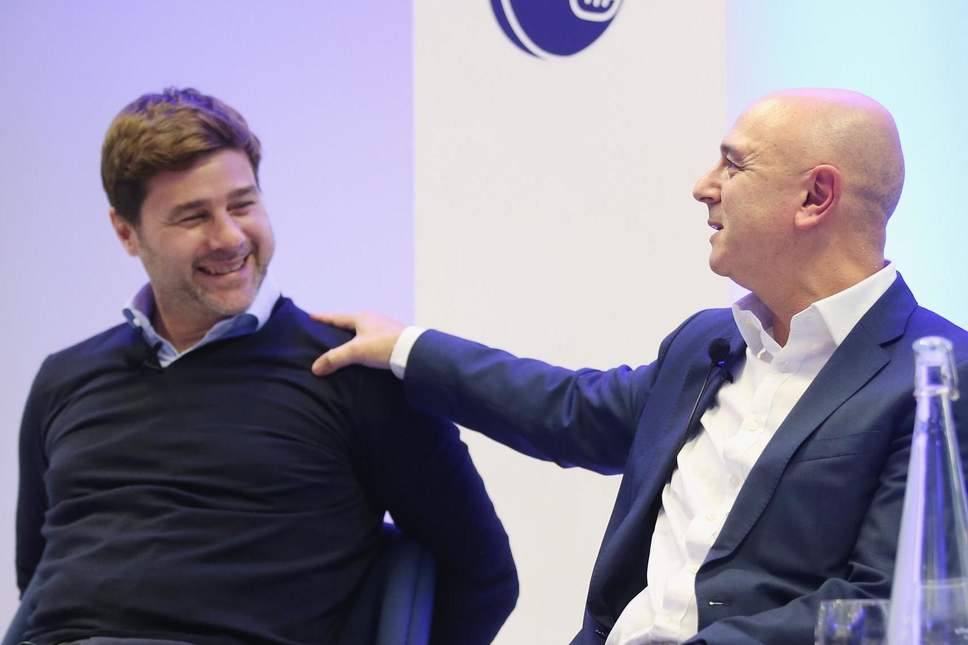 Dan Cefai argues that regardless of the lack of signings, Pochettino and more importantly Daniel Levy need the unwavering support of all fans.

A wise man once said ‘It is better to fail aiming high than to succeed aiming low. And we of Spurs have set our sights very high, so high in fact that even failure will have in it an echo of glory.’ – Bill Nicholson. Pochettino recently gave a passionate and open press conference I have read certain quotes from him that resonate strongly with my views on all things Spurs, the manager himself, ENIC & the “Project”.

However, I’ve also read the views of many Spurs supporters over the years, which are completely contrasting to mine, especially following our recent cup exits, and in fact, immediately following any moment of ‘failure’ I read this mix of apathy and disdain, sometimes hatred, from so many, that it got me thinking.. how did there become such a huge disconnect with what is being done here to our beloved club.

Now, I’ve never been ashamed to say it, but I’m a ‘happy clapper’ and I mean generally in life, not just with Spurs. My glass is always half full and bubbling with positivity. Therefore certain criticisms of the project, Daniel Levy and especially Poch, wrangles me immensely. Not because some opinions differ to mine, but due to what I believe are fundamental misunderstandings and misinterpretations of what’s involved here.

I’ll start by saying, neither Poch or the Chairman deserve any of the stick they’ve been levelled with this past few days – from fans, the media and anyone else with an agenda sticking the boot in. Before questioning their intentions, let’s not forget, Poch could’ve left the club sweating by not committing himself to see out this project, he would not have been short of offers. Which in turn would’ve precipitated much apprehension among our top players about doing the same. Conversely, the Chairman could’ve decided not to make Poch one of the highest paid coaches in Europe or signed up key players on bumper new contracts, because “he’s too tight” and could’ve decided to just cash in and reload.

Instead, unlike most in football, they stuck to their commitment and have shown they are in this project together, a common determination and collective goal to make our great club great again and be great for generations to come.

They share the objective to deliver the promised land for Tottenham. OUR club. A club that, thanks to the vision and commitment from the Chairman, will be around long after we’ve all gone and in a far stronger position than when he found it. They’re future proofing it beyond our wildest dreams. Let that sink in. Our performance on the pitch during Poch’s reign is remarkable, but the project started long before he arrived and he is a beneficiary of the years of hard work that came before him.

Sometime in the 1990’s Daniel had the backing from Joe Lewis to go and invest in football clubs due to the boom in sport on the back of the Premier League and explosion in media coverage. No great secret or surprise and nothing wrong in that, they are an investment company after all! After investing in multiple teams across Europe, in 2001 the opportunity to take a controlling stake in Spurs presented itself. ENIC divested from all other football interests to focus on transforming Tottenham into one of the best football clubs in the world. We became the project!

ENIC could not achieve this by ploughing 000’s millions of Lewis’ personal wealth into the project, like one or two other clubs have from owners for different reasons, (1) because Lewis is not an idiot or ‘parking’ money and (2) more recently because owners are no longer able to due to FFP, but what he did do was give Daniel complete backing and trust to go and implement the vision and to 100% focus on making Spurs one of the best clubs in world football. That it had to be self funded makes the Chairman’s achievement to date so amazing for me and why he “penny pinches” on every deal. 16 years of hard stressful and generally thankless work later, for the club and the area of Tottenham, the vision is finally becoming a reality. A stadium to grace any event on the global stage (that we own not rent, thank you Chairman) and in which our beloved club will soon call home. A training complex and player “sanctuary” that is second to none in Europe, and one of the poorest boroughs in the country being given a major regeneration including new homes and major social development.

It’s been a painful Journey for all at times, but have a step back and remember where we’ve come from. This kind of project doesn’t happen overnight, and takes years and years of planning, management, patience commitment and foresight to deliver, And yet, through it all, we’ve managed to compete on the pitch, as one of only 12 teams to have won silverware in 18 years, such has been the domination of the ‘top 5’ that none of the other seven trophy winners have more than a solitary trophy to their name during this time. More recently, despite the project at its most obvious, we’re competing against the best clubs in England and Europe for all the titles on offer. It really is an unbelievable achievement. And yet, all we hear from many is it’s been a huge failure due to a lack of investment.

It’s true, there has been failures along the way, but as a wise man once said, if you aim so high, even your failures will have in them an echo of glory, glory being the final chapter of this project.

Poch said it best – “It is easy to destroy, it is so difficult to build. It has taken 18 years to build the new stadium. White Hart Lane was destroyed in one day.”

So come on, let’s all get behind the chairman, Poch and all those committed to the collective goal to bring the glory back home to White Hart Lane, and make a wise man very proud.