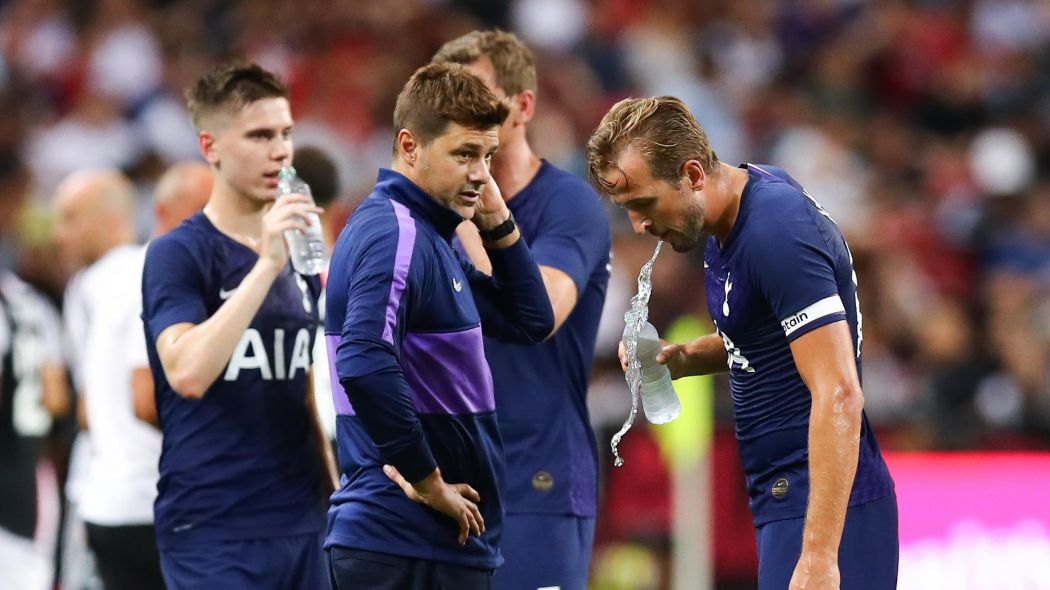 What is clear is that Pochettino and Spurs need a trademark style in the way Pep Guardiola’s City - quick-passing ‘tiki-taka’ - and Jurgen Klopp’s Liverpool - lightning play, particularly on the wings - do.

Last season was a strange one for Spurs; for the first time in the club’s history they had reached the Champions League final, yet the year felt lethargic, as Mauricio Pochettino’s tactical fingerprint seemed to wear off. Gone was the high-pressing, high-tempo football that was the hallmark of the Argentine’s philosophy and in came an indistinguishable style, dependent on great individual performances and the incredible mental strength that saw Tottenham through to the UEFA showpiece on 1 June.

Neither could put the trophy in Hugo Lloris’ hands, however, and supporters were left to wonder when the next chance to win Europe’s premier club competition would come along. Pochettino and Daniel Levy, meanwhile, got down to business.

On 2 July, midfielder Tanguy Ndombele arrived in north London from Lyon for a club-record fee of £54m, potentially rising to £63m if realistic targets are achieved. The Frenchman was, by all accounts, Pochettino’s first-choice target for the window, and to the surprise of many, his chairman had completed the deal. The likes of Juventus, Manchester United, and Paris Saint-Germain had all been beaten to his signature by the recently frugal Lilywhites, the midfielder becoming their first signing in almost 18 months. It felt like we’d gone on the best betting sites UK and won big!

It was a display of Spurs’ newfound financial might, funded by consistent Champions League qualification and the huge increase in matchday revenue through the temporary stay at Wembley, up to £42.6m for the year from £19m while at White Hart Lane, according to Reuters. That revenue is expected to increase further now that Tottenham have moved into their new 62,000-seater stadium, and so a negative net spend is unlikely to see them in too much trouble with the debtors.

On the pitch, Ndombele is the Mousa Dembele replacement that the Spurs midfield desperately needs – someone to take control of the ball, keep hold of possession, and provide stability when Liverpool, Manchester City, or one of the European giants is in town and the going gets tough. There are a few key differences, however: the Belgian was 25 when he was signed under André Villas-Boas, while Ndombele is 23; the France international is more capable of making an incisive pass through the opposition’s defence than the man he is replacing; and, most importantly, he has no known recurring injury issues.

Harry Winks has consistently put in great performances when available, and Moussa Sissoko has been a man transformed – from probably the weakest member of the squad to, in the eyes of many fans, Tottenham’s best player last year. There are still concerns, however, about how the midfield performs against the aforementioned sides, but with the signing of Ndombele and the strong links to Pochettino’s countryman Giovani Lo Celso, it seems that the Spurs coaching staff have decided to make large-scale changes going in to the 2019-20 season.

The potential departure of Christian Eriksen adds to the sense that Pochettino must look to adapt if he harbours hope of going one step further in the Champions League or seriously challenging the top two in the Premier League.

Pochettino toyed with a 4-1-2-1-2 diamond formation in various matches last year and, though not particularly effective previously, it may be the first-choice set-up when August comes around. With Winks at the base, Lo Celso and Ndombele in the centre, and Dele Alli or Eriksen in an advanced position behind Harry Kane and Son Heung-min, Tottenham would not lack for ideas. Youth is the name of the game, with Eriksen and Son being 27 when the season starts, Kane 26, Alli, Lo Celso and Winks 23, and Ndombele 22.

Winks could thrive as a deep-lying playmaker, with his ability to keep things ticking, and with Lo Celso and Ndombele in front of him, would be free to take on a more defensive role – less throwing himself into tackles, more occupying positions to cut off the passing lanes. Dropping Sissoko may seem harsh considering his form last season but with Ndombele taking up his modus operandi of breaking through the opposition’s lines with surging runs, the 29-year-old could be used as an impact player in the late stages of games.

Alli had a quieter season than has come to be expected, with injuries taking their toll, but a fresh start and a summer off should prove to be just what the doctor ordered. He lacks the creativity of Eriksen, but Lo Celso will be expected to take up the Dane’s mantle of pseudo-number 10 if he is sold. This leaves Alli to focus on what he does best – taking defenders out of the game with his intelligent runs, leaving Kane and Son to take advantage. Goals will certainly be forthcoming with a front-three that have scored a combined 185 league goals across the previous four seasons since Alli and the South Korean joined the club.

The downside to the diamond is the lack of width it offers, a problem that can be remedied with a pair of full-backs as strong as Liverpool’s. Danny Rose, though he may not be at the level he once was and may be moved on, or Ryan Sessegnon, would likely be good options on the left. The future of the right-hand side is uncertain, however, with Kieran Trippier moving to Atlético Madrid. Serge Aurier being inconsistent and injury-prone and Juan Foyth and Kyle Walker-Peters being relatively untested at the top-level of football.

The most likely choice of formation is the 4-3-3, which negates the necessity for full-backs adept at both attacking and defending. Using the same personnel, Winks, Ndombele, and Lo Celso would make up the midfield three, while Kane would be flanked by Alli and Son. The latter two taking up wider positions will stretch opposition defences and create the space between full-back and centre-back for Kane or Lo Celso and Ndombele arriving late (to exploit) allowing Sessegnon and Aurier, for example, to focus on their defensive responsibilities.

With a new right-back appearing to be fairly low on the manager’s list of priorities the 4-3-3 certainly seems the optimal layout for 2019-20. If Eriksen stays, he will be competing with Alli for the spot on the right, floating into the centre and playing his dangerous final balls.

What is clear is that Pochettino and Spurs need a trademark style in the way Pep Guardiola’s City – quick-passing ‘tiki-taka’ – and Jurgen Klopp’s Liverpool – lightning play, particularly on the wings – do. Despite knocking out the Mancunians in the quarter-finals of the Champions League, Tottenham tend to falter when playing both sides, looking rudderless in midfield particularly. The two of Sissoko and Winks are outnumbered and overrun; adding another body in midfield will alleviate this by providing another passing option and less space for opposing players when Spurs surrender possession.

There are signs that Pochettino will find a balance between the league leaders’ tactics, aiming to hold on to the ball and cause death by a thousand cuts while using the outstanding physicality of certain players to rip teams apart on the counterattack when the opportunity presents itself. City’s midfield is the obvious one for the manager to model his own on, playing Winks in the Fernandinho role with Lo Celso and Ndombele taking up the spots reserved for De Bruyne and the Silvas.

The comparison to Liverpool is more tenuous, as with all players available, it is unlikely that Lucas Moura begins the match alongside the undoubted starter Son, the two of whom are Tottenham’s most similar players to Sadio Mane and Mohamed Salah. Instead, Son himself, Alli/Eriksen, and the two furthest forward of the midfielders will be the runners that Kane will hold up play for and distribute to. Son is the sole member of that group who would be considered particularly pacey, but the others make up for it with their deft touches and quick feet, enabling them to escape pressing defenders and find a way out of tight spots.

English rivals have become accustomed to Spurs and the threats they pose and as incredible an achievement as it was, the run to that game in Madrid was powered more by luck than design. Pochettino has always focused on evolution, rather than revolution, but the 4-2-3-1 looks to have outstayed its welcome and the time has come for him and his players to show that they are able to adapt to new ideas.