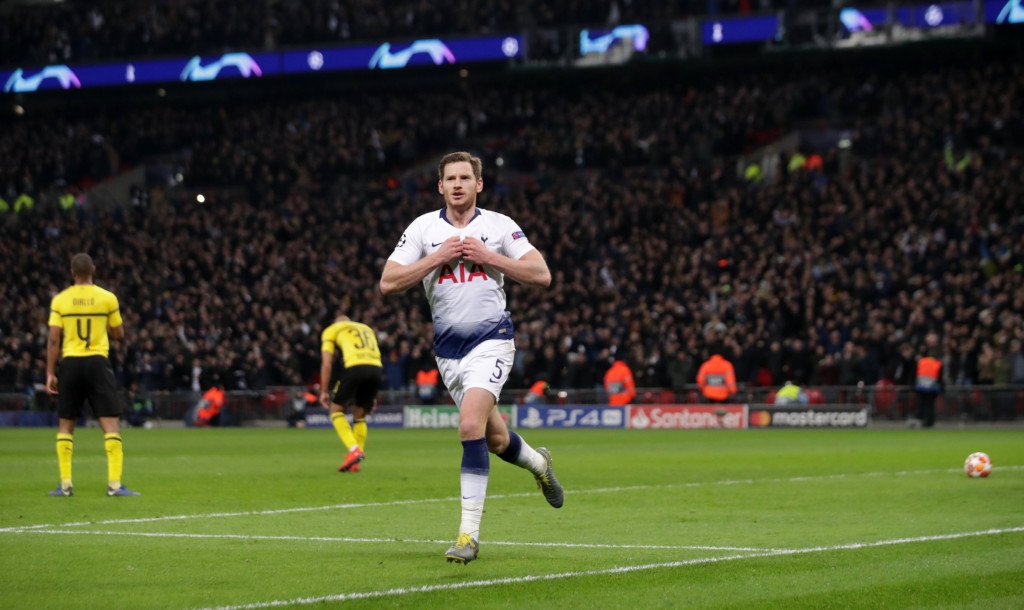 Every Spurs fan saw the opening, but none expected the inch perfect cross and sweetly struck volley that followed.

Tottenham scored plenty of fine goals last time out. A lot have got the attention they deserved, quite a few didn’t. This list is based on the goals that didn’t appear on the club’s official top ten goals of the season. They aren’t goals that definitely should have been listed, but they are great goals nonetheless. At the end of the day listing subjective things, like quality of goals, is futile. However, it’s the end of the season and there is no Tottenham related football (incoming transfers permitting) – making it the the most futile time to be alive, so we may as well…

Fernando Llorente’s season-proper got off to a rocky start. After Harry Kane suffered another ankle injury – the one even before the Champions League game against Man City – the big Spaniard comically put the ball into his own net against Fulham, in his first outing as Tottenham’s main striker. The team had just lost Son to international duty, Kane to injury, and later in the same game Alli to injury too.

However, after another non-existent performance in the FA Cup the big-man came good. Against Chelsea in the second leg of the Carabao Cup Semi-Final he was immense, like he had suddenly remembered how to hold the ball up. This game showed Pochettino’s new founded desire to change tactics overtly mid-game. Our manager switched to a 3-4-3 formation and that change brought about Fernando Llorente’s superb header.

The team had pressed Chelsea to the edge of their area but had a lack of options, Eriksen looked behind him and found Winks. Whilst under pressure from multiple blue defenders he picked a wonderful pass to find Rose on the wing. The in-swinging ball was just below and in-front of the 6-foot-5 Llorente, the Spaniard did not dive at the header but more collapsed into it.

Llorente is remembered more for his little bit with the wrist of God and a little bit with the hip of the man with a face like a god winner against Man City in the Champions League. Even his more-towering and regal last-minute winner against Watford in the Premier League. But his strike against Chelsea is his most skill-full effort. It shows his attacking guile and proved he still had something to offer.

Heung Min-Son vs. Leicester
The most surprising omission from the official list. Probably because people are used to Son producing magic with his “weaker foot”. This strike came just as the South Korean was regaining his form after a stint away for his national team. Although not as good as his goal of the season effort against Chelsea, this outside of the box curled effort reflects everything great about the smiley chap when he is at his best.

In a game which Dele Alli and Heung Min-Son dominated, as Harry Kane was rested, Son opened the scoring just before the half-time whistle. He cut inside, opened his body up – at that point Leicester should have known better – and thundered the ball into the top right corner. One of many great goals for the most two-footed player I have seen play.

Erik Lamela vs. Brighton
A goal that came early in the season when Erik Lamela was in imperious form before his season was curtailed by injury once again. A goal started and finished by Lamela in the Brighton rain. The Argentine picked up the ball from the Spurs centre-back and drove forward through the midfield before laying it off to the wing where Lucas Moura found Danny Rose charging forward, who in turn picked out Lamela in the middle who deftly flicked it home.

Probably the most forgotten about goal that deserves to be considered as great this season. Lamela’s early season promise, and this goal, suffers from Tottenham’s dramatic successes later in the campaign.

Christian Eriksen vs. Inter Milan
A win that dangled by its fingertips from a sharp edge, always promising to drag itself up as much as it looked like it would fall. That was Tottenham’s last gasp win at Wembley to give them the chance to make it out of their Champions League group. Eriksen came on off of the bench to give Spurs hope. After Harry Winks struck the bar in the first half and numerous other chances went awry. Inter had set-up for a draw and until the 80th minute it looked like they were going to come away happy.

That was until Moussa Sissoko burst forward as if from nowhere – a great metaphor for his career trajectory – ducking and diving past three Milan defenders before finding Dele Alli in the opposition box. Dele turned, shielding the ball with his back to goal – an example of his unique creativity in attack – before flicking the ball to Eriksen who lifted it over the charging keeper to give Tottenham hope. Boy did they take that hope and run with it. Up until the end.

Serge Aurier vs. Tranmere Rovers
Maybe a random entry. A game that Tottenham were always expected to win. However, what a hit this was, and from an unlikely source. The goal probably suffered as the keeper reacted too late to dive – goals always look better flying past a flailing keeper. Also, it looked like the ball could have taken a deflection, which detracted some of the appreciation of the strike. But I think it deserves a shout just for the unexpected nature of the goal.

Jan Vertonghen vs. Borussia Dortmund
One of my favourite games of the season. An unexpected trouncing against the best team in the German League at the time. Vertonghen was immense throughout and deserved his goal thoroughly. After setting up Son’s opener, the Belgian lifted his hand on the edge of the box calling for the cross from Aurier. Every Spurs fan saw the opening, but none expected the inch perfect cross and sweetly struck volley that followed. A showcase of the goal scoring exploits Vertonghen displayed in his younger days for Ajax, and the lesser seen excellent crossing of Aurier. It also birthed one of the best celebrations done in a Spurs shirt.