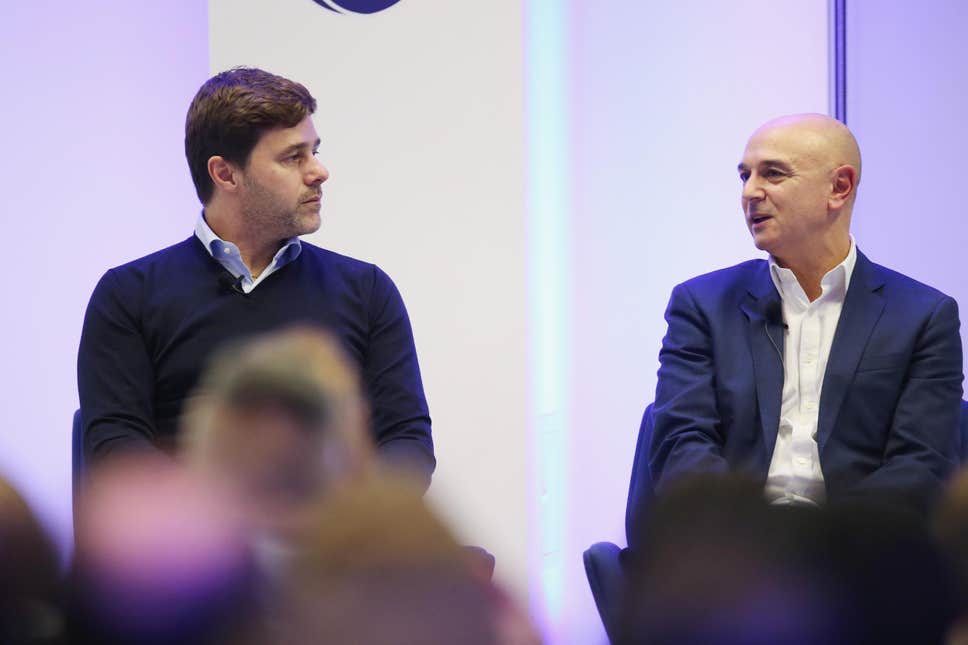 The twitter spat recently had some reactions thinking that this campaign would change the whole outlook of the club.

I’m not sure what I’m looking forward to more, the start of the season or the end of the transfer window.

The amount of wasted energy and worry that I see, particularly for Spurs, is frankly astounding. People who are reasonable and educated, understand others have become swept up in the ridiculous world of #BackPoch and the idea that there is some kind of struggle for power between Levy & Pochettino. The concept that you have to pick a side is bordering on bizarre.

The twitter spat recently had some reactions thinking that this campaign would change the whole outlook of the club. I reacted on our forum, perhaps a bit sarcastically, by saying ‘This is just like the time apartheid collapsed when they named a tower bloc in Peckham after Nelson Mandela’.

Though it does seem like the premise of a great Spurs themed Soap Opera. I was thinking of calling it ‘The Bald & The Beautiful’. The finale would have Daniel Levy waking up in a shower and realising that the Champions League final was all just a dream. I also want the titles where the camera flies over the training ground and the Dallas theme tune is played, at this point I realise I have given this concept way too much thought and might be looking for crowd funding for this and insisting that Poch wears shoulder pads for the next season (This a Joan Collins reference not NFL).

The point is that Soap Operas are not real, they are a construct, because the drama levels aren’t sustainable in real life. We’re making it into one to define why transfers haven’t happened or that there is one core reason/person responsible because we’ve only made one record signing. No one, barring some folks very unlikely to blog any time soon, would be able to tell you the truth and the truth is normally a lot more mundane than our collective imaginations have conjured up.

There is an ethos amongst some fans of a club having to meet specific expectations. There are various Chelsea, Manchester United and Woolwich fans who have been raised on success and when their team drop a level there is an anger there. It’s like a personal affront to them and what they believe they are entitled to.

‘This is not the club I bought into’.

Let’s not kid ourselves, there are Spurs fans with this mindset too, in fact any club that’s got a bit close to glory has an attraction to this mentality.

I am absolutely behind wanting the best for your club but I am also for enjoying it rather than it being a tick box exercise of just having your expectations met and how angry you’re going to be if it isn’t. That’s not part of your contract with your club. There really should be some kind of ‘abusive relationship’ clause for this sort of thing, that’s the problem with unwritten psychological contracts nowadays.

I suppose I just want other Spurs fans to appreciate that good things come from understanding what it’s like when there are bad times and that you can’t win every game and that’s ok. I want the fan sitting next to me who’s suffered from watching Jason Dozzell, not the one who expects Bale to be our next signing. I’m not that fussy. I’d just take anyone who doesn’t think the latter.

I have a vision/nightmare of the person next to my seat constantly vlogging every reaction to every moment, more concerned with what they’re saying than the match they’ve paid £60-£70 to watch. This happens at football, concerts, the theatre. Folk can’t put their phones down and just absorb the experience they paid for. It’s important they put their rant on YouTube or that this moment is part of their Instagram portfolio. Capturing the moment seems to be more important than appreciating it. Sometimes you need to reflect upon it to be able to do so.

I am now sounding like an old man moaning at things, whilst writing for a blog. I am at least self-aware enough to realise this but also self-aware enough not to be writing this on a laptop while sitting next to a fellow fan during a match.

Maybe it’s not the selfie sticks and the hunt for WiFi. It’s the fact that, for some, everything is a knee-jerk reaction and we haven’t processed what we’ve witnessed in full. It’s like saying the Se7en is a terrible film without realising the clever plot twist at the end and frankly there’s been some recent games with wonderful twists of fate Alfred Hitchcock would be proud of. What’s to say that won’t be true in the case of the Transfer Window too? We may still have our ‘Head in the Box’ moment to come.

It’s not over, there’s a few days to run and something will probably happen and if it doesn’t then we’ll make do and get on with things, but still, things are not as binary as they might appear. We don’t live in a Soap Opera after all.