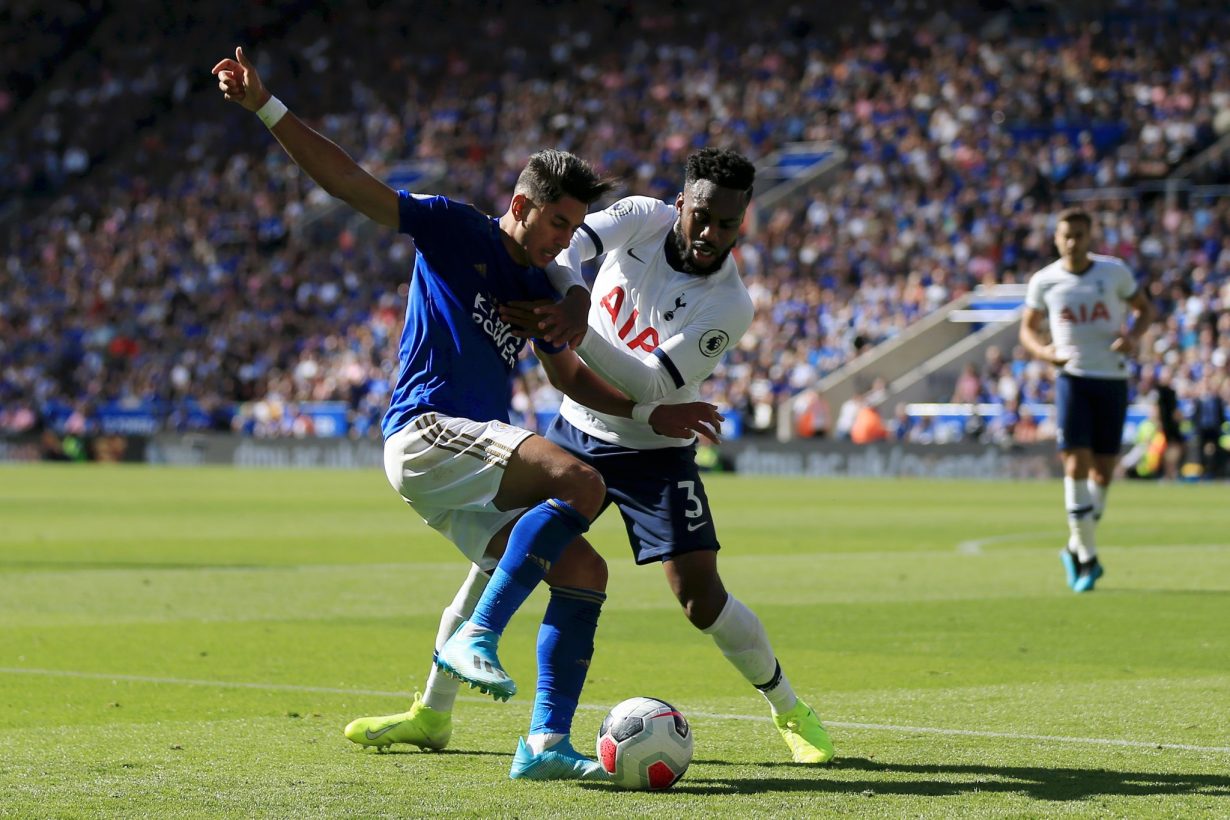 There's no doubt about it. We're in a state of flux. It's a mess if you dare to compare it to the benchmark we've set ourselves.

It’s never easy is it? Losing. Losing thanks to VAR. Them lot down the road getting plucky doesn’t help morale either.

You hangover? If not from the booze consumed then from the dollops of emotional baggage that has anchored itself into your mind refusing to let go. It’s crap. No doubting that. Especially as we can’t seem to shake off the stagnation of this steady drip drip drip of unfamiliar mediocrity.

If you’re still suffering, join the club. This will be a regular Monday feature. Hopefully a little bit more upbeat going forward. We’ll be keeping the heavy stuff (ooh tactics, player performances, selection f*ck ups) for more specific articles. This is more about scratching the existential itch this bloody football team gives me after the weekends football is done and dusted.

Going back to the mediocrity (lol), it is unfamiliar. Forget the 1990s. Even forget the gaffers before Mauricio Pochettino arrived. Since our ascension under the cuddly Argentine we have not shown signs of regression. Until now. Yet, here we are, still struggling to overcome this blip that persists in tormenting us. I might be exaggerating but then again I might also be masking an undeniable truth.

In the recent past, we have found a way. The team had a unified mentality to pull together and fight through it. The gaffer would work it out, from white board to the green turf.

But today? Are we still capable of finding a way?

We appear to want to connect the dots using half chewed up Crayons spat out by an ageing dog that needs to be taken out back. Where’s the big balls energy gone? Everyone, from supporter to player to coach, seems to be irritable and in some discomfort.

We’ve gone from zen Buddhist monk lucid dreaming on top of a hill to a whispering soap box preacher on the corner of Hyde Park that passerby’s can barely hear.

This is the worst ever Tottenham side I’ve seen in the past five seasons. A sorry state. ‘Back Poch’ they said during the summer when Daniel Levy went quiet for a few weeks before spending more money. Back him the fanbase demanded. That’s until the unexpected turbulence looks set to end with an unwanted detour. Then scream for the head of the captain because surely there’s no way now for us to take off again and get us to the yearly destination we now take for granted.

Where’s the support? Where’s the loyalty? Why so much angst and resentment? Why is the default response to a bit of adversity to turn our backs and scapegoat like a chimp with a machine gun?

Guess it’s more fun than hugging it out?

Of course, the loyalty is in those that keep travelling away every other weekend and the ones that pay stupid prices for home tickets. So I get it. Our loyalty is being used against us. It’s emotional blackmail. Walking away is something we threaten but we will never do it. We’re in too deep. This, and I’m probably not exaggerating now, is our life away from our life. Perhaps for some, it’s the life that has eclipsed their actual life. It’s a full time escapism that pretty much dominates most of our days.

Of course, other fans of clubs in lower leagues will be laughing at the ‘oh woe is me’ line we appear to all be spitting out over what truly is an elite problem that we’re experiencing. Food for thought, hey? Munch on that.

Right, so where was I? Plane analogy…

Captain Poch made us into this new shiny version of THFC. A private jet compared to the current choice of travel; a propeller plane that struggles to fly through the occasional storm.

Six games into the new Premier League season, several months of slogging and lethargic football, punctured with cameos of brilliance and dramatic moments; there’s no doubt about it. We’re in a state of flux. Our style and identity is no longer obvious.

It’s a mess if you dare to compare it to the benchmark we’ve set ourselves. If we’ve been over-achieving all this time, there’s no argument to be had; we are under-achieving now. It’s a proper ding-dong of a conundrum this. It’s still only six games (ignoring last seasons dip, not that you can really ignore it – it’s the same dip continued).

Time to rise up Tottenham. Coach, players and supporters alike. Time to leave the socio-economical politics of the match-day experience being one made up of customers and client-reference numbers and attempt to embrace the very soul of why this club choose us to follow them. Beyond the brand and the ridiculously priced tickets, the essence of belonging to this football club is still in there. Somewhere. Let’s stop pretending it isn’t.

We need to re-energise the spirit of what it means to be the new age Spurs and pull towards some of the momentum that fuelled our journey at the start of the Poch era. We need to take off again. Together. Believe it will happen rather than hope it might stick itself back together. Need some of that Gorilla Glue instead of the Blu-Tack we’re currently opting for.

Bit happy clappy right? What does this mean in more pragmatic terms? Because us believing won’t magically fix things if the ones with the real power don’t believe in themselves.

Well for starters, there’s not that much we can do other than react to what the players give us. So the onus is on them to make us feel good. Even though we should still let them know we love ’em. I mean, it ought to be unconditional. Even if some of the players have eyes on contracts and signing on fees away from our beloved club. Football is mostly a paradox and a wonderful ball of conflicting perspectives that are birthed from the same singularity. Yet we all see things differently and tend to deal with the same things very differently too. I guess my point is, one or two wins and all that angst is forgotten about. It’s that simple.

In terms of the pragmatism (I love getting side-tracked), we’ll get to that over the coming weeks when digging deep into the actual football analysis (here on NMTB) but still not ignoring the philosophical aspect that seems to be binned too often for finality and end of days rhetoric. But in a nutshell? Solidifying our first eleven, its structure. You know, formation, key players leading by example. The basics that everyone (the fans) can see whilst we all pretend the coach and his staff can’t. We need that synergy back. The whole is greater than the sum of its parts. But if parts are not functioning accordingly, the whole is a hole that sucks up points faster than you can say VAR.

It’s not just tactical shenanigans that need sorting. It’s that mentality. The missing one. The one that has been forged over many seasons. The one that made us competitive. That created a hunger for progression. That made the want for glory something realistic and not just some ideology based on delusion. There’s no going back. Not to what existed before. We’re too far gone now. We have set a standard. Which is why people are upset and frustrated. I get that. It’s because we all want the same thing; the very best version this squad of players can be. There’s still capacity for more. If they want it. We want it. They have to want it.

Spurs are caught between dimensions. Like Geordi La Forge* phased out of reality after a transporter beam-in accident on the Enterprise. He’s there but he’s not. Spurs are waiting for the next generation to phase back into a tangible presence.

*xG nerds will get the reference

I guess a more fitting analogy would be having a blank page with the heading ‘Chapter 2’ scribbled on it and no ink to start the introduction. Or the airplane one. I liked that one the best.

Purely from a hangover point of you…what you gonna do? Go support someone else? So much of all of this is out of our control so we vex by channelling our frustrations through the conduit that exists which results in a pretty abusive relationship between club and supporter.

If you so wish to place them (the good good times) firmly in the unreachable past then perhaps anything that isn’t that (peak Poch Spurs) is not great. The future hasn’t played out yet though, has it? Proper insight that. Can we perhaps give them the benefit of the doubt? Do we owe them that much?

If this is the end, if we’ve hit a brick wall, if last seasons run to the Champions League final was the conclusion we all deserved but didn’t quite get our hands on. Then what? We just carry on right?

Football today is so cutthroat with expectancy. Failures are deemed to be when they are not. Spurs do have untapped potential, for sure, there is always room for improvement at the highest of levels. Which is surely testament to where we are as a club today. If we have a wobble that gets worse before it gets better – so be it. We’ll get past it, learn some harsh old lessons and we’ll be stronger for it. What do you think will happen to Tottenham if we need more than a reboot (because an overhaul is defo on the cards)? Are you expecting us to fold like a deck chair?

This isn’t happy clappy nonsense m8 so stop shrugging and shaking your head. Spurs, the brand, is only going to get more financially powerful which means we’ll never be out of the running. That’s when things will really change. If you’re struggling to cope with the emotional stress right now, you just wait for that perfect future to play out, one where we do win things – where you then have to live by a new silver standard otherwise anything less is deemed to be that modern day failure. Even worse than the failure to not win anything in the first place.

Life at the top, trying to get to the top, isn’t easy. If it was, it wouldn’t be us.

So fasten your seat belts. We’re Tottenham. This is what we do. We go again.