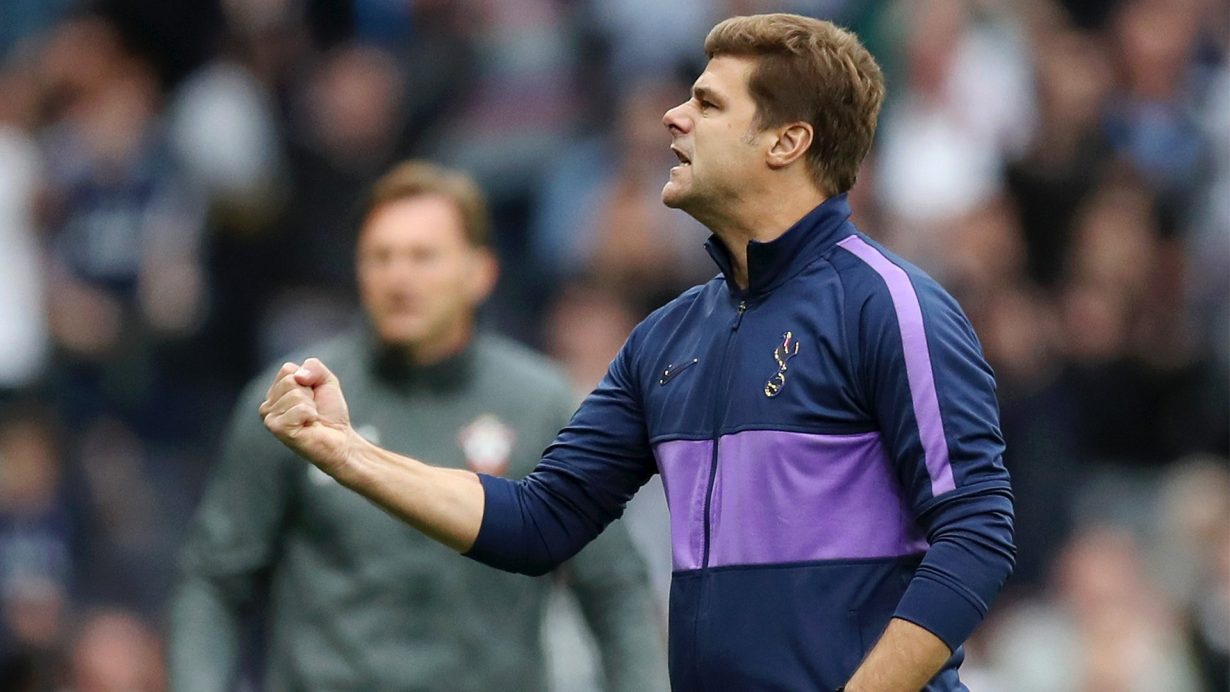 We displayed an impressive mentality considering how fragile we’ve been. So that mettle is testament to the teams unity. You know, because according to some, Poch has lost the dressing room.

Match of the Cock: Soton (H)

2-1 glory. Three points. No points lost from a winning position. Progress. Happy? Just about. Happy for deeper reasons than simply desiring a dominant rout (like the Palace 4-0 win). Happy, more because Spurs had to dig deep. There was a touch of the mettle about how reactive we had to be thanks to a couple of self-implosions that should have completely derailed and demoralised us, especially if you believe that team spirit is at an all time Poch-low. Yet it didn’t, even with the nervous start and the two errors.

We stood up and survived a fairly horrendous second half – not in terms of the application and discipline of our players. Horrendous because watching it wasn’t easy on the heart.

We displayed an impressive mentality considering how fragile we’ve been. If you did the maths and worked out those lost points from winning positions, you’ll get a nose bleed. Best not to then. It’s inconsequential.

So that aforementioned mettle is testament to the teams unity. You know, because according to some, Poch has lost the dressing room. The reality is, Spurs have around six or seven players that either want out or we want to sale. So for sure, it’s progress if we resembled a team once more. Onwards.

Okay. So this game had incidents. Two of which were firmly from the Banter FC highlights reel. Serge Aurier, surging into the shadow realm where all football common sense ceases to exist. His first tackle was brainless. In that moment he was sent off because the second yellow was far more subtle and perhaps (arguably) not quite worthy of the official reaching for his pocket.

But Aurier’s positioning was poor, on the wrong side of the attacking player, and a faint touch (pull-back) was enough for gravity to do its thing. Yellow was followed by red. The type of thing he always does that completely deflects attention away from the good things he’s more than capable of.

Hugo Lloris managed to top that. No, he wasn’t sent off but you’d have wanted to amputate both of his feet after a calamitous attempt to dance with the ball literally inches away from the goal-line.

Tanguy Ndembele’s goal was a deserved moment as he starts to bed into the tempo of the Prem. But Harry Kane’s deceive goal, when down to ten men, was the foundation for our second half display of grit. Brilliant sweeping counter attack with Son instigating the attack, Christian Eriksen only needing to push the ball along to Kane, who improvised with a shot into the ground and into the corner. Wallop.

The first half, the way it started, was tense. It was tense because the players were tense which made the supporters tense. That confidence oozing persona Spurs had is still in there somewhere, as seen with the Crystal Palace cameo performance. But it wasn’t an easy opening half. Soton played with wing-backs, doubling up on the flank whilst one or two of our players looked a yard off the pace, passing poorly. But amongst the struggling stood Tanguy Ndombele and Harry Winks, both industrious and effective. Students of discipline and composure.

Moussa Sissoko, grafted and covered ground like the loyal solider sacrificing himself for his band of brothers. He signed a new contract in the past week. Oh boy! That’s a pretty staggering quantum leap from where he was at the start of his Spurs career.

All three were superb, Winks especially is such a tremendous little footballer. He manages to encapsulate the high level build of the ultimate professional; intelligence, passion and energy.

Special mention to Hugo. He let Soton back in with his Keystone moment but he produced two world class instinctive saves to keep the game at 2-1 during that difficult second forty-five. Definitely conclusive proof that Hugo makes the right decisions with reflexes when there is zero time to think. Either that or he just has rubbish feet. It’s the rubbish feet. He’s got rubbish feet.

Loved Poch in the pre-match press conference. Okay sure, tin foil hat on, he was probably doing a bit of PR work to get back onside with the journo’s and also assist in numbing the rumours about unrest in the dressing room – including the unnamed senior player that is supposedly fed up with the same old thing in training with no fresh new approach on offer.

He delivered an all-conquering presser. He cited how he travelled with Daniel Levy to the FIFA Football Awards. He took ownership of the criticism, not deflecting blame away from his ultimate responsibility. He even defended the rights of the supporters, even those that have knee-jerked so savagely they’ve popped their knees dry of cartilage.

But for me, there was two quotes that stood out.

“Five years ago, it was the same, or worse. Because when we arrived here, never before had Tottenham played in the final of the Champions League, never were they a contender to be in the top four”

“Now we put Tottenham in a different level and the expectation is massive and of course if you don’t win one game against Colchester, you cannot expect from the pundits and the people to be talked highly of. It’s normal”

And when asked if he is the right man to take Spurs forward:

“I believe yes and I hope yes.”

Then in true Poch style, he gave a nod to the chairman and quipped a joke suggesting he’d get sacked if not.

For all the conspiracy nonsense (tin foil hat back on) surrounding how he was engineering a move away by subconsciously butchering his tactics – it remains hugely disrespectful. This is a man that clearly loves Tottenham and still, even after five seasons of competing, believes there is more to offer. Because of him we are a seasoned Champions League side.

Unlike the Sky Sports era of football, there is no ‘Top Four’ that completely dominate the upper echelons of the Premier League. There has been a flux or two from clubs in recent seasons. Perhaps this is ours. Which means if we want to make it into next years elite competition, we need to find some of that aggression we so often hear about being MIA.

Pr*ck of the Week

The official takes the prize this week. I just can’t understand (and probably never will) how some fouls are yellows and worst fouls are not. When is a card not given? When does the ref decide to just warn the player and suggest ‘that’s two silly fouls, next time you’re booked’? When does the ref decide that he’ll just give a card for practically anything? There was an incident where Kane was smashed to the ground and nothing was given. There is no consistency or logic to most of it.

It’s everywhere. The rumours. Which I won’t be mentioning here. But if you spend your time online, you’ll have read them and judging by the black eye a certain player was sporting and the low morale of another player, it’s easy to connect the dots and (tin foil klaxon) come up with a soap opera narrative.

What grates me here more than anything is the attention seeking joy some of our fanbase get out of sharing this nonsense. Sure, rival fans and click-bait banter accounts looking for low-blow likes and retweets enjoy this ilk of scandalous (and possibly libellous) content. But Spurs fans going fully-ITK and sharing it making it up doesn’t help.

Or maybe it doesn’t matter. Much like that deep-fake of Dele Alli that was doing the rounds a while back.

Maybe the player got a ball kicked into his face. Maybe the other player, with low morale, wanted to go to Spain in the summer. Bit too obvious that I guess.

Not the massive confidence booster in terms of a pulsating all action ‘firing on all cylinders’ showcase I was hoping for but we needed that. Players, Pochettino and fans. All of us.