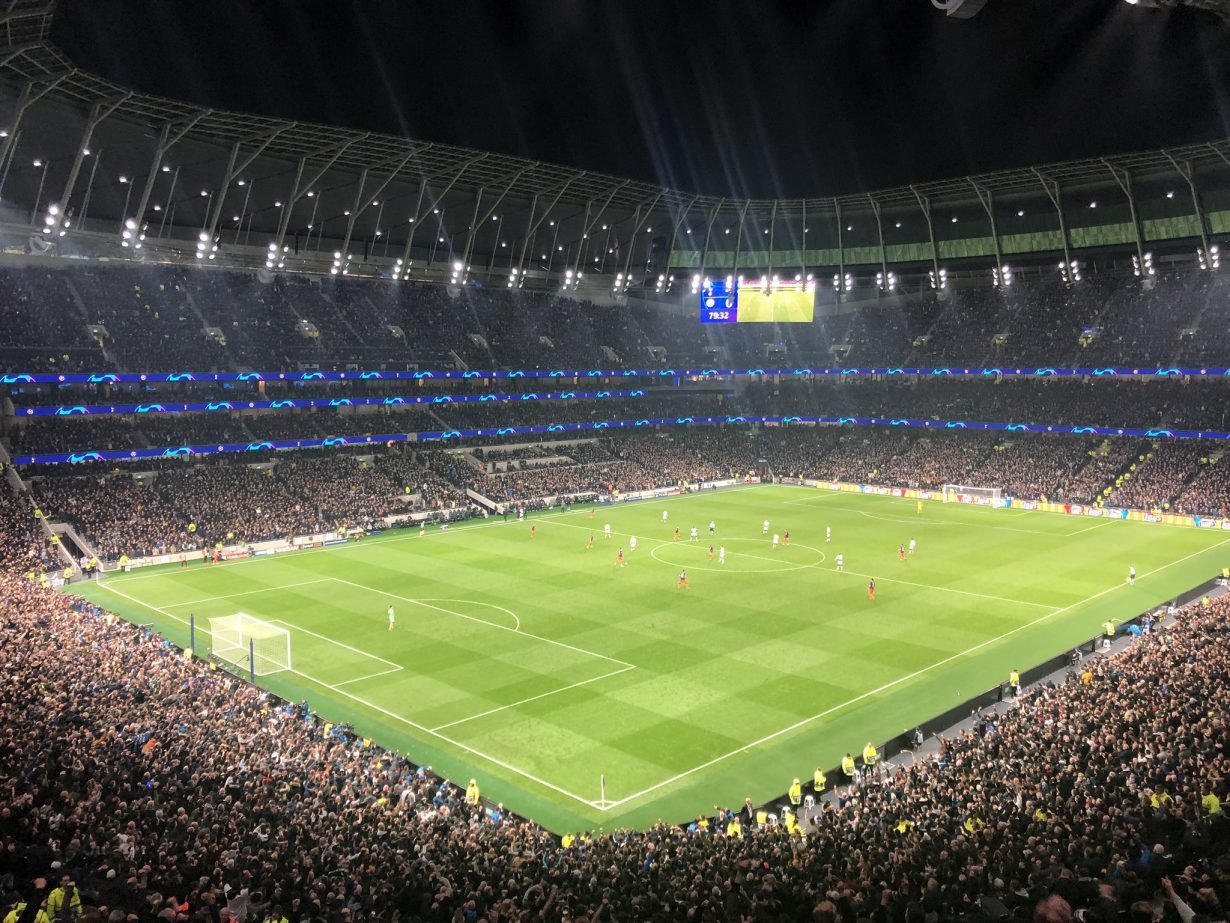 This is our first full season in our shiny new ground, meaning it is the first time season ticket holders have had to shell out shiny new prices...

When I first started going to Spurs, my Dad used to buy fanzines religiously. At first, he wouldn’t let me read them as they weren’t age appropriate, but as I got a bit older he relented and I would seize every opportunity to lap up every swear word and crude cartoon. And sometimes I even read the articles properly.

One regular column that stayed with me, though I can’t actually remember which fanzine it was in, possibly My Eyes Have Seen The Glory or maybe Cock-A-Doodle-Doo. Anyway, it was called ‘Being There’ and focused on the match-going fan experience. As I read the column, it served to cement in my mind the idea that attending football matches was the only true measure of one’s stature as a football fan.

In those days it was vaguely accepted that going to matches, at least occasionally, was part and parcel of being a football fan. Of course, there have always been ‘armchair fans’, but back when tickets were relatively affordable and supply tended to outstrip demand, there were fewer obstacles in place for the average fan.

Over the course of the Premier League Era™ though, the landscape has changed. There are millions of fans of Premier League clubs across the globe for whom attending a match is a lifelong ambition, while even in this country, extortionate prices have left more and more fans on the outside looking in.

And yet this notion that a club and its fanbase should be measured on the number of bums it is able to put on seats persists. Of course, we all had a good chuckle every time Arsenal announced attendances of 60-thousand to a half-empty Emirates and Manchester City’s futile attempts to claim Manchester as their own will always ring hollow while more people turn up to watch Europa League football at Old Trafford than Champions League games at the Etihad.

But at the heart of this measure lies a contradiction that underlines the conundrum facing football fans in the modern era. On Tuesday night, Spurs will face FK Crvena Zvezda (Red Star Belgrade in old money). There will not be any away fans in attendance, that much we know, but the bigger question is quite how many home fans will be there.

At the time of writing, there were still tickets available in 97 of the 117 blocks at the Tottenham Hotspur Stadium (it still feels odd that we support a team which plays in a stadium with 117 blocks). No doubt further tickets will sell in the coming days, but at this point it seems like a safe bet to say the attendance will comfortably be the lowest at the new ground.

Inevitably, this development will bring great outpourings of glee from rival fans revelling in Spurs being unable to fill their new ground only six months after it opened, and for a Champions League game no less. But delve a bit deeper and it really shouldn’t come as a surprise.

A lot has been asked of Spurs fans in recent months. The team played 58 matches last season and used three different home grounds. This is our first full season in our shiny new ground, meaning it is the first time season ticket holders have had to shell out shiny new prices. Last season’s false start, with its multiple refunds, created a system that effectively left season ticket holders with the luxurious option of picking and choosing which games to attend. The inevitable consequence being a huge drop in attendances for unglamorous midweek games which reached its nadir when 29,164 braved the January cold to watch us stumble past Watford.

The more revealing figure though, came out this week in the minutes from THST’s meeting with the club’s board. Always an essential read, the point that resonated particularly was the club advising that take up amongst season ticket holders for the Bayern Munich home game was 75-80%.

At first glance, that may seem unremarkable, but consider it for a minute. Arguably the biggest side to visit the new stadium to date, a true glamour tie, the first Champions League home game of the season and yet at least one in five of the club’s most committed supporters decided they’d rather watch at home than pay what the club was asking.

Of course, the game was still a sell-out and so the club could well argue their pricing was spot on. But, as THST have so consistently and eloquently argued, pushing your supporters to their limits time and time again will eventually have negative consequences.

Tuesday’s game could cause the club some embarrassment, and while we may feel a knee-jerk inclination to try and defend it in the face of the inevitable social media jibes, it is worth remembering what it is that we would be defending. That is a club and a wider ideology that sees fans as customers there to be squeezed for every last penny. Tickets for the Bayern game ranged from £52 all the way up to £98, with the vast majority costing at least £65. For all the appeal of the opposition, to charge such amounts for a group match is nigh-on indefensible and I would find it hard to criticise any fan who took the difficult decision not to simply stump up.

And it seems logical to conclude that many of those who did choose to attend the Bayern game decided that their tickets to the Red Star and Olympiakos games would be sacrificed. Again, how could anyone say that this makes that person less of a fan?

The uncomfortable truth of supporting a top tier Premier League club in 2019 is that each and every week, you are forced to make a choice: either you shut up and pay up, or you opt out and hope that maybe, just maybe, your absence helps send a message.

If empty seats are what it takes to make our club sit up and take notice, then bring them on.