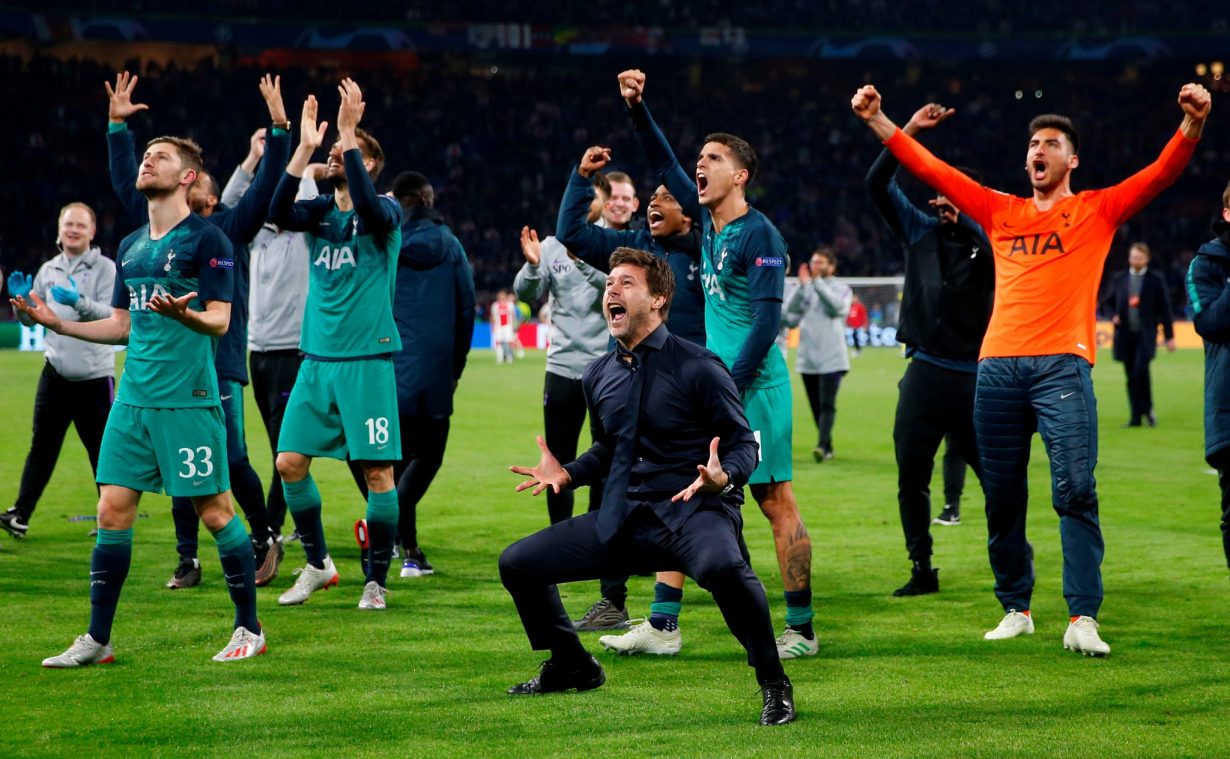 I still believe that Pochettino wants to fix things and is capable of doing so. After-all, this is his first seriously difficult period since he arrived at Spurs. But as far as players go then yes, we need to move on from a few and I suspect you all know who they are.

I remember the date well. 23rd February 2019. My better half and I had landed in Verona, Italy for a short city break. I was a little on edge because Spurs were playing Burnley away that day and I had to keep a track of the score on my phone. We were on a rich vein of form and Harry Kane was about to return from injury, so things were about to get better. After all the “wait until Harry is back” tweets had promised a beautiful finale to the season.

As it was, we lost 2-1 after coming from one down to equalise. Mauricio Pochettino lost his rag with Mike Dean that day and since that moment Spurs fans have used the result as the catalyst to lose their rag with our gaffer, Levy, and a whole host of culprits come scapegoats. It was the catalyst for indiscipline and complacency that cost us games, particularly towards the end of last season. Yes, I am looking at you Southampton and Bournemouth away in particular.

Of course, we had that wonderful joy filled journey to the Champions League final which covered over some patchy league form that still saw us scrape into the top four once again. This is just an elongated hindsight stick to beat certain people with. Perhaps Eriksen would have been hounded out a lot sooner had VAR not saved him in the Champions League Quarter Final 2nd leg.

The shame of it is that the Champions League final should have been the pinnacle from which to spring forward and elevate this team and these players to new levels. Sadly, it seems to have become our nadir because instead of pushing on we appear to have regressed. Maybe for some players it wasn’t the platform from which to build but rather the realisation that this was about as good as it would ever get at Tottenham. It would pain any fan if this was true. But the most common theme is that a few players have checked out already. Arguably Pochettino too.

I don’t buy into the latter to be honest. I still believe that Pochettino wants to fix things and is capable of doing so. After-all, this is his first seriously difficult period since he arrived at Spurs. But as far as players go then yes, we need to move on from a few and I suspect you all know who they are. Pochettino has been telling us that we are due a painful rebuild since last summer and with new faces arriving in N’Dombele, Lo Celso and Sessegnon, we were all excited with the steps that were being taken. But the issues then became familiar. Late signings; late preparation for the new season; transfer deadline day wrangling; injuries. But the issue most affecting us has been the lack of players leaving the club.

Most fans are bemoaning the lack of commitment/effort from the likes of Eriksen in particular. If we are honest, once it was evident that certain players were not going to sign new contracts then we should have shipped them out sooner and replaced them. But can you imagine the uproar had that happened. Selling Eriksen, Toby or Rose in their prime? Indeed, many were indignant at the thought of Danny Rose being shown the door even in the last transfer window and considered it an outrage that “one of the best left backs in the league” wasn’t being offered a new contract.

Many also wanted Trippier gone, (me included), but his absence is being bemoaned now. Of course the art of any transfer strategy is to find capable and often better replacements. We haven’t done that and full back remains a key area of need on both flanks of the pitch. But this squad has been elevated to such a level by Pochettino that to replace many of these players for better would have us shopping at levels that have been beyond our purchasing strategy for some years now. And this is not something that is about to change too quickly. In fact today there are reports that part of the “painful rebuild” he alluded to would include the introduction of more youngsters against purchasing ready-made stars.

Pochettino has come in for some flack and probably deservedly so since that fateful day in February. Squad rotation. System changes. Late substitutions. Integrating new signings slowly. Yet he has always been that way. Nothing has changed, its only the results and especially the league table that are agitating the fan base at the moment. Combine that with a drop off in form from many of our top players and we find ourselves in a bit of a mess.

Is there a quick fix? Not really. But if Pochettino can start to trust his new signings more then maybe that will be a start. Lo Celso instead of Eriksen. N’Dombele as a regular starter. Perhaps Ben Davies at left back. Sanchez instead of an ageing Vertonghen. Lucas to interchange with Dele. These may all be moves in the right direction. The only players that appear to have been playing with the same unnerving and consistent desire and energy have been Son and Lamela.

Personally, I would give the opportunity to Pochettino to do that for as long as his heart is still in this job and I personally believe that it is. For now at least. I hear loud and clear the messages that Pochettino has been sending recently in his press conferences. I hear them but they remain confusing. Having been on the stadium tour just the other day and seen the sheer number of interview rooms and the commitments he has to the media both pregame and post-game, it’s no wonder a repetitive message can easily become blurred. Perhaps it’s time to say less instead of trying to be so open. Or even better go back to when he needed an interpreter. Less is more.

November and December is a critical period of Premier League games for the club if they are to recover and maintain a challenge for top four. Pochettino has made us all feel like top four is a given, when really it never was. Especially if you consider having to navigate a stadium build, playing at different stadia and the subsequent inactivity in the transfer market. Yet here we are. In a week where following the Watford home game we were expecting to get pummelled at Anfield, we are disappointed and annoyed that we didn’t go there and win. Liverpool will beat many teams at their ground and will likely win the league.

It’s a difficult time no doubt and it’s during difficult times that players and managers prove their worth. As do the fans of a club.