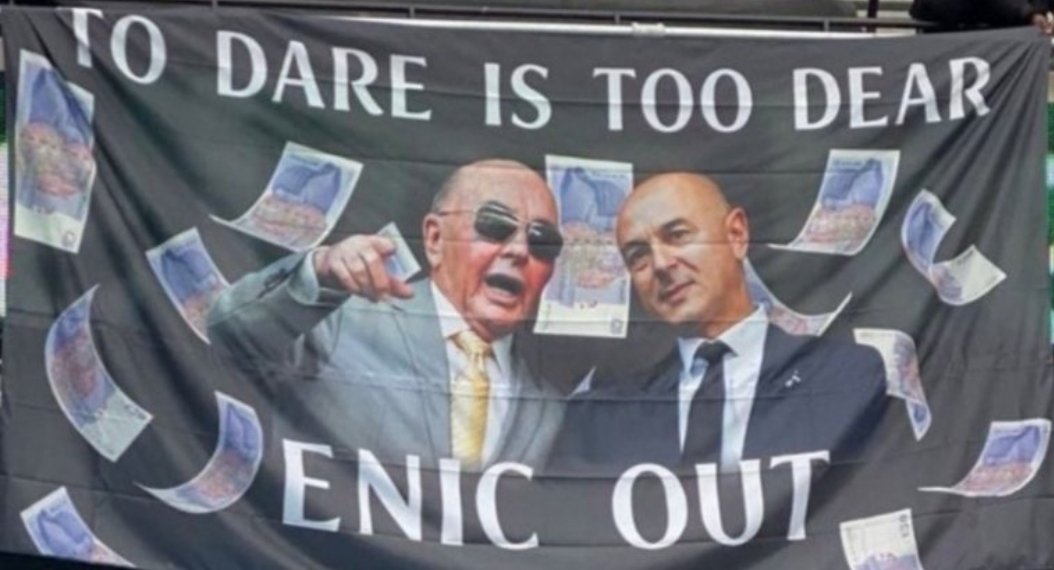 You also get those 'treasured moments' with winning things. Memories. The history books record the score and it’s there in black and white to brag about later on. But is that what you desire? To make numbers out of those moments?

When the season does restart (in one form or another – but not behind closed doors), it will be great to see all the boycotting and non-attendance at Spurs. All the self-isolating people are having to do now will be good practice for them to remain home on match-day and thump their keyboards in protest.

The fans taking satisfaction out of this Levy controversy (to furlough or not to furlough) with ‘I told you so’ gloats…er, you told us what mate exactly? You Nostradamus? If you have similar predictory skills then might I suggest some football betting sites for your perusal. Fans mostly (on Twitter) hate and criticise everything and everyone, so they are bound to get one or two things right. Stop making it about yourself proclaiming to know something before it’s considered gospel by the rest of the vocal minority.

Oh wait. It is about you. Numbers and likes and retweets and virtual pats on the back from other like minded individuals. An echo chamber of constant projected hate.

I think it’s driving people bonkers. Remember pre-Poch and during the first six months of his tenure? Plenty of ENIC OUT (Poch out) chit-chat doing the rounds. Then the football gets good again and it all goes silent. Those beers and pies are hard to stay away from.

I’ve seen plenty of hate too for the new stadium and a ‘everything is sh*t’ culture igniting more negativity. Look, White Hart Lane will never be replaced. It was the final chapter in Old Football. It will never be replaced -except it has. Whether we like it or not, it’s our responsibility to make sure the next generation of fans make it their home away from home. Like the Lane was for us.

When we moved into the new gaff, most gushed about it. It is an absolutely magnificent place. Let’s try not to emulate them lot down the road and allow New Football to dictate how we feel about THFC itself. Existential klaxon…the club is the supporters. It’s up to us to own this sh*t. Not to push ourselves further away from it. Home invasion. Go against the grain.

Then there’s the current badge of honour for the ENIC OUT brigade, comparing the past 20 years under Levy to the 20 years before. Without including any context at all. I’ve written about this before. Does it need repeating? How can you possibly compare different eras of football? How can you pretend Irving Scholar didn’t happen? The club on the brink of administration? The Sugar/Venables debacle? The hardship of playing catch-up to the ‘Top Four’? To suggest another chairman would have guided us to this point is also highly debatable. Okay, we might have won more League Cups and had days out, but come on. We gonna dance to this tune every time the football gets a little bland and the common cold comes at us tooled up with bat juice.

You also get those ‘treasured moments’ with winning things. Memories. The history books record the score and it’s there in black and white to brag about later on. But is that what you desire? To make numbers out of those moments? How about the ones that don’t get noted in record books? The resurgence. The ascendancy? The last minute limbs from a last minute winner? The swagger and togetherness? The connection with a set of players, a team, a philosophy? The belief that drives you on? The accidental journey that takes you within a touch or two of the type of silverware we never thought we’d flirt with?

The biggest highs in football are not always associated to cup finals. These highs should not be rendered irrelevant. If you think record books with a line on a page makes history, you’re doing it wrong. History is that moment when a player strikes with practically the last kick of the ball in injury time to score a hat-trick and take you into a European final. These highs are football at its very peak and they are treasured by the less fortunate as defining moments. The moment you step over that threshold and you’re winning things season in and season out, they are lessened. But I won’t lie. I wouldn’t mind experiencing the other side at some point in my lifetime.