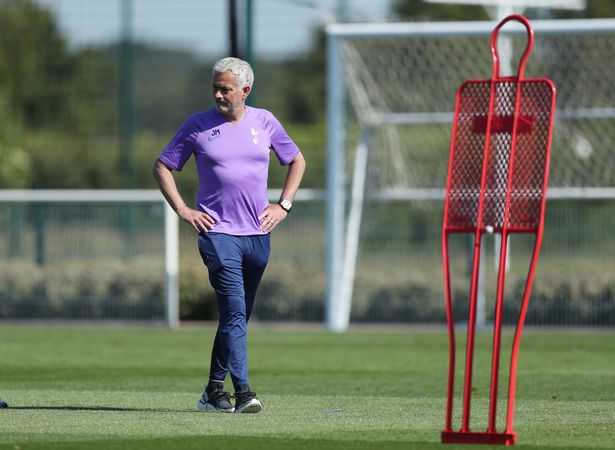 I'm glad Spurs are back. I am. I'm simply not bothered as much as the authorities and TV expect me to be. I need normality elsewhere to return first.

We have a date. The Premier League is going to be with us once more. A concluding cameo shoehorned into the summer so that…er…so we can all revel in the protection of this great games integrity. I think.

I’m sorry, I don’t have an autocue to read from. I’m having to improvise something positive here. Of course, at least we’ll be able to dabble with some emotional hedge funding, what with all the many nowbet bonuses awaiting us.

If you listen to the authorities and the media and pundits, this is great news for the morale of this country. It’s what we want. It must be what we want because why else would the FA and television and the rest of the billion pound bubble be so stubbornly persistent in forcing this conclusion to be completed? Aside from them wanting to crown Liverpool as champions, as opposed to perhaps giving us what we do want: a null and void season.

Let’s place the bitter banter aside for one moment. You know, the one where the corporate desperation is to crown Liverpool as champions, so much so that consideration for their own fans seems to be an afterthought. Maybe they plan to celebrate the day with a series of Premier League approved Tick Tocks to make up for no open bus parade. No supporters. I guess the fans aren’t part of any plans to uphold integrity.

What we want is for us to get back in the pub and the beer gardens. And when football accompanies this, then the morale of the country will no doubt spike – giving us a peak we’d most definitely approve of.

Let’s just think this through with a splash of pragmatism and realism with a sprinkle of empathy.

The latest is that six games will have to be played at neutral venues, because of police recommendation. Is this also being tagged with integrity? Along with those giddy suggestions that all games should be played abroad. Remember that nugget?

This is and has always been about money. Even Prem stars have proclaimed how crazy this all is, considering we’ve been second guessing COVID since it influenced every aspect of our everyday life.

They’ve been trying to get the league finished since the start of the lockdown, during which nobody could care less about playing football. Our civil liberties were being boxed up as we all sacrificed our freedom (together) to battle this virus. People were dying and even though the poorer clubs and the men and women employed by them would suffer far greater than the small percentage of the elite – it’s no different to any other industry. We’re all suffering.

I’m glad Spurs are back. I am. I’m simply not bothered as much as the authorities and TV expect me to be. I need normality elsewhere to return first. I couldn’t care less about the ambitions of other teams (purely from a football perspective rather than an economic one). I want to be back amongst my mates. I want to be around the sounds and buzz and drunken singing. I want to part of a social gathering that isn’t stipulated with rules on social distancing.

Football is only an experience when the supporters are present. Wanting to finish it without them is nothing more than a financial desire. It’s an unnecessary obligation fuelled by greed.