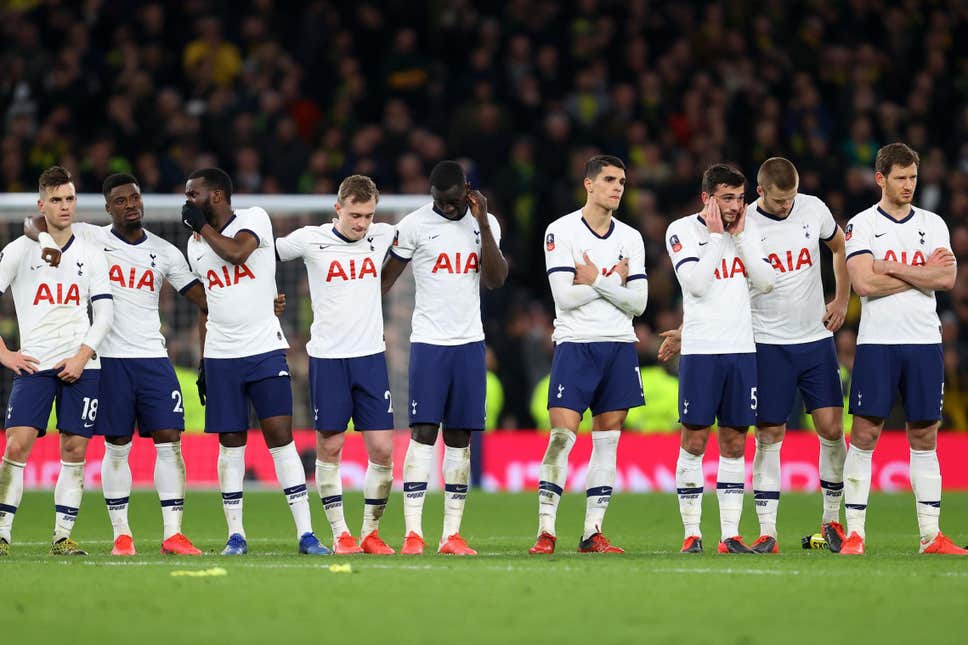 Though it is a longshot, do know that there are nine games until the end of the season, and we've seen Kane in some magnificent stretches throughout his career.

Tottenham Hotspur’s fans are very frustrated with the current season. They had high hopes coming into the 2019-20 campaign, which included seeing some silverware after years and years of waiting.

The last trophy for the Spurs came in 2008, once they won the League Cup after beating Chelsea in the finals. After that, Tottenham didn’t win anything, even though they had a superb generation of players such as the latest one.

Mauricio Pochettino built a group that was able to compete against any side in Europe, and it really is a pity for not capturing at least one trophy during his stay in the capital of England. They were runners-up in the Champions League last season, and were among top teams in the Premiership yet, nothing happened.

As for this season, the only thing left for them to fight is the spot, which leads to the UCL next year. And to say right away, it is going to be one hell of a task. Tottenham is 8th at the moment with 41 points, four fewer than Man Utd in the fifth place, which leads to the Champions League.

Spurs’ odds to reach one of the top five spots are set at 9/2. Chelsea is in the best position according to the bookies, and the odds on them are 1/6, Manchester United is next with 2/5, and Wolves are 3/1. Sheffield United is behind Tottenham and these sides, and their odds are 13/2.

Just to mention that Liverpool and Leicester are not in the combination and that there are two more tickets for the most prominent football competition in Europe. If you saw something which you like and want to stake some money on it, you can do it at freebets.co.uk, your best resource for free bet offers.

Those hopes for the title disappeared pretty soon following the start of the season, and up until recently, the two competitions where Tottenham had some chances to lif the trophy were the FA Cup and the UCL. Unfortunately, they were eliminated in both.

The loss against Red Bull Leipzig in the round of 16 of the Champions League was devastating for Mourinho and the boys, who hoped to get some kind of a boost there with a win over the Germans.

The Bulls weren’t even among the top favorites in this competition, which made it even worse for the Spurs’ fans to handle the loss. With 17/1, Red Bull is in the lower part of the candidate list. Manchester City with 11/4 is No.1, Bayern 3/1 comes after, PSG 4/1 is third, two Spaniards, Barcelona 7/1, and Atletico 12/1 are behind.

The reason for Tottenham’s poor performances are poor chemistry early on in the campaign, and after that, numerous injuries among which the one Harry Kane picked up apparently hurt this team the most.

The leader of the English national team was out since January, and he missed numerous important matches. Kane appeared in 20 EPL events and scored 11 goals, and despite not playing the same number of contests like top strikers in the league, he still has some chances of reaching the Golden Shoe award. They are slim we need to add, but the bookies keep him on the list even so.

Though it is a longshot, do know that there are nine games until the end of the season, and we’ve seen Kane in some magnificent stretches throughout his career.

It wouldn’t be odd for the Spurs’ leader to explode, specifically because Tottenham needs him desperately now. If that happens, the Champions League is pretty close.