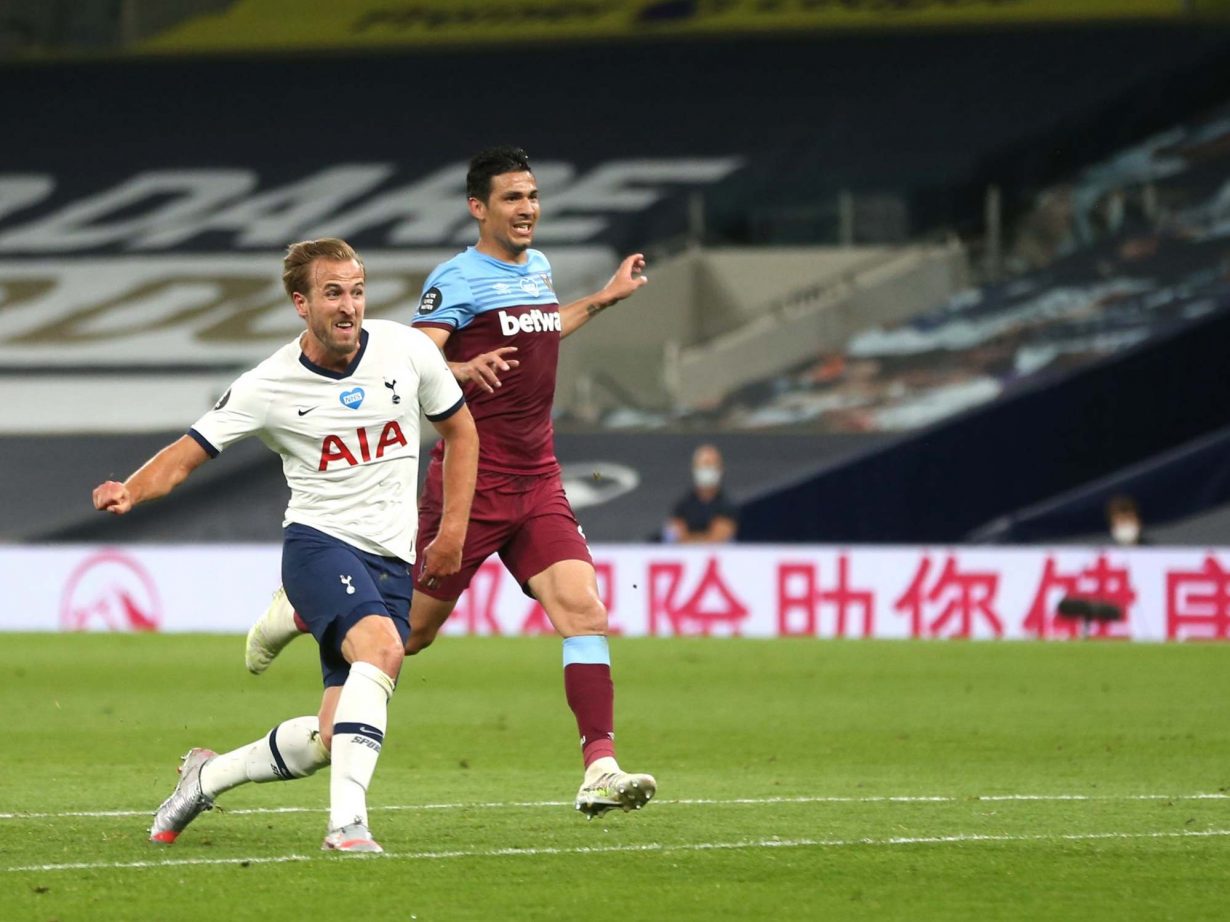 Football, and especially the derby against West Ham, was devoid of the energy and noise that always transcends the stands and gives vigorous blood and thunder to the proceedings

Watching football at the moment is a bit like Only Fools and Horses without the canned laughter. You know it’s funny, you know you should be laughing but without the audio cues, you feel a little detached from the punchline. It’s as though the laughing track amplifies the jokes and you’re part of an audience of collective appreciation.

Is this analogy working for you?

Tough. I’m sticking with it.

Football, and especially the derby against West Ham, was devoid of the energy and noise that always transcends the stands and gives vigorous blood and thunder to the proceedings. This game, every single touch and incident, played out in the exact same way but in front of a capacity crowd would have an altogether different experience – even if the product was identical. Of course, you could entertain yourself with a dabble of emotional hedge funding, with a Coral sign up promo code.

So, like an episode of Only Fools where the canned laughter has been removed, you know you’re meant to be enjoying it but you can’t quite sync into it. You want to hear the laughter echo alongside yours. In this case, laughing at West Ham’s plight.

Both the West Ham win and the score draw against Manchester United lacked the shine we have often taken for granted. But if you sit back and analyse the football and take into consideration the circumstances – was this a pretty decent four points claimed?

Yes. I guess so. I mean, it was alright. If we accept that players need to find a rhythm and tempo, with the likes of Harry Kane seeking full fitness and sharpness. Then yes. So far so good(ish). It wasn’t exciting, but if there’s no Del Boy or Rodney screaming abuse, there’s no extra impetus of influence to be had by the players on the pitch. In a distorted perspective, this might benefit them a little. Would you as a supporter really want to be inside the stadium losing your sh*t over a misplaced pass when we’ve had to endure 12 weeks of a pandemic, lockdown, social economic upheaval and a potential civil war of politics brewing?

The players might not have that extra push they usually feed off from the stands but at least they have a moderately stress free environment to kick the ball about a bit. Reclaim some form before the season ends and the pre-season proper restarts.

I thought we started slow against United, then found shape and punished them with a lovely Stevie breakaway run and goal. A little more finesse in the final third, in and around the penalty area, would have possibly seen us score a second and third. Erik Lamela was full of drive and tenacity, but lacks that incisive killer ball when it matters most. He was often wasteful when we needed inventiveness. Eric Dier performed admirably and then Pogba came on to steal a penalty with a cute pull to push Eric into giving away a pen.

I actually lost my sh*t when the ref pointed to the spot a second time. It’s the only genuine moment of emotion I’ve released in months (in terms of the football). Thankfully VAR cleared this up, but the sheer casualness of the official to give it in the first place felt like a disservice.

Dier, along with Winks and the aforementioned Lamela – the bright sparks in amongst the rust. Hugo was solid, Sissoko industrious as ever. Also, praise for the bending of the knee post kick-off.

West Ham were one dimensional. They most definitely missed their fans fuelling the passion levels. OG and Kane goals to seal it. Lovely to see Harry finish. These nine remaining games are a means to an end. He’s not played footie for a long old time and every appearance he makes is a step closer to a full recovery.

We pretty much bossed it in terms of chances created and containment of the opposing forwards. Son scored, disallowed for offside in textbook VAR style. The OG was messy but you love to see it. I never felt that Spurs were threatened by the visitors. Expected more from Dele. Didn’t expect anything less from Lucas. It was great to see Lo Celso start. Equally joyful for us to keep a clean sheet. And of course, applying pressure on West Ham (they went to 4th from bottom, tied to 3rd on points) is really quite funny. But irrelevant as there’s no away section to gesture towards.

Alas, regardless of the two results and the points, I can’t delve too deep into tactics and the rest. Mainly because I can not be bothered to do so. Ooh maverick blogger in ya face. It still doesn’t seem like football proper and my enthusiasm remains boxed up.