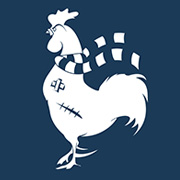 Some of us find it difficult to accept the heroes of our youth could have been superseded by the modern stars for example, whereas others, particularly the younger generation, refuse to believe there could have been someone better in the past.

As Harry Kane continues to reach milestones and set records, debates inevitably ensue as to where he stands in the pantheon of the club’s legendary goal scorers. Such debates are never conclusive of course, and opinion is often skewed by sentiment. Some of us find it difficult to accept the heroes of our youth could have been superseded by the modern stars for example, whereas others, particularly the younger generation, refuse to believe there could have been someone better in the past. In fact, it is very difficult to make a reasonable comparison anyway, since the game itself has changed so much.

Players are undoubtedly fitter today and far more football is played on the ground. When pitches were more mud than grass, and the ball absorbed water and became heavy, it made sense to play a more aerial game, so the traditional centre forward was strong in the air and physically powerful. His job often entailed barging his way through defences to meet a cross, and charging the goalkeeper into the net as he caught the ball was a common tactic. Then we have to consider the different type of striker, the quicksilver fox in the box whose method is more guile and timing than brute force.

So, how great is Harry Kane, and how does he compare to his predecessors?

For the purposes of this article, I decided to look only at the post-1950 era, so players such as Sandy Brown, Vivian Woodward, Bert Bliss, Jimmy Cantrell, George Hunt and Johnny Morrison have not been considered. I then compiled a not-so-short shortlist of each era’s main strikers before deciding as objectively as possible which had the most impact for the club.

In so doing, I eliminated some excellent players, and no doubt many of you will be furious at the omission of some of them, so the following deserve mention at least: Len Duquemin, Steve Archibald, Garth Crooks, Mark Falco, Clive Allen, Robbie Keane, Jermain Defoe, and Dimitar Berbatov. There are many others of course.

I eventually ended up with seven names who, in their different ways, were either crucial factors to their team’s success, or simply too good to leave out: Bobby Smith, Jimmy Greaves, Alan Gilzean, Martin Chivers, Gary Lineker, Jurgen Klinsmann and Teddy Sheringham.

Bobby Smith was a powerfully built battering ram of a player, whose physical approach was underpinned by a deceptively good touch. He understood his role in the team, and was extremely effective in fulfilling it, scoring prolifically and creating space for others. It is no coincidence that he was the centre forward in the Spurs side that swept all before them in the early sixties, his goals and tireless effort a crucial factor in the team’s success.

Jimmy Greaves remains the club’s record goal scorer, and his uncanny ability to find the net is the stuff of legend. Those that played with or against him are universal in their opinion that he was touched by genius. Although he could be lazy off the ball, he would invariably appear as if by magic when the moment came to put the finishing touch to a move, and it is sometimes forgotten that he was one of the great dribblers of his day. His consistency in front of goal was staggering when viewed purely statistically, and sets him apart from his peers.

Alan Gilzean came to the club from Dundee as a prolific goal scorer, but it was his ability and willingness to adapt to the needs of the team that made him great. Recognising the merits of Greaves, he became more provider than goal scorer, his deftness of touch with both head and feet a major factor in the continuing success of his partner. Later, he proved similarly effective with a completely different kind of player in Martin Chivers, and remained a first choice player until his retirement at 36.

The aforementioned Chivers possessed all the assets of the ideal centre forward. Tall and strong, equally comfortable on the ground or in the air, faster than he looked and capable of scoring from anywhere, his only deficiency appeared to be a lack of aggression, often a bone of contention with Bill Nicholson. It may have been unfair to compare him in this way with Bobby Smith, as he had so many qualities and was simply a different kind of player. What is not in doubt is that for a few seasons, before injuries slowed him down somewhat, Chivers was arguably the best centre forward in Europe.

Gary Lineker was a pure goal poacher, a quick, athletic, intelligent player, who had a rare sense of where to be in order to score, which he did with ruthless efficiency. The rest of his game may have been underrated by some, and although it is fair to say he wasn’t bounteously skilled, he was a manager’s dream, a player who guaranteed goals. Although spending only three seasons at Tottenham, his contribution was undoubtedly a great one.

Teddy Sheringham, like Gilzean, was a player who evolved his style throughout his career to best suit the needs of the team. He formed several outstanding partnerships for club and country, always utilising his many skills to maximise the potential of the side. As a front man he was just as effective as the focal point as he was as the foil, lacking nothing in ability except outright pace, a deficiency he made up for with timing and vision that few could match.

One of the players who benefitted from Sheringham’s brilliance, was Jurgen Klinsmann. Few players have had as immediate and dynamic an impact as Klinsmann whose wholehearted endeavour was matched by his excellence on the pitch. Strong running, with a keen eye for goal, he was a willing work horse whose team ethic was punctuated by moments of individual brilliance. Unfortunately his two spells at the club were brief, but he left an indelible mark.

And what about Harry Kane. Is he as great as those described above?

In my opinion, he certainly belongs on a list of the very best strikers the club has had, and considering he has possibly yet to reach his peak, it is conceivable he may even become better.

He brings goals in abundance, is two-footed, commanding in the air and physically strong. He can go past people, link play, shoot accurately from distance or tight angles and has great vision and passing range. His work rate is phenomenal given the demands of the modern game, and his commitment is unquestionable. His coolness in front of goal and success from the penalty spot are evidence of his mental strength, a vital asset for a striker.

And so, my conclusion.

Jimmy Greaves is certainly the best pure goalscorer the club has had to date, but Kane is (just about) the most complete striker. At this point I’d still have Greaves as the greatest, but if Kane stays at the club for a few more seasons, he could even supersede the great man himself.

But of course, this is merely opinion, albeit carefully considered, and I’m entirely open to argument in favour of others. What is not in doubt is that if Kane leaves or retires without the trophies his service and skill deserve, it would be a crying shame.