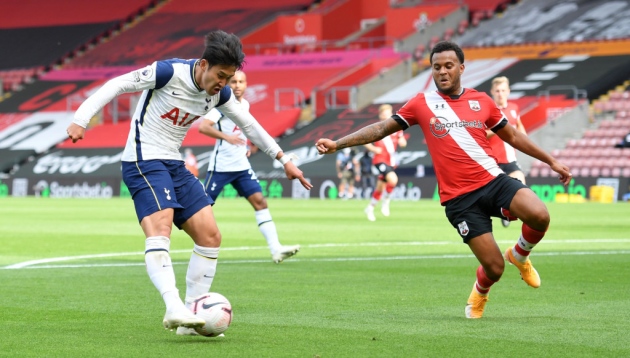 A pal of mine said to me that watching Spurs off the pitch has been a lot more entertaining than watching them on it. Up to the second half at Southampton, I’d say there was some truth to that.

Every time I write, I feel steadily like I’m sounding like a man who wants to live in a different age and it’s not just Spurs I find myself musing upon.

Let me take you back to a time when people didn’t spend half an hour taking photos of their meal for Instagram before tucking in. Where fellow concert goers weren’t standing up holding their phones in your eye line and just lived the moment of being in a crowd and soaking it up. Where every piece of news did not create an extreme response which sparks either despair or elation. Where there was time to process an event in your life and talk about it with luxury of perspective and proportion.

The simple idea of stoicism is when something bad happens it’s not the end of the world and when something good happens that’s great but not a guarantee that every result will be good from then on. This is possibly the best emotive filter when it comes to Spurs, an atrocious performance against Everton does not mean we need to replace the squad and that Pierre Emile Hojberg is ‘ended’ after his competitive debut.

It also means that re-signing Bale is maybe not the greatest moment in our history and the pre-cursor to a Bale statue taking the place of the golden cockerel on skywalk, yet. Let’s, for the sake of argument call it ‘Talksport’ mentality to react to everything, which now seems to have evolved to Twitter and certain Youtube fan channels.

Everything is seen through a filter of reaction, if we look at the win the other day, there’s a lot of Dele content; his omission being a shock. I’m going to guess it wasn’t for his fellow players or himself given some reflection. Bear in mind too that there’s a lot of games coming up and right now he’s not playing to his potential and that there will be opportunities for him to turn this form around. My only sense of surprise is that anyone would be shocked at being dropped for a game.

A pal of mine said to me that watching Spurs off the pitch has been a lot more entertaining than watching them on it. Up to the second half at Southampton, I’d say there was some truth to that. It’s hard not to be frustrated when we play without structure or a discernible system but we’re in the first week of a very odd season. New players have to bed in and transfers (both ways) need to be concluded.

Our midfield is still a dysfunctional puzzle and a good half with two world class performances from Son & Kane doesn’t necessarily solve the quandary at the heart of this problem. That balance needs to be found and that seems best with Hojberg and Lo Celso forming a decent attacking partnership with Ndombele and Dele working their way back in to the line up to add to the mix, it will need time to develop to be consistent and functional.

I can recall a few years ago Alan Hansen bemoaning a Manchester United team losing 3-1 at Villa in the ’95 season on their first match with the infamous ‘you’ll win nothing with kids’ comment. That team won the Premier League, of course. The lesson remains the same, nothing is over and nothing is won in the first week of a season. In 10 games time you’ll know what kind of team you have.

At this point, if you think it’s plain sailing from now on or that everything is going to the dogs for us, you could be right but you’re not informed enough to be. This why patience, stoicism and a sense of proportion will make the whole experience tolerable maybe even enjoyable, but let’s take one step at a time.