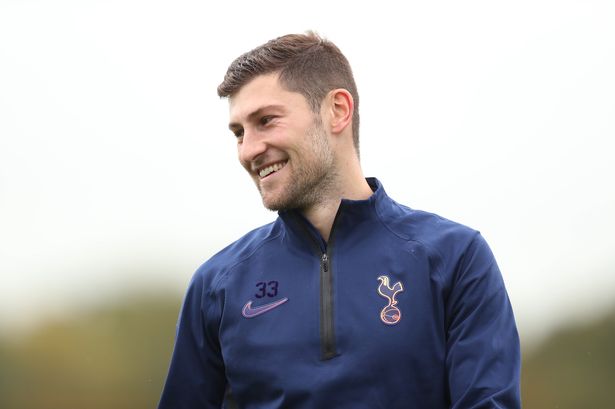 His position in the first team was immediately stunted by Poch’s admission that he was brought in as “cover” for Rose. If we’re being totally honest, that has largely been Davies’ role for Spurs ever since his transfer.

Once compared by his manager Michael Laudrup to the great Paolo Maldini, tipped to follow in Bale’s footsteps and primed to become a top-class left and centre back. Why hasn’t it quite happened for the former PFA young player of the year nominee?

Davies arrived at Spurs as a 21-year-old, off the back of an impressive couple of seasons for Swansea. Deputised for the injured Neil Taylor, he certainly made the most of his opportunity. 9 clean sheets, 1 goal and 2 assists in his breakthrough season (2012/13) backed up by a further 7, 2 and 1 the following season was enough to attract the attention of Daniel levy and Spurs. He became Pochettino’s first signing (!!!) as Spurs boss, brought in to provide competition for Danny Rose. With a view to “playing as many games as I can”, Davies rejected Liverpool in favour of the North London outfit.

However, his position in the first team was immediately stunted by Poch’s admission that he was brought in as “cover” for Rose. If we’re being totally honest, that has largely been Davies’ role for Spurs ever since his transfer. Always seen as the more ‘defensive option’, he didn’t (and still doesn’t) have the attacking output required for Pochettino’s free flowing attacking football. His 3 goals and 12 assists in the league seem to support this assumption. Always appreciated by the fans, he just hasn’t been the elite tier full-back a title-pushing, top 4 side needed.

However, with the arrival of Mourinho in November, it seemed as though Davies’ fortune, along with his role, was going to change. Tucking in to play as a 3rd centre-back in possession meant Davies could really focus on his defensive play and worry less about joining the attack. Obviously, his well-documented injury in the first game of Mourinho’s tenure delayed the deployment of this strategy but since his return, it has proved a quasi-successful tactic.

So, it finally looks as though Davies has found his position, playing to his strengths as a first team player and no longer the back-up. He is the starting left-back. He is the man Sessegnon and Cirkin are looking to displace (and learn from). That is of course, until Spurs signed Sergio Reguillon. The Spaniard who directly contributed to 6 goals last season (2G’s, 4A’s) compared to Davies who hasn’t registered either since the 2017/18 season. The Europa League winning left back who registered 49 dribbles in the league last season, 2.5 times the amount of Davies, Rose and Sessegnon combined (I caveat this with the inconsistency of all 3 due to injuries but still). It would be fair to assume that this probably relegates Davies to back-up once again.

A reliable, loyal, and much appreciated member of the squad. Davies has long-been an incredible servant to this club. But all this begs the question; what has he done wrong in his Spurs career? Well… it’s not a case of what he’s done wrong, more that he hasn’t done enough right to please our highly demanding fanbase.