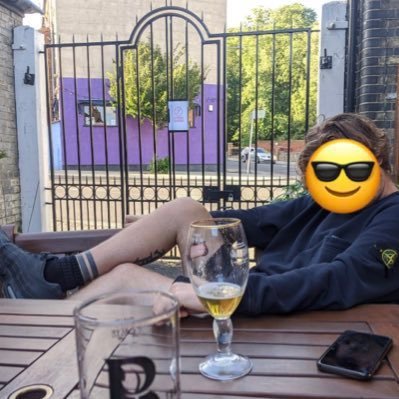 It seems the only thing longer than the debate around the Argentine between fans was his injury list.

Its finally happened. Well seems to be happening. Erik Lamela is on his way out of the mighty Spurs.

The man who was touted as Gareth Bale’s replacement but has more likely ended up being a slightly tricky answer in the sports round of a pub quiz, looks to be leaving for good. Lamela has always split the Tottenham fanbase. It seems the only thing longer than the debate around the Argentine between fans was his injury list.

The man who was signed for thirty-million when thirty-million was big money looks to be heading off to see out his final years in sunny Spain. Let’s hope the Sevilla medical team haven’t booked any time off for the foreseeable future.

When Lamela joined us, we were struggling for identity, hoping to break into the top four. As he leaves our club eight years later, we are struggling for identity once more and hoping to break into the top four. Okay maybe not everything changes, but with Lamela leaving a small epoch in Tottenham’s history comes to a close, the last of ‘The Magnificent Seven’ leaves the club.

But what legacy does he leave?

Coco exists in a strange place in Tottenham’s history. He was signed as Bale’s replacement but became more known for his tough tackling and willingness to get inside the opposition’s head with nasty fouls and vastly enjoyable acts of on-the-pitch-violence. Yet he also boasts two rabona goals. How many players have ever scored a rabona goal, let alone two? And one of them coming in one of the biggest games of the season, but in true Lamela fashion the goal can’t really be enjoyed because it’s impossible to ignore the drab, depleted way we succumbed to a North London Derby loss that day.

Scores the goal of the season but we can’t fully enjoy it.

Lamela was signed as an attacking player but never managed to consistently perform at the top level for Spurs. He scored a few goals here and there, absolutely loved a pre-season but on the pitch his career at Spurs needs to be described as patchy at best (in terms of attacking output).

His on the pitch antics is where he has won admirers at Spurs and why some hold him so dearly. Because for some, football isn’t all about who scores the most, who has the most key passes and assists. It’s about causing mayhem and what modern football fans have coined “shithousery”. The stuff that goes against the grain. The glitches in the Matrix. That culty shirt tucked out socks rolled down F-U to what is meant to be proper.

Lamela may never have got close to a Ballon Dor but for some Tottenham fans he’ll go down as a Ballon Dor shit-houser. The Martial red card, winding up Wilshere, stamping on Fabregas’ hand. Lamela has so many fantastic moments of being a bloody thorn in the side of the enemy.

He wound players up, he scrapped calves with his studs, he called Jack Wilshere something we all want to; these are great moments that will go down as Tottenham folklore with certain parts of our fanbase, but with other parts he’ll always be seen as expensive flop who epitomised the mis-management of the post-Bale era.

It is very easy to be cynical in modern football and especially in this stat obsessed era to write Erik Lamela off as a flop. He spent more time on the physios’ bench than he did playing any real football for us but what Lamela did was to give us moments.

He never had a consistent season for Spurs. Most years were blighted by at least one long-term injury but the moments he gave us are almost at an opposition of what a modern fan is supposed to enjoy. In modern football Spurs fans in particular are told that if you didn’t win a trophy it doesn’t matter, trophies are the only enjoyment you can get from football, no trophy no enjoyment. But Lamela gave us on the pitch moments that aren’t even comparable to any particular tangible objective of media defined ‘success’. Or even goals themselves. Bale’s screamers are a joy but they’re expected. There’s something extra enjoyable about seeing Cesc Fabregas writhe around in pain after Lamela has just nonchalantly stood on his hand. A lot of Tottenham players have scored fantastic goals but how many have had Cesc Fabregas screaming and pointing at his hand to Mark Clatternburg?

It’s rare a player manages to wind up opposition players as much as Lamela did and for some fans that’s enough. It justifies his eight year stay at Tottenham. They’re within their right to feel this way. Football players don’t always have to be defined by the stats and Lamela falls into that category.

His legacy at Tottenham is one of unlived potential, (rare) glimpses of sheer quality but overall a genuine sense of individuality. In a world where even the best players can seem to lack personality or are so sanitised by the brand’s they represent and aren’t allowed to break character, Lamela managed to get his soul out on the pitch.

Like a large amount of people connected with Tottenham, Coco will leave with no winners’ medals and a lot of “what-ifs” but he will leave the club with a not necessarily large but committed section of the fanbase who will forever love him because he’s Erik f*cking Lamela.