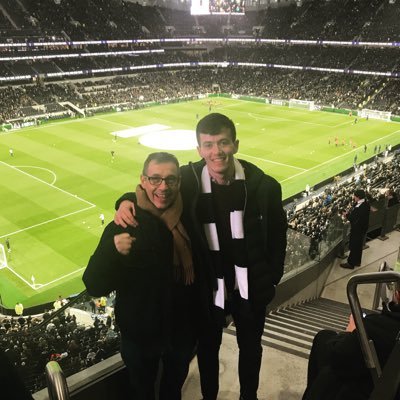 ‘Hope but no expectation’ is almost the epitaph for this period of being a modern Spurs supporter.

Well, here we go again. After a superb Euro 2020, and a much welcomed break from the emotional weight of following our cursed football club, Tottenham Hotspur are back. There is nothing we can do about it. We are all ready to get hurt again and we love it.

For the first time in 5 years, we are going into this season with zero expectations. After our strange rebound relationship with Jose Mourinho and the long mourning period for our special Argentine, it finally feels like we have a blank slate at Spurs.

Nuno Espirito Santo is about the right coach for the level of our club at the moment. A man who gives off firm but friendly uncle vibes, and knows the script he has to read-off to win us all round. I am sure we will hear the term “DNA” many more times in his press conferences as Levy wants him to talk it into existence that the club has heard our frustrations loud and clear. I doubt Daniel Levy will ever truly will get it and what our DNA truly means, but after the toxicity of Mourinho’s time in charge, I am just excited to focus on the football once again. I don’t want Spurs to be a soap opera anymore. And I do think Nuno is the man to start healing some of those wounds.

Given that for so long we over-performed with Mauricio Pochettino and then subsequently under-performed for quite some time, it is nearly impossible to gage where Spurs are at currently. Generally, I think Spurs are one of the biggest unknowns in the league next season. Although there seems to be an established top 4 (Manchester City, Chelsea, Manchester United and Liverpool) for the first time in a while, we forget that we were top at Christmas last season and even beat United 6-1 away. Then again, we also finished behind West Ham and Leicester who both seem to be building well and have a coherent transfer strategy in place (unlike us).

I am excited to ride the Premier League rollercoaster once again and this time I have hope but no expectation. ‘Hope but no expectation’ is almost the epitaph for this period of being a modern Spurs supporter. I pray that as a fanbase we are all generally in this state of mind, otherwise it could get pretty toxic when we inevitably lose two games on the bounce.

Nuno’s words echoed Pochettino’s first as Tottenham Head Coach in 2014: “My promise is to you, we’re gonna make you proud, we’re gonna make you proud.” There was no reference to silverware, winning or any end result. Mourinho inherently views the world of football teleologically and frankly that is just not what it means to be Spurs. As a club we are about the journey, not the destination. Doing things with a flourish, in style and echoes of glory even in failure. I would take Amsterdam over a Carabao cup anyday.

We have all been so disappointed by the way things have gone at Spurs recently: from our circus 72-day manager hunt to Harry Kane wanting to leave and generally the club sliding a long way backwards. Hopefully now we have hit that rock bottom inflection point and the pain of our painful rebuild will start to subside. We also need to be very aware that all of the problems at our club just aren’t real problems. We finished 7th in the Premier League last season and are one of the richest clubs in the world. Not exactly the existential threat a lot of clubs are going through right now.

As a fan base, I think it is worth resetting and considering what we want to see from Nuno’s Spurs to make us proud. In my view, the team should represent and respect the way we see the game as Spurs fans. I want us to play without fear and on the front foot, use players from our academy and try (somewhat) to win in style.

The comparisons between Nuno and Jose are lazy. If one of them wasn’t Portuguese, I highly doubt they would even be in the same sentence. Last season’s Wolves were disappointing but it is easy to forget that they were lacking Jiminez through long-term injury, had lost Jota and Doherty in the transfer window and were really suffering in the new covid world. Just like it would be unfair to judge Pochettino on results against Brighton and Colchester in 2019, I think it is unfair to judge Nuno on last season. This is not to say I don’t have concerns that Nuno may be keen to opt for pragmatism at times, but I have no doubt that this will be because of the cards (players) he has been dealt, rather than an ideological commitment to defensive football like Jose.

I don’t expect us to challenge next season. I expect us to start laying the foundations for future challenges. Compared to this time two years ago, when arguably our decline began, we now have the tools to start building again. Hopefully we will have our first full season in a full capacity home stadium since 2015/16 (!!!) which is ridiculous when you think about it. Players such as Reguilon, Skipp, Tanganga, Rodon and Hojbjerg are all young and have high potential, while Son and Kane are still in their prime. Our weaknesses are so obvious that it would be inexcusable to not fix them. We have a coach who improves players and there are lots of positive noises coming out about pressing and attacking football.

With our rose-tinted hindsight, it is easy to look back on the Pochettino era and think it was all plain sailing. His job was in immediate danger after some terrible results in 2015, including a 2-2 draw at home against Stoke City. It took a deflected Harry Kane freekick against Aston Villa to save Pochettino from the axe and buy himself the patience he so obviously deserved to complete the job which was necessary. Clearing out Kaboul and Chadli is analogous to the job Nuno has to do with Sissoko and Lamela. Let’s give him the patience he deserves and let him complete the job we need him to do.

Well here we go again. Buckle up and try to enjoy the ride.

Previous Article
Calling All Tottenham Fans – Who Do We Want to Win Euro 2020?Next Article
Lamela’s Legacy