Miss me out on this shit

Philippe Auclair on Football Weekly said Spalletti isn't leaving St. Petersburg. Apparently he has business there and is getting bumped up into an office job at Zenit.

Mensa said:
Cheers!! I am hoping we will need it, we could have the deal done in before the World Cup (yeah right with Levy arguing over a fucking car parking space or something)

And by the way thats vertonghen in the photo above in case people dont recognise him without his patented frown
Click to expand...

Haha yeah, I think they're celebrating with the wrong kind of 'bong' though!

The Fighting Cock
Not convinced by spalletti. Pass.

What you did there? I ziti

arlombardi said:
Not convinced by spalletti. Pass.
Click to expand...


..but, based on history, that's what makes it more likely to happen :walkercry:

Carlspurs said:
i'd take him just so we chant his name in the most stereotypical italian accent ever
Click to expand...

CJJ said:
Second of all, he's available. For nothing. AVB, as we know, has replaced him at Zenit. When AVB left Spurs, Prandelli was mid contract with Zenit, having been there since 2009 and having signed up for until the end of the 15/16 season (I believe). That would have been a lucrative contract, so we can't discount that he wouldn't have been considered back then.
Click to expand...

Prandelli...Spalletti...Spaghetti... Can't even remember who we're talking about now!


truetomyself said:
A goatee? Wait till you see his stache!

Don't really think he looks like Collina other than being bald, the spitting image of Collina is the guy from Mars Attacks to be fair..

I think the Thunderbirds might intercept him before we appoint him as manager. That's why he hides in Russia.... 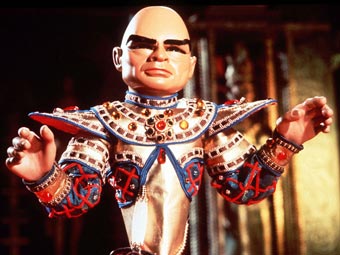 
..but, based on history, that's what makes it more likely to happen :walkercry:
Click to expand...