spurs7 said:
A summary of major matches up to 2017/18 was published in the current Spurs handbook.

There is a lesser category for other matches such as early/war-time leagues, Charity Shield, Texaco Cup, etc. So the 1967 goal by Pat Jennings in the Charity Shield is not included in his Spurs career stats.
Click to expand...

Right an all.If he had been any good,he'd have scored when it mattered!!...

Everton overtook us as the team to have conceded the most Premier league goals last season.
coys 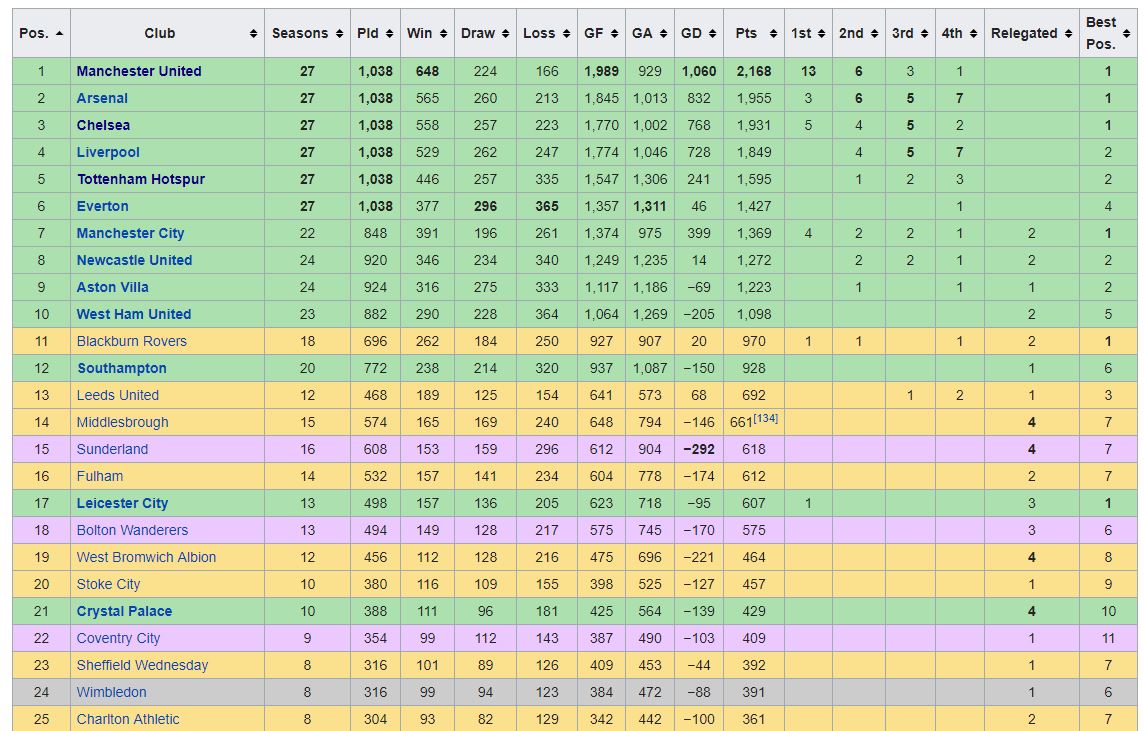