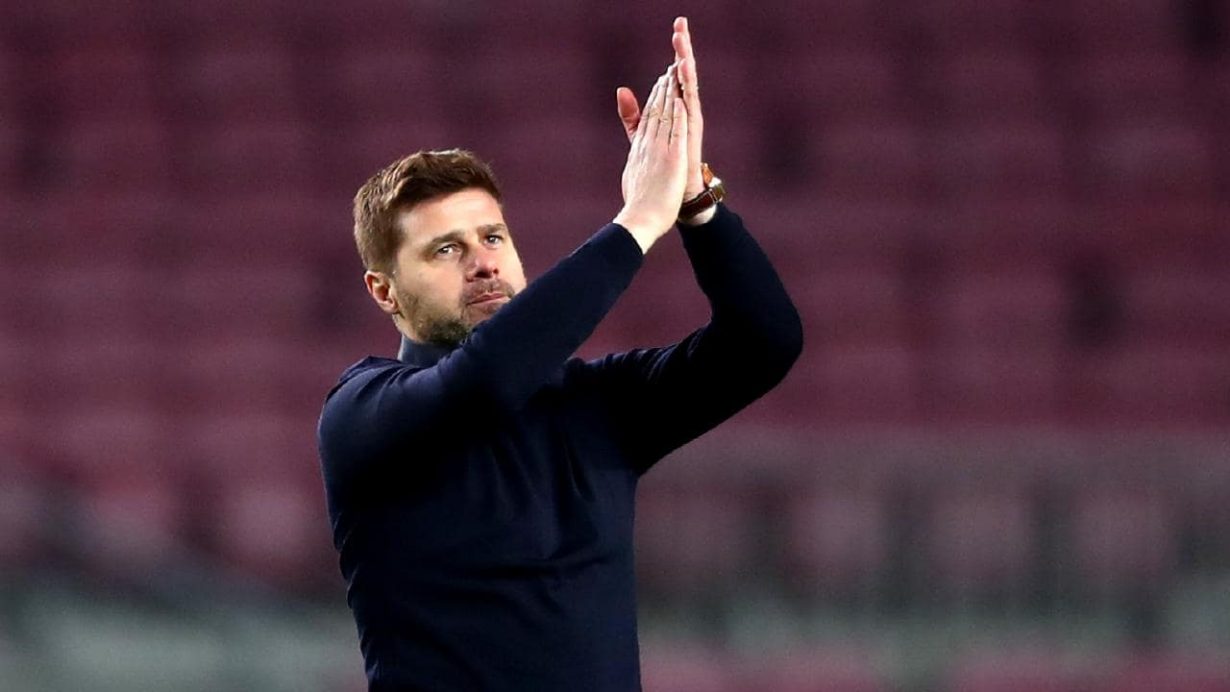 Magic. The real trick to it is that they want you to look so closely that you don’t see how the trick is done

Coming to the end of his fifth season at the helm at Tottenham Hotspur, “Mauricio Pochettino, he’s magic you know” still reverberates around the ground, whether it be Wembley or Tottenham Hotspur Stadium, even in his most tumultuous season at the club. Injuries, speculation on his future as Man Utd and Real Madrid changed their managers, the delayed opening of the new stadium that was supposed to be ready by September 2018 and no signings for 18 months are just some of what factors into what has made this season oscillate between a miracle and fatigued worker. Yet Spurs finished 4th in the table, for the fourth straight seasons in a row. They are also, amazingly, finalists in the premier European competition, where they’ll face domestic rivals, Liverpool. Looking at the investment into the club, in terms of transfer fees and wages, it is a feat within itself to be doing the things they have done this season. Then you look at the aforementioned factors and you start to wonder how it is possible.
Others though, they wonder more about what could have been done better. Such is the success and improvement, the perception of Spurs has changed from surprise to expectation. The club whose name became a synonym to bottling and crumbling under the slightest of pressure are now weighted with the expectations to compete amongst the big boys.

They say with each great magic trick there are three parts that it consists of. The first is the pledge – the part where the magician shows you something ordinary.

The ordinary was Espanyol being in a relegation battle prior to his arrival. Yet in Pochettino’s first game against their town rivals, Barcelona, he was able to get across his high pressing ideals to his squad despite just two days of training. It was a 0-0 draw in that cup game and a 2-1 win away at Nou Camp in the league that signify how Pochettino is able to elevate the players. This was in 08/09, so this was the same Barcelona team that would go on to dismantle and embarrass the Ronaldo led Man Utd in Rome during that year’s Champions League final. Espanyol ended that season comfortably finishing mid table and would continue doing so until the Argentine’s last season as financial restrictions tightened so as to strangle any hopes of progression and instead saw serious regression, which would leave Espanyol around where Pochettino found them, in the middle of relegation battle.

In spite of this, just 2 months later, he would find himself in a job. On the shores of England. Literally on the shore as Southampton showed intent to improve by sacking their then manager, Nigel Adkins, in order to get Pochettino. In similar fashion to his first game with Espanyol, despite only a few training sessions, the difference in intensity, particularly off the ball, was marked. So much so that Gary Neville on that Monday Night Football said he did not see how he would be able to implement such a pressing style mid season, especially a team that were more used to sitting back and allowing the opposition to play in front of them. Yet by the time Pochettino would leave the South Coast, the Saints would be recognised as the best pressing team in the land. Not only that, his promotion of youth players, something he showed while in Catalonia, combined with front foot football is what drew the attention of Daniel Levy in 2014.

Because at that time, Spurs were just an ordinary club compared to, what they considered, their closest competitors, those above them. In what is now the chasm between the top 6 and the rest, Tottenham were the ones floated in the space in between. However, now, they are firmly placed with the upper echelons of the Premier League

The second part of the magic trick is called the Turn – the magician takes something ordinary and makes it extraordinary. Now you’re looking for the secret… but you won’t find it, because of course you’re not really looking

When you inspect the squad that Pochettino initially came into as the Spurs manager, it will impress you the ruthlessness he showed with some and his ability to improve many of those he retained or been bought. It should not have been a surprise by the time Poch, as he affectionately referred to as, had become boss of the North London club because his modus operandi is making those under his control perform to a level they had not realised before.

We have seen now for the third time running that Pochettino has the ability come in and turn ordinary teams into extraordinary, relatively. Tottenham is a little different, however. Because, when you look closely at all the parts that come together to fit his whole, it should not work as well as he makes it work. Contemporary perception shines brighter than the thoughts that were opined at that time. Genuine articles about Southampton to Spurs being a sideways step and the fact that the vast majority of Spurs players were not rated in the slightest. Jan Vertonghen, technically able and a threat in the opposition’s box, was an unreliable defender. Danny Rose and Kyle Walker, while possessing great pace and giving great overlapping ability, were again not seen as one of the better full backs in the league. Mousa Dembele, incredibly press resistant and great possession ability, was not lauded as one of the better centre midfielders in the land, let alone one that was able to break lines with his dribbling and passing ability. So much so that Dembele in Pochettino’s first season started 10 league games only. He was very much second fiddle to a centre midfield pairing of Nabil Bentaleb and Ryan Mason. Christian Eriksen, although the best of the seven that were signed with the Gareth Bale money, often disappeared far too regularly to establish himself as one of the best players in the league

When Spurs lost that first leg to Ajax at their new stadium, Graeme Souness made a point of making sure people knew that displaying the basics in football, getting to the ball first and passing forwards, are needed before you even begin to dissect the tactical and systemic issues that arise between two teams and why one comes out on top of the other. Pochettino echoed this sentiment but the attitude, effort and desire he mentions are skilfully applied in his tactical approach. As much as footballers should have an intrinsic level of motivation to give all of these intangibles no matter the situation, a great manager is able to enhance these in enough of these players so as to make sure they are first to ball and passing with intent. Souness explained and it is something the former Espanyol and PSG player has been able to get out of these group of players.

In these values that are brought out, Pochettino’s ability to use them to his advantage with his tactical and stylistic preferences should be highly lauded. A lot is made of the pressing system implemented at each of his clubs, inspired by Marcelo Bielsa, even if the man himself denies. If the high press is broken, the attacking coverage provided by the midfielders and centre backs is so good that they can either delay or outright stop threatening counter attacks before they become true threats on their goal. This was particularly noticeable in both the 15/16 and 16/17 seasons, when Eric Dier in the former, Victor Wanyama in the latter and Dembele in both patrolled expertly in front of Jan Vertonghen and Toby Alderweireld while the rest of the team were able to press for goals.

The word pressure is more associated with the way Spurs have defended under Poch but it can even be associated with the way that their attacks are constructed. They are far from the most free flowing attack in the Premier League, let alone Europe, but being able to put the ball in the back of the net has never been an issue. It always helps when the likes Harry Kane, Dele Alli, Heung-min Son and Christian Eriksen are within your ranks but the continuity of the goals they regularly get speak of attacking organisation from the training ground. The numbers that Spurs get forward is of the swarming bee variety, attacking midfielders in between spaces that are giving their opponents migraines. Spaces that open up because the full backs are encouraged to stretch the pitch as much as possible. It is either deal with the balls raining in from the wide positions or let the attackers pick balls up in the most dangerous areas of the pitch.

With changes to starting personnel over the years, Tottenham’s attacking has seemed to become transition based as Erik Lamela and Dembele, those who preferred to take more touches of the ball and build attacks with combination play, have been replaced by Son and Moussa Sissoko, who encourage more direct running and passing. At times, it can be functional and almost clockwork like the way Tottenham dispose of teams but it does not make it any less effective as they usually get the result they require on the day. Even the mental aspect of Spurs has improved under the current boss, one that has been played upon for a very long time, nothing summing it more than Roy Keane’s story of Sir Alex Ferguson’s team talk before a game before the North London Club. They are still capable of moments of succumbing to pressure moments but having overturned bad situations like against Man City and Ajax perhaps tell of a time where Spurs are different team in between the ears, which is the most extraordinary aspect of this Pochettino project

“Making something disappear isn’t enough; you have to bring it back. That’s why every magic trick has a third act, the hardest part, the part we call “The Prestige”.”

That has always been the concern with the eventual departure of Mauricio Pochettino, that his leaving would be a return to the old Spurs, the one that lay in the purgatory between Manchester City, Liverpool, Chelsea, Woolwich, Man Utd and the rest. Where the term ‘Spursy’ summed up any and every capitulation that occurred within their season. However, may be then people will be able to see what the former Argentine international has been able to do by transforming this Spurs team into contenders domestically and on the continent. What’s more, the fact he was able to pull off his most extraordinary feat with all those numerous issues working against him perhaps would elucidate further the job that has been done.

That is the thing with magic. In each of the parts that make a magic trick, the most important aspect within all three of these parts is that you look for the secret, but you cannot find it. The harder you look, the further away you get from finding it. It is something that the Pochettino detractors have been the most criminal of. A fine-tooth comb is dragged through any drawback he has, to embellish it once they come across it. But all it means is that they do not get to appreciate the wider picture. With the way Mauricio Pochettino has been speaking recently, it looks as if his time at Spurs is closer to the end that many would have thought, especially with the amount time left on the contract he signed the season before. It could be that as those who keep looking closer and closer to see why he could not have done more at Tottenham Hotspur, Pochettino would have already moved onto his other magic trick, which will almost certainly be on a more grandiose stage. It is what his last magic trick deserves, especially if it were to end with his lifting of the great European big ears.