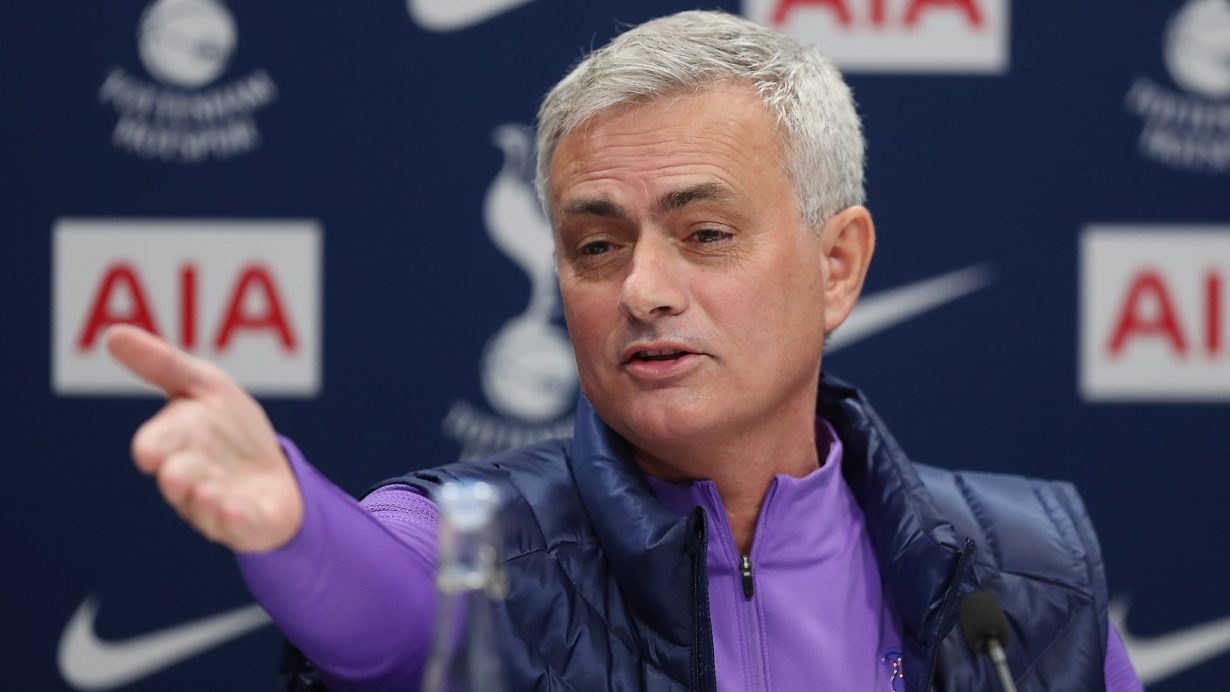 We know that in Mourinho he can get it right and if he’s taken on board the mistakes he’s made and got the team focused on progressing from our current quagmire to a functioning competitive team, he can definitely win our respect.

2019 has been eventful. That’s a bit of an understatement isn’t it? Just take the last 2 days. I can’t have envisaged writing this as late as the eve of the announcement. Mauricio Pochettino has been relieved of his duties and been replaced by Jose Mourinho, a coup delivered with almost surgical efficiency.

Managers don’t last in the modern game. Three years in the hot seat in this league is the equivalent of ten in the nineties. Pochettino, came, saw, convinced the doubters and then sadly met his demise. At his peak he was one of the top managers in the domestic game. He delivered a team that defied expectation with a low net spend and I defy the thickest skinned Spurs fan to say he did not touch your soul. He changed our perspective of what this club could be and delivered the Champions League competition to us like no other manager in our history.

There is no doubt he has created a legacy and he helped raise the club’s profile. When I think of Poch it will be the final game at the Lane when he embodied the pride he had in the club and his squad. More recently the Ajax game will live in the memories forever. That game wasn’t just memorable for us but to the football world too. An iconic moment. Those joyous scenes after the final whistle, he was in tears, he was us, you can’t unmake those type of memories.

Whatever happens for the rest of the season or after, there is no doubt when you mention Pochettino to a Spurs fan, there will always be a fondness and a pride at some of the moments he helped to deliver.

The writing was on the wall, domestically we’ve not performed and this was not a passing fad. The sad reality is, with benefit of hindsight, the Champions League run last season had somewhat papered over the cracks.

This is not all on the manager. Form on key players has dropped and our squad just feels unbalanced and lacking purpose tactically. We have lost our ability to press effectively and in fairness we’ve even arguably been lucky at some of the draws we’ve sneaked this season and I don’t mean just City away. I’m referencing Watford and Sheffield United at home. No areas of our game have been right and Poch has, at times, surprised us with tactics and substitutions more so than ever. You never tend to question this when you win but when you lose, that’s different kettle of fish.

Very oddly, the fans have not turned against Pochettino. He’s had sympathy and even the worst fan poll I saw was around 25% of fans wanting Poch out. I should say the majority of those were not standing with banners or making calls to Talksport. He’d earned enough goodwill to have time to make things right.

The pragmatist in me says his time was up on the week of the Bayern game in early October. We’d taken an absolute beating and our reaction was to collapse at Brighton. There was the horrific moment in the first few moments where Hugo let in a terrible goal and was injured, a freak horror early in the game. That is always going to affect a team but our reaction to being a goal down was to display a complete lack of fight. Losing and poor performances happen, the measure of the team and the manager in charge is how they react. In retrospect I think in those moments the die was cast.

If I take my feelings to one side, I can understand Levy’s decision. Maybe it was time for Poch to go. He leaves with his legacy intact and the club have the outside chance of having something to show for this season and to rebuild so that, at the very least, the 2020 season will see a more competitive and able version of Tottenham Hotspur.

What I am not sure of is Jose Mourinho. He seems more naturally matched with a club with far greater resources than ours. He manages the billionaires who are happy to buy the players that others can’t afford.

He is also in need of restoring his reputation. His recent tenure at Old Trafford had not been a happy one (in his final season) and his reputation for being aloof and petulant when the chips are down is a concern that I still worry about. He has, in fairness, got his PR right in his first press conference. Even praising Pochettino, which, earnest or not, is the savvy thing to do. He needs to convince us that we’re going to get a stable manager with a vision that fits with the club.

We know that in Mourinho he can get it right and if he’s taken on board the mistakes he’s made and got the team focused on progressing from our current quagmire to a functioning competitive team, he can definitely win our respect. Though whether he can endear himself to the levels of love that our Argentinian Special One did is something that only time will tell.

I won’t forget those moments that Pochettino gave us for which I’ll be forever grateful, it was quite a ride. The fact is Mourinho is at the helm now and regardless of his history I wish him every success in getting Spurs back on track, we need redemption and so does he.