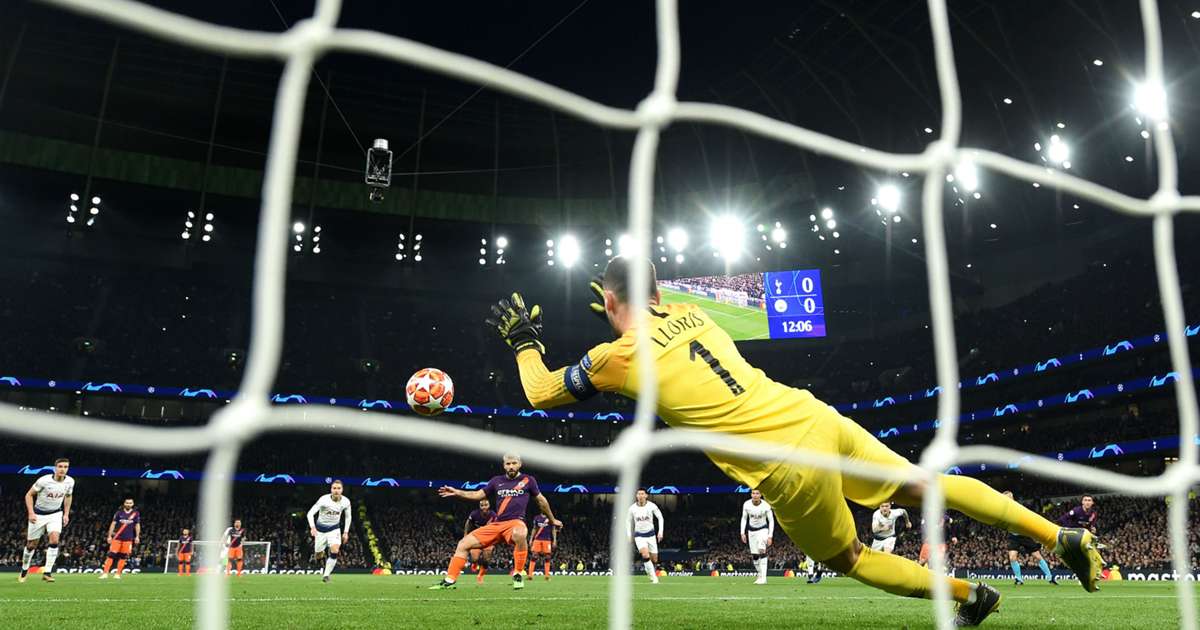 Like the Distracted Boyfriend meme, supporters are suckers for what’s exotic and box fresh — as evidenced by those calls to see Gazzaniga displace Lloris — instead of what’s tried, tested and proven.

It was like watching a dormant volcano erupt. An exaggerated tumble by Raheem Sterling enough to provoke an ire-loaded reaction many hadn’t thought conceivable. OK, so it wasn’t quite Bobby Boucher in The Waterboy, but the departure from character was remarkable. Wow Hugo, is everything alright at home mate?

The impression was that it wasn’t the City winger’s theatrics alone that brought on the red mist, neither was it a side effect of the euphoria that followed a momentous penalty save. The response spoke of something more. It was as if, in that very moment, Raheem Sterling became the embodiment of all those who had predicted Hugo Lloris’ time as Tottenham’s number one was in the endgame. This was a captain’s defiant response: I’m still here.

Only four months earlier, during a wretched Saturday in Brighton, injury came as a blow to both body and pride. Fans never desire to see a player hurt, especially one of their own, but some considered it a blessing in disguise. Lloris’ form was creaking, and Paulo Gazzaniga seemed oven-ready. In previous cameos the Argentine had looked imposing, reliable and exhibited distribution skills his counterpart sorely lacked — and my word, what about those baby blues?

Uneasy is the head that wears the crown, however. Weak palms and a kung-fu kick delivered to Marcos Alonso ensured the situation came full circle. Those who had welcomed the opportunity handed to Gazzaniga were now hankering for Lloris’ return. The debate will likely cannibalise itself soon; Lloris’ mishaps against Southampton serving up a new curveball that neither keeper is the long-term answer.

How times change then. Much like Christian Eriksen’s muffled swansong at the club, the thought of Lloris becoming expendable to Tottenham — instead of the other way around — was once unthinkable. Those inaugural years after his arrival saw him regarded as one of the finest in world football. If he was to leave, then it would be of his own accord and to a club further up the food chain no doubt.

That big-money move didn’t materialise though, and neither did the trophies at Spurs. So now this symbiosis plays like a stagnating marriage where the relationship’s current predicament is littered with nostalgia and judged inferior to what it had been. What was once fresh, new and exciting is now seen as mundane, familiar and tired.

Like the Distracted Boyfriend meme, supporters are suckers for what’s exotic and box fresh — as evidenced by those calls to see Gazzaniga displace Lloris — instead of what’s tried, tested and proven. Every exceptional save made by Lloris falls foul of being routine in fans’ eyes. Every mistake is moulded to fit the thesis that he’s no longer the player he was.

But is it right to suggest Lloris has regressed since his 2012-’14 peak? Or has the team, and the expectation it now has, evolved to a standard he is unable to maintain? Both could be argued, although it’s more likely a case of fans going numb on a player who they’ve been spoilt with for longer than anticipated.

Seven and a half years of Lloris sees supporter perception centre around what he can’t do rather than what he can. Memories of nerve-inducing passes, botched tackles when rushing off his line and errors in big games eclipse countless examples of elastic reflexes, vital penalty stops and the fact that the Spurs defence is visibly more assured with him keeping goal ahead of his deputies.

To that end, could Lloris be considered underrated? A recent article by Sky Sports’ stat whizz Adam Bate (@GhostGoal) contended so. Bate found that over recent Premier League seasons Lloris has topped the charts for more goals saved than expected, more shots saved than expected, and is also number one for the most accurate keeper sweepings. “Hugo Lloris is a world-class goalkeeper,” Bate concluded, “…and he has the record to prove it.”

“World class” might be a stretch for some minds, but there’s no denying Lloris is a star in this Tottenham team; an uncut gem who, despite not being as polished as his peers, is still one of the best in the business. He is captain for both club and country, in dressing rooms crammed with huge personalities who would seem more obvious choices for the armband.

Still, teammate Eric Dier believes Lloris’ reserved and measured leadership style is what sets him apart. “Everyone in the squad looks up to him,” Dier said. “We look up to the quality he brings, the work ethic he brings, the attitude he brings. His style is a quiet style but silence is sometimes deadly.” I’m sure Raheem Sterling would agree.