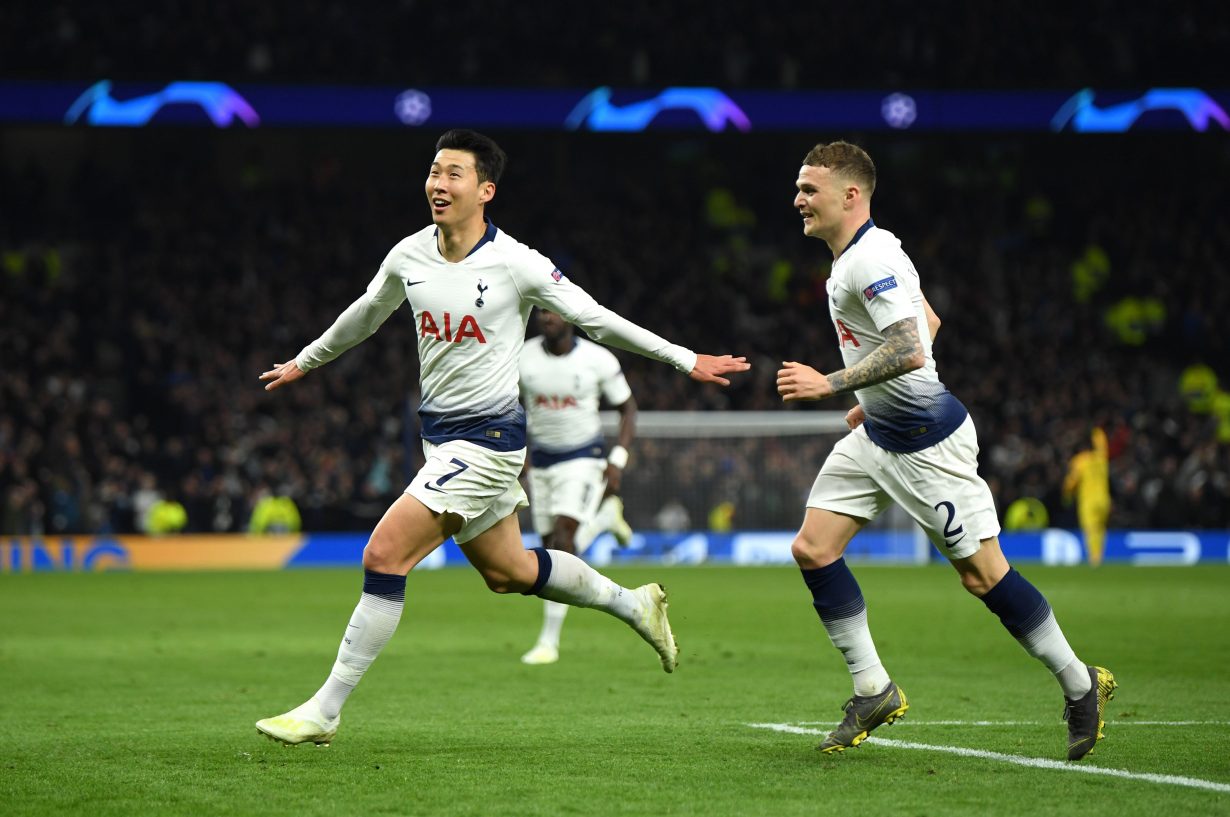 Tottenham is more than a football club right? Sure, all fans of any given club will say the same. It brings people together. That beyond the actual kicking of the ball, it connects us with family, friends and strangers.

A year ago last week (at time of writing) I experienced one of the best nights of my life. It was the second ever game at the brand new shining Tottenham Hotspur, the first Champions League game played there: the quarter final first leg against Manchester City.

I’ve always gone to watch Spurs with my Dad, and as we live in Devon it is quite the trek to get up to North London. By this point however it was a well trodden path for us. It was the 11th game we’d been lucky enough to go and watch.

My Dad was working away, so I caught an early train and met him at Bristol Parkway station. The train journey up was filled with a nervous excitement, a buzz I could feel tingling within me. Listening to Flav and the guys discuss the game on the (Fighting Cock) pod only heightened this feeling.

Once I met my Dad at the station, we got in the car and drove to Enfield to catch the train to the stadium. The car journey was a far more nervous experience. The buzz was now a little muted. The anticipation of the game was heavy and we were in a rush to make it in time.

Having reached the station and got on the train, seeing the hordes of Spurs fans all making the same short journey to the stadium, each and every one harbouring the same feelings of nerves, excitement, anticipation; It’s a cliche, but you could cut the tension with a knife. I was still nervous but it tasted good. This is football at its zenith. That feeling. Nerves, buzz, whatever. It feels good but it makes you kind of sick.

My ears were filled with the ramblings of Spurs recent form, Poch’s tactics for the game and various wild score predictions.

The walk to the stadium was more of the same, me and my Dad walking hurriedly along the pavements to get there. Neither of us had seen the ‘new Lane’ in real life before, and as we turned the corner of the road and we caught our first glimpse, we were both blown away by the immense beauty and aura of the magnificent piece of architecture.

But it is more than a grand design of modern stadia; it is the home of the team we love so much, and when we step inside, we are all the same, we are all Spurs fans.

Tottenham is more than a football club right? Sure, all fans of any given club will say the same. It brings people together. That beyond the actual kicking of the ball, it connects us with family, friends and strangers. You’re not alone when you’re following your team. It’s a tribal experience.

My Dad was never as much of a football fan as he was a Spurs fan. When we were at the game, he was just as passionate as anyone else around us. But it was Tottenham he was connected to.

We have shared some amazing memories together because of Spurs. When my mums family (originally from North London and the reason I’m a Lilywhite) come down to visit, the one topic that unites us all is this grand olde team and we will sit and talk for hours about the club that brings us all so much joy (and misery).

The atmosphere inside was massive. The chorus of songs booming throughout the stands. We looked at each other, huge grins on our faces, as we appreciated the occasion. The tension was now an unnerving reality.

Before we knew it, the glorious and iconic Champions League anthem was ringing in our ears, followed by a rupture of applause and chants of “Come on you Spurs!”

Painted across the towering south stand was the message well known by all of us: “To Dare is to Do”. A rallying cry to the players and fans alike. Never before had this message seemed more relevant and important.

This was it. Football on the biggest stage, in the sparkling new arena that is the Tottenham Hotspur Stadium.

Supporting Spurs is more than a football team you tag your allegiance too and the winning and losing. It is belonging and it is sharing experiences and creating memories with those you love the most. To think the second leg was still but a fantasy of thought.