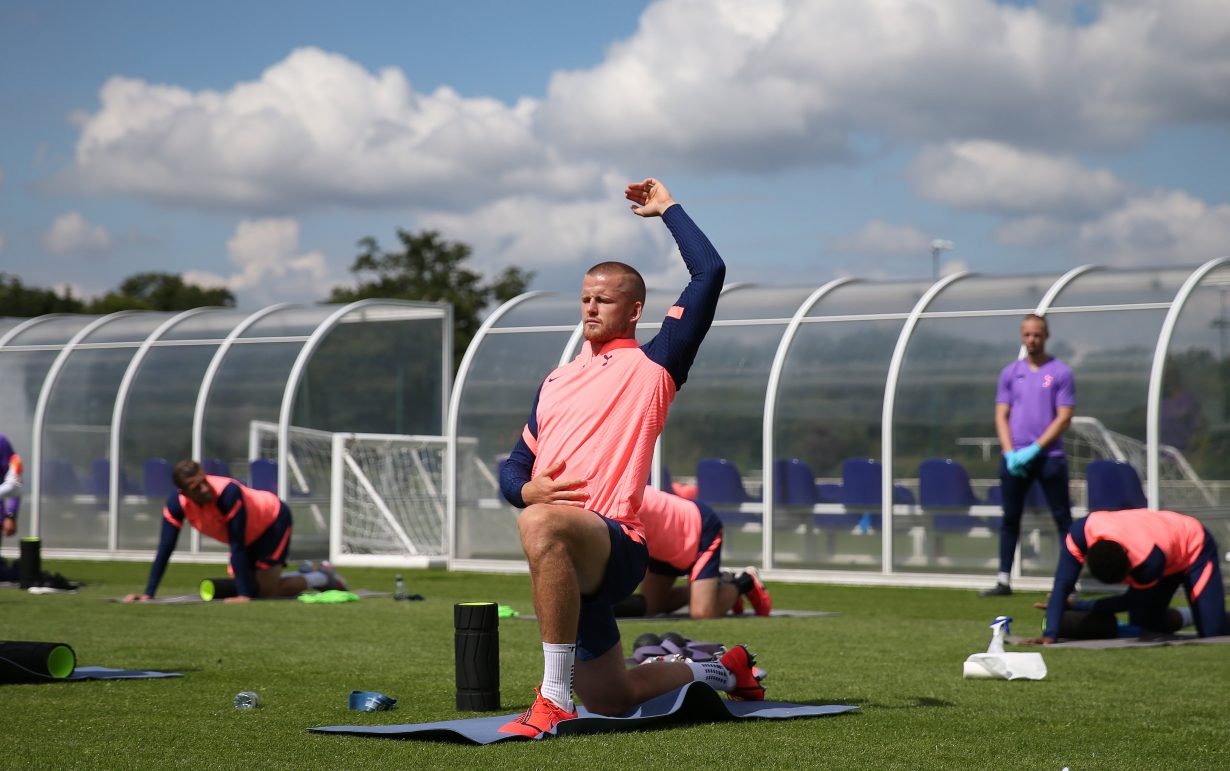 This is now a perfect opportunity for Mournho's team to make up lost ground. I am gone from trepidation to to now feeling confident and a little excited.

The last time we had any football to watch, Spurs were struggling. On a winless run of six matches. Their last PL victory coming all the way back in February against Aston Villa. Languishing in 8th spot, with no style, no substance, no hope.

Spurs coach Jose Mourinho wasn’t the only one hoping that the season ended as quickly as possible. So were we – the fans – struggling to watch the team, our team, as they went from one disappointment to the next. It’s been a ‘mare since the Christmas fixture action. Bad results made even worse by the bad performances.

Fans and experts alike will have their own opinions and reasons as to why we were so consistent at being average. To compound our misery even further, we lost key players to long term injuries. Kane, Son, Bergwijn and Sissoko. All four were crocked before the shutdown in March.

Mourinho was improvising whilst trying to pick up wins and points. Still trying to familiarise himself with players and tactics and vice versa.

That is what I kept on thinking at the time. Now what? Do we keep plugging away at it, accepting the injury list and ignoring the serious trouble of CL qualification failure for next season?

No recognised attackers, key players lost, into the the most significant time of the season. Not even a distinctive style of play to show that we are at least heading in the right direction. None of that, not even any hope.

I know that injuries are part and parcel of the game and every team suffers, but to have the most potent and lethal part of the team out injured at the same time is just pure bad luck and as ‘Spursy’ as it can get.

During all on the field worries, the world as we know it, came to a standstill.

From one pandemic to another.

The coronavirus pandemic put a temporary stop to everything that we hold so dear in our lives. No work, no school, no socialising and for Spurs fans no more aches and pains from watching those bad performances.

We all locked ourselves away in isolation to keep safe from the pandemic. This was now the moment for Spurs to press the re-set button. A divine intervention of sorts that Spurs so desperately needed.

Football is set to return on the 17th June. Spurs are back in action on the 19th June. We pick up from where we left it prior to shutdown. 29 matches played. 9 still to play to salvage something meaningful from this already chaotic season. Due to coronavirus all remaining matches will be played behind closed doors in empty stadiums. Unprecedented times, no doubt.

The three month hiatus has benefited Spurs hugely. Players that were out for the season are now all back from their respective injuries. Shutdown has given the injured players the opportunity and valuable time that they wouldn’t have had otherwise, to work on their injuries and fitness. Kane last kicked a competitive ball on New Years day. Sonny’s last contribution was in February (National Service excluded). Bergwijn has been out since March.

Kane and Son score 60% of Spurs’ goals, so to have them both succumb to injuries was more painful than a sucker punch to the kidney. It didn’t look good at all for Spurs back in March. If there was no stoppage due to the coronavirus and if the season had carried on as normal, Spurs would have gone on to lose another 5 or 6 matches from the remaining 9 and ultimately, suffer their worst season since 2008. A not so special conclusion.

With the world returning to some normality, so are Spurs’ main men. Giving us, the fans, some hope of any light at the end of this dark tunnel.

Sports or football especially, is the perfect remedy while we were all in lockdown. Those out there, like me, who get their football fix from the regular fixtures every week will rejoice and wisely celebrate the return of the beautiful game. A nice distraction to have in these weird and surreal times.

Full fit Kane and Spurs will re-atart with a home game against Man Utd. Vitally important game for Spurs. Win that one and we move up to 5th, one point behind Man Utd and the league table will look slightly better than it did before kick off. Lose that game and we are back in the mire again and the doom and gloom will return.

This is now a perfect opportunity for Mournho’s team to make up lost ground. I’ve gone from trepidation to feeling confident and a little excited. Having a fully fit squad along with a hungry prolific striker, gives Spurs all the luck and ammunition they will need for second bite at the top four apple.

Man City’s CL ban is another thing that should inspire the team. 5th spot will qualify for CL (if City cannot overturn the ban). The fight for 5th spot will be just as entertaining and excruciating as the battle for 4th. Spurs can get 5th spot, if Chelsea in 4th is too difficult to claw back.

Mourinho has had some valuable time to spend with his team during the shutdown. Plenty of time to work on tactics, formation, shape and player fitness. Plenty of time spent ignoring lockdown rules too. His work ethic is at the very least on point. And his work representing Tottenham and the local community should be applauded.

No issue with his brand. But what about Tottenham’s identity?

In an ideal world, 9 wins from 9 games would be perfect, but we don’t live in an ideal world. But Spurs do enjoy delving into pure fantasy now and again and turning it into reality.

I think we will need 7 wins (depending on other results) to get something fruitful from a season that is/was going pear shaped.

Over to you then, Tottenham Hotspur.

It’s time for Project Restart. Players, managers, fans, broadcasters and millions of fans around the world, we look on with cautious optimism.