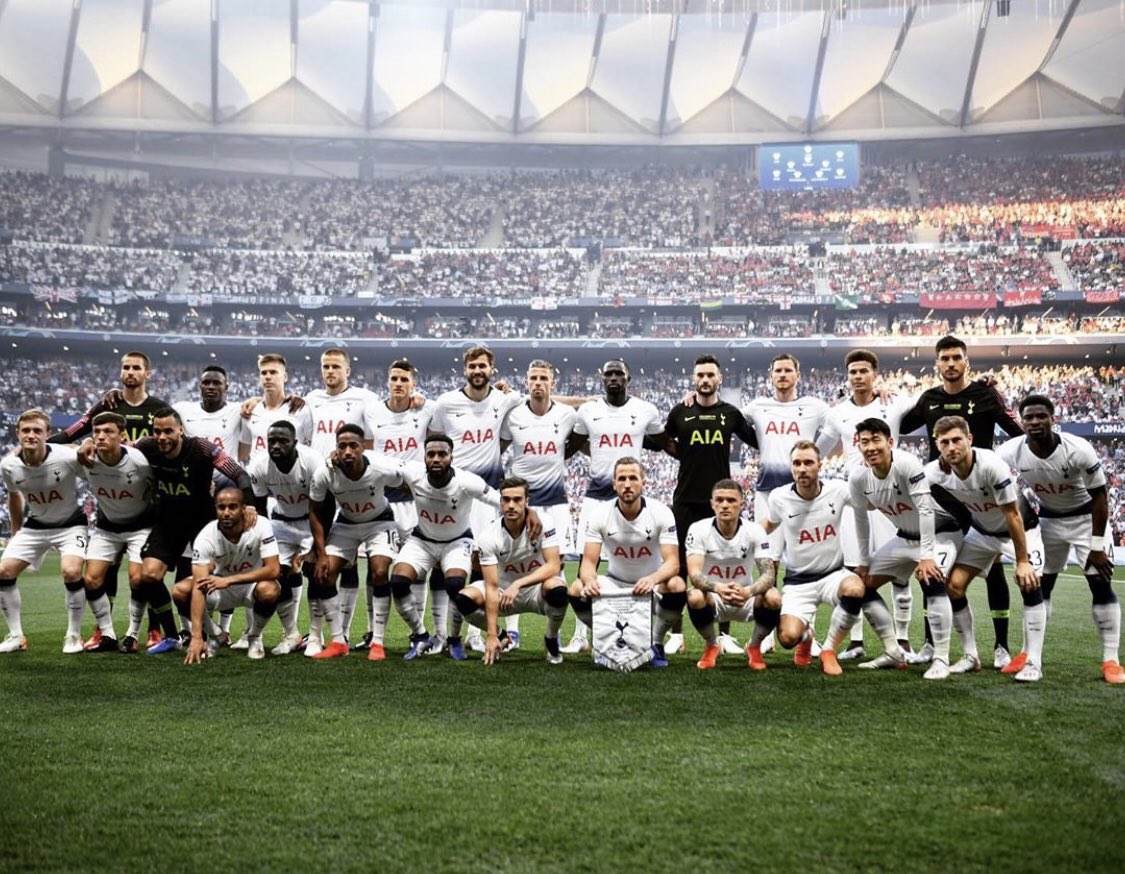 Tottenham can rarely handle fighting in more than one competition and when they do, we usually end up coming up short in both.

There’s not a huge amount to cheer about for Spurs at the moment. We all know the stadium is nice and the club’s Mourinho PR campaign is relentless. The glimmer of hope that we have Champions League football next season is exactly that, a glimmer. A glimmer than even the most optimistic Spurs fan will have to admit is looking ever more like a fading memory.

Our time in the Champions League has been pretty eventful; Ajax, Madrid, Barca, Dortmund – all got added to the pantheon of great nights in Spurs European history. No trophies, but feeling part of Europe’s elite for a few seasons was something not many Spurs fans over the years have had the pleasure of experiencing.

Everything in life is temporary, nothing is forever and this is no different for Tottenham and Europe’s elite club competition. As it looks like Spurs will not be competing, for one season at least.

This leaves the question – are we too big for the Europa League?

The term “big club” has pretty much lost all meaning in modern football, usually banded around football Twitter to try and determine which rival has the best fans or is just the better side. But the term “big club” matters to Tottenham as the main ‘success’ of the Levy and ENIC era. It’s their apparent lifting of Spurs from mid-to-low-table-cannon-fodder to contenders that warrants this.

The four years of top four finishes we enjoyed under Pochettino was a brave new world. It led to new goals, a new outlook and even a new chant but now the “what a night” soundtrack will have to be put on hold as a return to Thursday European football looks likely.

Will it be good for us?

The Europa League has become a punchline in modern football. Spurs fans across the globe have enjoyed singing about watching Tottenham on a Wednesday night whilst them lot down the road have been left to suffer their side on a Thursday because they’re…. not very good*.

The Europa League has for once given us concrete evidence that we are enjoying a period of domination over Woolwich. So the Europa has benefited us in a roundabout way but a return to it does hark back to what we liked to think was a bygone era at Spurs. 5:30 kick offs, matches in cities you’ve never heard of, freezing cold evenings in the former Soviet Bloc watching our bench warmers put four past a team of part-timers.

It’s safe to say the Europa League isn’t a glamorous competition and that era of Pre-Champions League life isn’t something we’d want to return to for a particularly long period.

The Europa League isn’t all awkward kick-off times and early July starts to the season. There are some genuine benefits. No really, stay with me on this. There’s a chance to rotate the squad against the lesser teams in the group stages, meaning that our squad might not be completely broken by January.

There’s also the fact that the winner of the Europa League gains qualification to the group stage of the Champions League. And the winner is seeded meaning they should avoid some of Europe’s elite in whatever group the winner ends up in. As well as this, there’s the genuine chance of silverware.

Spurs last European trophy was way back in 1984. The Europa League would not be a bad competition for the club to go for. Of course it isn’t a Premier League or Champions League but for a club that has won one a single trophy since the millennium, any serious chance to win a trophy should be clasped with as much effort as the players and managers can muster.

This isn’t to say winning the Europa League is a dead cert for Tottenham, considering a run to the final adds seventeen extra games to your season. For a club that genuinely struggles with injuries and squad depth, come the final few months of the season, this could prove to become a real issue. This coupled with a problem that seems to face any top six side in the Europa League – the decision to either prioritise the final stages or step up the chase for a top four finish.

Perhaps this won’t be good for us.

Tottenham can rarely handle fighting in more than one competition and when they do, we usually end up coming up short in both. We can survive one season out of the Champions League, but two would really start to cause problems on and off the pitch.

The Europa League poses a difficult situation for Spurs. It could end positively for us or it could create another transitional period which leads us back to the pre-Pochettino days of being a bloated Europa League side constantly looking at those Tuesday night fixtures thinking “why can’t that be us!?”

Jose Mourinho won the Europa League as recently as 2016 and does have quite the pedigree in European competitions but Tottenham’s squad has shown that it struggles to compete with a fifty-five-plus game season.

Tottenham wanted to become Champions League regulars and we did that for four seasons but now that has come to an end, we might not even get into the Europa this season. That could be a disaster or it could work well for the team (focusing on the league, no seriously, we could avoid burn out and generate momentum).

What really matters is how the squad reacts to a season of Europa League football if we do get there. Will the likes of Harry Kane and other top class players feel comfortable in the lesser competition having had a taste (and often a big bite) out of the elites? Will the club and ENIC be content with a hit on the brand as they continue to chase the mega-money of naming rights for the stadium.

Are the squad ready to show this season is a blip. Or is the Europa the new normal?