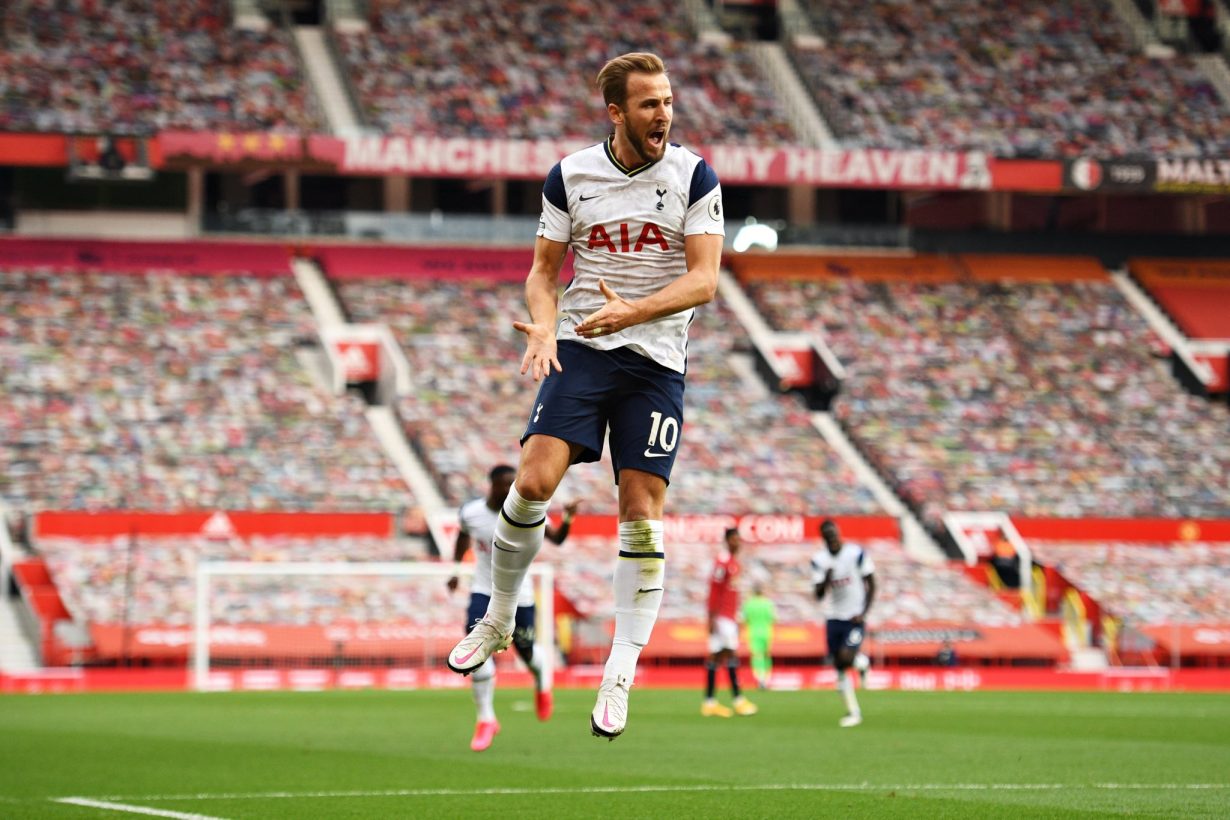 If there was ever an example of evidence that showcases what a Jose team can do when at full pelt - this was it. This is the identity I crave. It was ruthless.

Not that long ago I wasn’t feeling it. I thought the rebuild and overhaul was a bridge too far for Mourinho in the short term. This was based on the ethos of Levy appointing him to salvage something from the broken Poch squad. But the acquisitions made have changed my mind. Time and that under-rated virtue ‘patience’, soothing any existential crisis that persisted, whispering sweet nothings in my ear.

Levy backed him. The chairman backed him. But perhaps in a perverse way, Jose being the anthesis of what Spurs are all about will work in our favour. Perhaps he wont destroy the fabric of the club to achieve success, the usual sacrifice he is accused of. Although we are quick to judge Mou and we are critical of his management stylings and ego dances, Tottenham culture isn’t receptive of existing like a blank canvas. To have it’s traditions wiped and re-written, to the detriment of our expectancies. However, we’ve not been receptive to winning silverware either (lol). So there’s a middle ground to be found and conquered.

I don’t care about gloating and digital bravado, measuring d*cks with rival fans. I care about Spurs and the experience I share with my best mates and family. How the club makes me feel, minute to minute and game by game, moment to moment.

We might end up with the team we wanted Poch to have. A bit more streetwise, intelligent, a bit more spite and willing to dig that little bit deeper. What we had prior, the journey, can’t and won’t be discounted. It will fuel the players to avoid repeating the same mistakes. It’s experience. Even if the experience was brutal or self-destructive. It matters because it becomes part of our history and legacy. It can be celebrated (yes, even glorious failure is still glory) but it can also be the fuel to take us further next time.

We learn, we grow and we take strength from those failures and perhaps next time, do everything we need to do to win when winning is positively the only option. At least, that’s the mentality we should nurture.

With Mourinho, he adds that edge we attempted to gain, but pretended we had. Which is what Levy has paid for. With Spurs being an anomaly for Jose himself, perhaps there’s a weird synergy at play. Opposites attract. Or perhaps I’m drunk. Perhaps I’m merry because of our recent exploits.

I’m seeking to be forward thinking here. I’m making a conscious effort to not keep harping on about Poch. Although, in no way am I burying the incredible energy and bond that is the benchmark for what Spurs mean to me in the modern age.

I’ve flip-flopped with Mou. I don’t like him, not really. But then it doesn’t matter what my personal feelings for him are if we do bits on the pitch resulting with limbs in the living room across North London and other white and blue territories.

It’s still early days but momentum is a wonderful thing, and what with this season playing out as the great leveller that has everyone playing high level training games with no home fan advantage, anything is possible.

If we persist with pressing, containing, countering. Our attack is, quite simply, ridiculous in terms of quality. The midfield is starting to take shape. The defence, needs work but then no one is looking bright at the back. Jose’s ego and desire to prove he still has it is fine with me if we’re winning. And the players we have make it nigh impossible for us to be completely devoid of entertainment. I’m defo drunk. Gonna win the league. COYS.

Another thought experiment here. Just a a preamble before I get to the highlights from the win at Old Trafford.

We know this season is in a state of flux. There’s no fans at games. There was barely a pre-season. We have England international players breaking COVID rules, chasing skirt like randy schoolboys. There’s a weird vibe to proceedings. It’s football, it’s actual bread and butter proper football but at the same time there’s that aforementioned leveller. A mate sent me a DM on Twitter suggesting that without supporters – everyone is on a level playing field, even if some teams possess more quality than others. Would things have played out differently if spectators were there to get behind their time or perhaps even get on their backs?

I’m not going to go any deeper on this. The pandemic has not only impacted fitness and focus but it’s had a paradoxical effect on the psychology at play. High level football without the noise, the 12th man, the collective and reactive fodder to shock and awe a side back into the game. It’s a shell, but the yoke remains golden.

Perhaps some players feel no pressure and embrace the expanse of the freedom they now feel. Whilst others are crippled like Superman holding a chunk of Kryptonite.

Spurs have taken to the games quite well. Ignoring the first day no-showing against Everton and the scandalous theft of two points by the handball rule against Newcastle, we’ve won every game. Tottenham have gone fully Superman here.

Mourinho enters Old Trafford and the red lights turn on. Ole asks him to swear eternal loyalty to them dishing out the wallops to us (as per tradition) whilst Fernandes sticks in a penalty for the 1-0.

Mourinho grabs the outreached hand of Ole and…crushes it. As Ole groans in agony, the Special One lifts him off the ground and throws him across the stadium into the Stretford End. Ole slides into a chasm and disappears. Maguire tries to fly at Lamela but finds himself unable to do so; he, too, falls into a chasm.

Levy looking on thinking, “I switched it, did it to them!”

It really was something special this. Regardless of ‘the leveller’. Jose got his revenge, slapping Ole on the back of the head in a post-match cuddle that saw Mou giving daggers to the camera. This was stone cold murder. During the game and after it.

If there was ever an example of evidence that showcases what a Jose team can do when at full pelt – this was it. This is the identity I crave. It was ruthless, as a unit and with selfless individualism. Players being brilliant in the moment to support their team mates. A fully functioning swagger. No stepping in dog sh*t.

Kane spoke about their sharpness, how they felt good in the warm up. Hungry to play, hungry to win. Yes, United were an absolute calamity. Sure, Erik Lamela was a beautiful, intelligent c*nt. But this Spurs side would have demolished this hapless United side even if OT was at full capacity. Which is interesting because before the game, one or two scoffed at the first eleven picked. Serge in the side raised eyebrows. Fans anticipated losing the midfield to a returning to form Paul Pogba. And that first minute penalty did little more than have some of us facepalming. But alas no. A mere fluke of circumstance, going 1-0 down.

Tottenham were utterly ruthless (I love this word right now) in their application and dismantlement. This was a Mourinho side flexing their squad depth. Suddenly, we have players competing for positions. We have options, pace. The Chelsea cup win (and the 7-2 Europa party) might have rocket fuelled belief but time and patience is beginning to deliver a far more robust and professional Spurs side. There are no issues concerning fitness. No drab football because it’s taking shape. It’s taking shape because the key players are producing the football. It’s a confidence game for sure but Tottenham have undeniable quality and it would be criminal for us not to be entertaining and natural born killers too.

We pressed. We contained, sat back and drew them in. We countered. The attitude, the urgency and the sense of unity was very good. Add to it the sh*thousery of Lamela getting Martial sent off (Shaw should have gone later in the game for a cynical foul) and the unplayable Harry Kane and WALLOP. Take that United. Pedro Mendes sends his regards.

Ndombele continues to gain momentum towards his Lyon form. Pierre-Emile Højbjerg bossed it in the middle of the park. Son was electric. The performance was joyful. 1-6. Mental. Deserved.

Jose is right on the money when he says ‘the squad won’. If you align how crazy this season could be – not just in the early days of it but perhaps across the entirety of 20/21 – then anything can happen. Something might happen. Year ends in 1. Gareth Bale to come. Dele to hopefully rejuvenate and play a part too. Liverpool getting spanked at Villa is testament to how unpredictable things will be. There’s another fairy-tale on the way, I can feel it in my bones.

Souness having dig at Latin Lamela was peak casual racism from a man from an era of football where British players snapped ankles and broke bones with crunching tackles, in an era where the England team failed to build their side around Glenn Hoddle cause Hod was a bit soft with the tackle. Okay mate.

Also, no surprise, that the Premier League being a global brand have an agenda to always base their coverage around how the likes of Man Utd (or Liverpool) are feeling and practically ignore the team that notched six (6) goals against the home side. I’m not bitter, I’m just bored. I’m happy sat here under the radar. No one likes us, I don’t care.

A pretty stunning summer transfer window. No centre-back, but that’s a certainty for the future. In terms of Levy backing Mou, kudos to Jose for asking/getting what he wanted and needed in preparation for a serious assault on a domestic cup, Europe and the title. Might as well aim high, right?

Foyth departs with a buy-out clause pencilled into the contract. Sess on loan is more likely to return. Ryan needs game time, he needs to be playing regularly. I think the club probably regrets not loaning him straight out when we signed him. He’s a player that has often looked timid, scared. Nothing like the player he was at Fulham (in the Championship). Hoping he reclaims confidence and form. As for Foyth. I like him but it’s another example of a talented young player that won’t progress with cameo appearances and is not at the level we need him to be at to stake a claim in the first team.

Bale returning and Reg adding finesse and pace are huge injections of feelgood. Brazilian striker Carlos Vinicius signing on a season long loan is ‘hold me I’m fainting’ levels of happiness. We have ourselves a back up striker which means Kane won’t (I pray) burn out. Again, going forward, we have never been this powerful. Do not waste this opportunity lads. Have fun and KILL.

We have done the business. We are set. Now it’s about refinements. It’s about squad management on the go with the manager leading us that has won more trophies than our club. I feel with Kane eyeing up a potential move next summer (I can’t not dwell on this inevitable outcome), this season might produce that extra bit of something we need to finally, finally get us over the line. We have genuine world class ballers in our best eleven. If Ndomblee persists and Højbjerg bosses. If we keep Son and Kane fit. If Mou nails the aggressive counter play and press. If if if. Can do. Dare to.