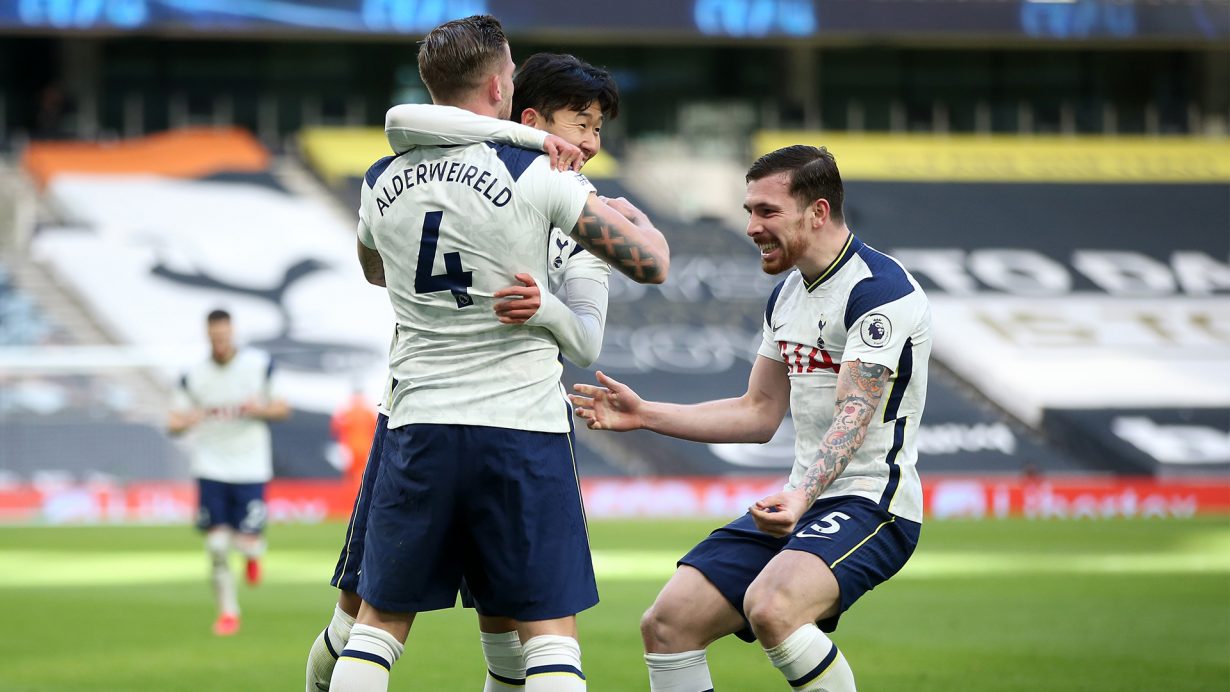 A match billed as a clash of two diametric footballing ideologies, where purist Marcelo Bielsa pitted his unwavering belief in front-foot football against the high priest of pragmatism Jose Mourinho, did not disappoint.

A match billed as a clash of two diametric footballing ideologies, where purist Marcelo Bielsa pitted his unwavering belief in front-foot football against the high priest of pragmatism Jose Mourinho, did not disappoint.

Leeds buoyed by a scintillating 5-0 demolition of West Brom in midweek, immediately set about a Spurs side that has suffered an identity crisis since falling to a costly defeat at Anfield earlier this month. Inside five minutes, Ezgjan Alioski exploited space vacated by Matt Doherty to thrash a shot into the side-netting. In the early exchanges, Leeds appeared to target the right side of the Tottenham defence which was regularly short-staffed as Doherty attempted to offer Tottenham an attacking thrust from right-back.

While Leeds dominated possession, Heung-min Son’s desire to run in behind the away defence suggested if Spurs could only use the ball better themselves chances would soon be forthcoming. There is so much to admire about Leeds relentless, unyielding positivity under Bielsa. All the more so for those Spurs fans still pining for the swaggering football their team played under the Argentine’s chief disciple Mauricio Pochettino.

But in the four previous meetings between Bielsa and Jose Mourinho – all played in La Liga – the Portuguese has chalked up four wins from four. Mourinho appears to have Bielsa’s number, and the traps Tottenham set for Leeds sought to snare the Yorkshiremen by encouraging the best (or worst) excesses of Bielsa-ball. Meslier, Dallas and Ayling were all guilty of ceding possession with slack passes when trying to play out from defence. One such aberration inside the quarter-hour mark presented the ball to Winks deep in Leeds territory. The midfielder’s attempt to thread the ball on to Kane – who would have been clean through – struck the striker’s heel, unwittingly defusing a glorious chance to open the scoring.

Moments later Kane’s crafty back-heel set Son away on the right of the Leeds box. The Korean tried to cut back inside and lost possession, but the ball squirted back towards Kane, whose blistering left-foot strike cleared the crossbar by a matter of inches. It was the sort of shot commentators lament as being struck “too well”.

Ayling was fortunate when his errant square pass presented a shooting opportunity to Bergwijn. The Dutchman, full of industry and threatening approach play, is yet to open his Premier League account this term and snatched at the chance, dragging it feebly wide of Meslier’s goal.

With 22 minutes played Patrick Bamford spurned the best chance in the match to that point when he ran on Alderweireld’s blindside to meet a delicious Raphinha cross. The forward failed to keep his free header down, and it was a miss Leeds were soon to rue.

Less than five minutes later, Meslier attempted a ball into the Leeds midfield. The goalkeeper’s pass went directly to Harry Winks who immediately slipped the ball on to the dashing Bergwijn. Allowing the ball to run across his body, Bergwijn had just reached the edge of the Leeds area when Alioski felled him. Referee David Coote pointed to the spot and following a VAR check to determine that the decisive contact came inside the box, Harry Kane spotted up the ball. The England captain, as reliable as they come from 12 yards, made no mistake here. As Meslier dived right, Kane emphatically dispatched his kick down the middle.

Having seen Spurs squander leads time and again this season, Mourinho was visibly keen that his side further exploit the visitor’s defensive deficiencies. In short order, two excellent chances to double their advantage came and went for Spurs. First, Alderweireld saw his shot from eight yards bravely blocked by the Leeds defence. Then a raking free-kick from Dier released Davies down the left. The Welshman squared the ball to Bergwijn on the penalty spot, who spun his man beautifully but much to his manager’s chagrin was – again – unable to provide the finish.

As if to remind Mourinho of the precarious nature of his side’s lead, with half-time approaching, Harrison sent Lloris flying across his goal with a shot that flashed just over the bar.

Eric Dier then failed to cut out a routine Ayling forward pass, allowing Bamford in on goal. The striker’s shot lacked sufficient accuracy to worry Lloris.

Seconds later Tottenham’s wrecking ball, Hojbjerg, broke up yet another Leeds passing triangle and fed Kane on the right-wing. Tottenham’s number 10 whipped a devastating low cross to the near post which Son met with a sumptuous first-time finish that swept the ball home. It was a fitting way for the South Korean to bring up his century of Spurs goals. With less than half the season played, the direct combination between Son and Kane has already yielded 13 Premier League goals this term, taking the pair level with the record set by Alan Shearer and Chris Sutton across the entirety of the 1994/5 campaign. Two goals to the good, the relief on Mourinho’s face as he headed down the tunnel at half-time was palpable.

Five minutes into the second-half Toby Alderweireld added a third to ensure that all Leeds and Bielsa would be taking from North London were platitudes about gallantry in defeat. A quick free-kick found Ndombele on the edge of the box. A sharp shimmy allowed the Frenchman to power in a shot which Meslier initially saved well but then allowed to escape his clutches, presenting Spurs with a corner. Son’s outswinger was met at the near-post by Alderweireld’s glancing header. Having anticipated a chance to intercept the cross, the Leeds keeper could not readjust quickly enough to keep the ball out. Replays showed the ball had crossed the line by no more than a millimetre.

Leeds continued to exemplify Bielsa’s philosophy, flooding players forward in the hope of sparking an unlikely comeback. Even with the Elland Road club’s feted endurance, chasing down three goals in their third game in seven days proved beyond them. Leeds, in truth, never came close to scoring in what remained of the game.

One slight blemish on an otherwise highly satisfying afternoon for Tottenham was the late dismissal of Matt Doherty for two poor fouls.

Spurs now face Brentford on Tuesday for a place at Wembley in the Carabao Cup final and then travel to Marine for an FA Cup tie next weekend. If Mourinho’s side are to compete on four fronts in the second half of the season, they will need to replicate the balance struck here between defensive solidity and attacking sparkle. Their ultra-cautious football of late December was unbecoming of a squad brimming with quality forwards and all but silenced talk of the title. Having rediscovered their way here, Tottenham must not allow themselves to regress again.