Hello, I am a Swansea supporter and i would like to give you some views on Ben. Ben is a very good player and arguably as good as Shaw I think they are at the same level myself. Ben still has not stopped improving and can still improve a lot. I hope that your team can offer Ben the support and development he needs. Hopefully if Ben can improve with you then he can be just as good as Bale and Wales can win the Euros and the World Cup!!

Boltonspur said:
Is that a genuine account? If so, seems like Rose is desperate for affirmation via social media. It's pretty cringey stuff right there. Grade A cunt material.
Click to expand...

The fact that you're actually asking if it's a legit account is scary.

"There is competition for places everywhere but everyone wants the best for the Club," said Ben.

"Whoever is on the pitch for a particular game, it’s about supporting them and wanting the best for the team.

"You saw Harry on the bench when we scored the second goal at Chelsea, a huge goal and it was as if he’d scored the goal himself. I’m sure he was devastated he couldn’t start a game like that but that’s irrelevant when the whistle goes at the start of the game because it’s about Tottenham Hotspur, not the names on the teamsheet, but winning the game for the Club, no matter who is there".

"We all want the best for this Club as does everyone involved and if you are not on the pitch or on the bench and not playing, it doesn’t matter, because every player is there every day and as much part of the team as the players who play most weeks. Without them, it doesn’t work, we don’t have the same training, the same intensity and that’s the feeling we have throughout the squad. That’s been huge this season.

"Everyone is settled and that shows on the pitch in our performances - everyone wants the best for this Club.

"The emotions at Chelsea when we scored the goals, after the game, that was real. This is our team. This is what we want to do. It’s one Club, players, staff, fans and everyone has one goal and that’s to push us forward and wins like that make it feel all the more special." 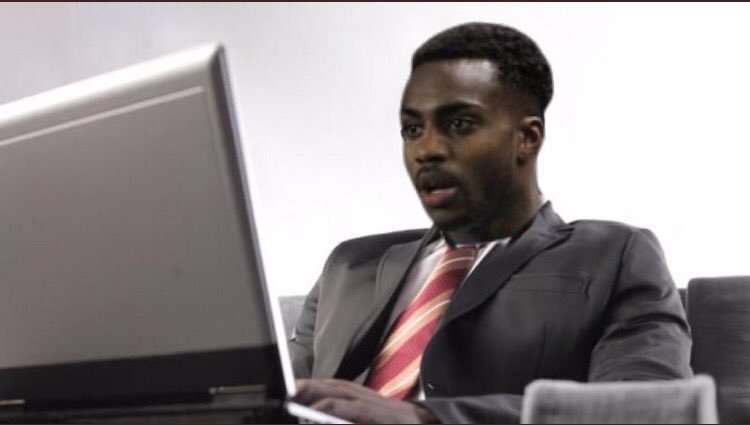 VoiceOfThePoshSeats said:
When you have a midfield that lacks creativity you need attacking full backs.

Everyone can see the difference Reguilon makes when he plays.

Davies is useless in the attacking 3rd. It wouldnt be so noticable if we had a midfield of Lo Celso, Tanguy and Hojberg.
Click to expand...

Lol we didn't need attacking full backs last night though. We didn't set up to play like that. The plan was to be strong defensively first to negate Burnley's threat.

Jose called the game exactly right before kick-off. He said we were not going to see us score loads of goals because of how Burnley play. Some on here think they know better though and get annoyed that we don't score six again.

Reggie isn't better defensively than Davies and that's why Jose picked Davies. If we had conceded then we probably would have seen Reggie come on to chase an equaliser.

As it was, Ben did exactly what was asked of him - stay strong defensively, don't give away soft free-kicks. A job well done.

This season I would rather not shift our back four around every bloody game. How many centre back pairings did we use in total last season? Must have been at least a club record. I mean at one point we had Sandro and fryers for god's sake. The best sides tend to have a solid and consistent back 4 (5) who get to know each other. I'd sooner bring in a young full back from the academy than break up our regular centre back duo (whoever it may be) to cover for any absences.

If we can start 75% of our premier league matches with a back four of Davies vertonghen Kaboul/chiriches Walker I'd be happy with that.

Team gets clean sheet, defender gets slaughtered by fans. It's ridiculous.

DSanditon said:
Ben Davies is a fucking idiot for the comments he made after Pochettino was sacked.

I think it's just a poorly chosen turn of phrase. Nothing in it.

From his wikipedia page: You're only as good as your last game in modern football right?

Fuck me, it was only the weekend when Lloris was getting pelters and tonight he was a 'hero'

Opinions change on Sanchez every week too. Embarrassing.

He captains Wales tonight, very happy for him

As a Welsh man I will always stick up for him but thw shit he gets in here is ridiculous, been with us 6 years and has grown into an aggressive reliable player for us!

Dewi Ogwen said:
Young Left Back, Welsh International, Very good potential, not perfect yet but will get better, in my opinion a good buy.
Click to expand...

What a great servant he's been for the club. Never moans does his best at every game not the most talented player never in the papers. I think once he has finnished playing football he'll be very welcomed at white hart Lane. Unfussy, understated club man, every good side needs them.
Last edited: 20 Dec 2018

Some of the abuse he got last night was ridiculous and very revealing about the lack of knowledge some have of the game.

We all know his limitations. But he's a reliable, cool-headed, solid, no frills player. Exactly what was needed last night.
Last edited: 27 Oct 2020

Swansea just signed a left back...

For those calling for him to never be seen in the shirt again, what happens when Reggie has a 'poor' game?

'Well then we want Cirkin!'

Ok cool. What happens when Cirkin has a 'poor' game?

Who the hell would sign for us when they're one 'poor' game from being banished by fickle, ignorant 'fans'?!

Disgraceful abuse received last night, don't know why some people can't watch a game without having to pick on a certain individual. We have got a balanced side for the first time in ages, and not every player needs to be a Messi to be effective.
It wasn't the most entertaining game, granted, but we won and kept a clean sheet against a team which we have come unstuck against, in the recent past - what's not to like!

Anthony Beale said:
THATS EXACTLY WHAT I JUST FUCKING SAID. What exactly is it you disagree with then considering you've just reworded my original comment?

Are you fucking kidding me? Read the first 2 lines of your post, and then read my part about Davies.
That's the disagree part.

Then read your part about the Eriksen problem, and then my part.
That's the agree part.