What was the first game you went to?

England v Denmark. Venables’ first game in charge, as far as I remember.

Well I went to a Chartham village charity game in 1992 where Gary Lineker was scheduled to play with some cricketers and stuff.. he didn't turn up as he had just signed for Grampus Eight - so I was gutted and it wasn't in a stadium or anything.

Went with my friend and his dad - season ticket holders. We left at 0-3 and heard the stadium cheering the consolation goal while walking down the river.
The only game I have ever left early - wasn't my call - wasn't my team. I was about 13/14.
Wore a Spurs scarf and was told to hide it inside my coat.

Went to the front of the stand before kick off and got the autographs of Rufus Brevett, Chris Coleman and Paul Peschisolido.
Shook Mohamed Al-Fayed's hand.

Simply wasn't possible for me to attend a Spurs game prior to that.

Once I started working and having my own money to spend I went to my first Spurs game.
Sad thing is, I couldn't tell you who it was against, nor do I remember if we won - but pretty sure we didn't lose.

What I will never forget - one of the most magical moments of my life...
Walking up the steps of the east upper - seeing the west stand emerge with every step I took.. until finally, this luscious green carpet with perfect white markings was presented to me for the very first time.
It was magic. Even better than I had ever imagined.

Restricted view seat didn't bother me at all.

That was my first Spurs match - and you could turn up on the day and pay at the turnstiles. I think it was about £7 for standing in the SouthStand .

My first wouldn't have been spurs it would have been in the mid-late 80's, Israeli (old) Second Division. Thomas D'Alessandro - Haifa Workers' Council Stadium 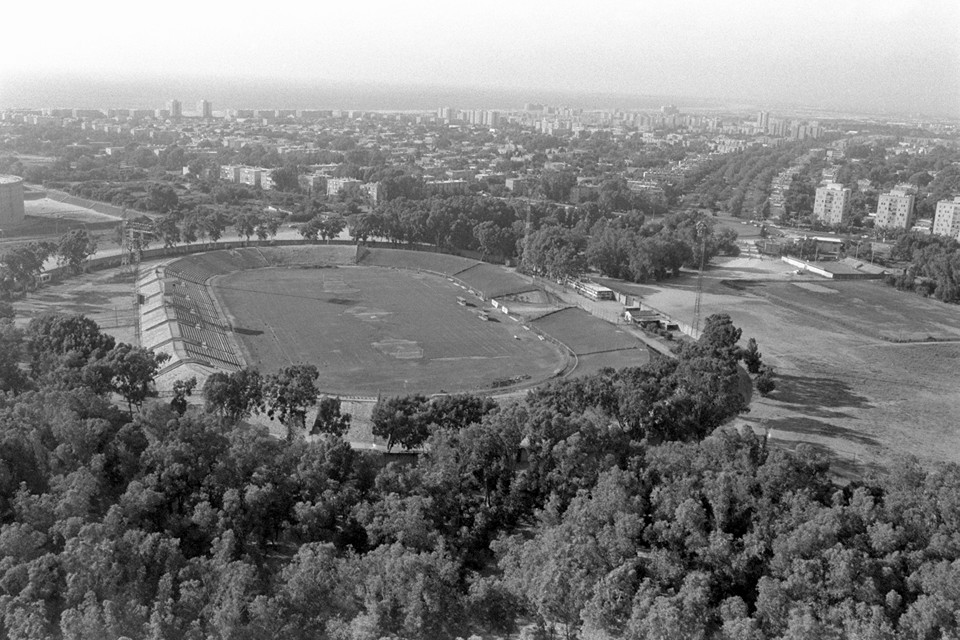 It had one small terrace on the western part and an engulfing grass\mud heaps around the rest. record attendance 20K.

The stadium is still open today as you can't build on the ground with old British oil lines from Iraq going under it.

fun fact: even though it was the home of my team (Hapoel Haifa) the only title won there was the national league by the local rivals Maccabi.
In 84 after a scandal in the supposed promotion match supporters rioted and burned 50 cars in the parking lot.

Mampi said:
while walking down the river.
Click to expand...

Here he is, hiding among us.... He can turn water into wine but he can't bring about a miracle in Madrid for us. Traitor!

27th December 1977, Division 2, Spurs 1-1 Mansfield. Attendance about 35000. Sat in the east stand upper with my dad. Not a classic but I'd never seen anything like it. All those people. The floodlit ground an oasis of colour bringing a bit of festive cheer to the drabbest of days. Standout player was Peter Taylor but I remember McAllister and Daines putting in a shift so we must've been under pressure. A formative afternoon.
Last edited: 14 Oct 2019

I remember this game. Although Mansfield were near the bottom of the table, they outplayed us that day.
And they missed a penalty.

Leeds 3-3 in 1998 at whl. Judas got a last minute goal. I asked my father, a non football fan at that time, to take me to a football game; I was 6 and obsessed with football. He couldnt get Woolwich tickets so we went to that game, hooked ever since.
Last edited: 14 Oct 2019

This is a good a place as any to post this - today is my 50th anniversary of my first game at the Lane, the only time in my life I have experienced love at first sight

Mrs Perryman said:
This is a good a place as any to post this - today is my 50th anniversary of my first game at the Lane, the only time in my life I have experienced love at first sight

Happy Anniversary Mrs.P. Let's hope it's a good omen for Sunday's game.
I presume your mother had to find the nappy changing facilities for you at half time

(What a smooth talking bastard I am