How many trophies have you seen Tottenham win?

Don't knock it... My tattoo is fucking sweeeeeet!!!
Comment

Flannerz , your 35 or 36 now then mate. From when you started this thread

And your still waiting to update it

35 and I won't be updating it anytime soon!

Airfixx said:
Don't knock it... My tattoo is fucking sweeeeeet!!!
Click to expand...

Ditto. We used to win more than we lost when we got to the final.
Comment

CEO of the year Winners

Chairman awarded CEO of the Year

1991 I couldn't get a ticket, somehow, and '99 gave my ticket to a friend as I was away on business and wasn't , quite frankly, that arsed.

2008 I had a ticket, gave it to a friend as I was at a wedding in Yorkshire. However, our drive back on the Sunday was so quick I could have got there as I was in the A1 traffic around Apex and Sterling Corners about 90 minutes before kick-off, leaning out of the window of the car singing with the rest of the stationary traffic. My then GF was driving, I hasten to add.
Comment

Chairman awarded CEO of the Year 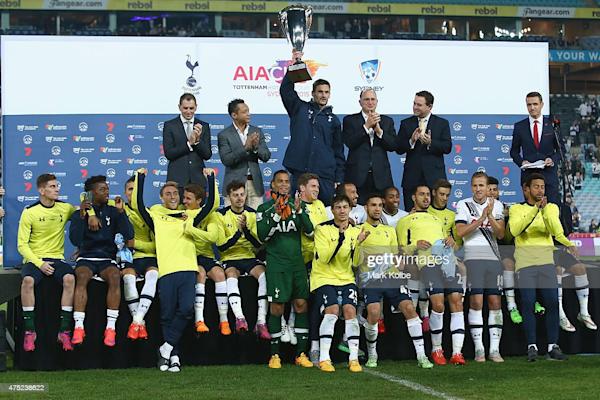 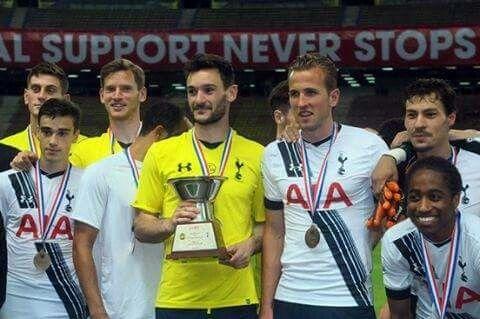 '91 FA Cup. My boss at the time was a member of FA got me 2 tickets ! Travelled down from North West. Mixed seats surrounded by forest fans and travelled back with some. No trouble decent fans and best day of my "Spurs" life.
Comment

Spurs have made it to nine
cup finals in my time to date.

Dennis The Menace said:
Spurs have made it to nine
cup finals in my time to date.

Correct, Leicester City - the famous punch up photo I’m always reminded of. I watched it on the box.
Comment

ArcspacE said:
Everyone looks so young and happy...
Click to expand...

They were one of the best teams and had such a potentially bright future ahead of them.
Comment

Gmspurs said:
They were one of the best teams and had such a potentially bright future ahead of them.
Click to expand...

Is it just me...but why is it the likes of the goons who are dogshit Chavs, United and okay fair enough City who are decent and take it seriously all to get to cup semis and finals on a regular basis without it seems a struggle yet we huff & puff and make an arse of it.
Comment