dannythomas said:
Even allowing for that if he took the free kicks in the games he would have been fit for, he would have scored significantly more than the zero Kane has scored since 2014. On a separate note why doesn’t Son take them rather than Kane ?
Click to expand...

People say that Son always messes up when he has time to think so with that being said of he took fee kicks they'd probably end up in the Sky walk.

Bales coming back again? Just for his free kicks? What about Bergwijn? I hear Nodombelle might be back next season too. Who is going to defend then? Lol
Last edited: 27 Mar 2022

Radical Rei said:
He's great but his legs are fucked.
Click to expand...

Hasn't played a lot of competitive football. Starting every week with us and he'll be fine

One this is sure: Bale will not extend his Real M. contract nor do they want him to... 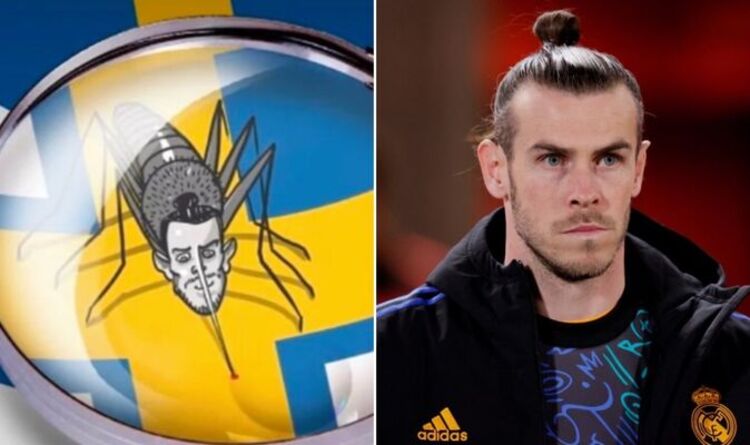 Real Madrid star Gareth Bale has been called a 'parasite' by the Spanish media in a sensational attack on the player over his time at the Bernabeu, with the Welshman accused of 'sucking euros' out of the club.

Bale, 32, joined Los Blancos in 2013 in an £85million deal - breaking the world record transfer fee at the time. He started life superbly in Spain, scoring 47 league goals in his first 81 games for the Galacticos.

But since then the goals and appearances have dried up, with the Wales international failing to match that tally in a six-year period with just 34 goals in 94 games. Despite scoring vital goals in two Champions League finals and single-handedly winning the club the 2014 Copa del Rey Final - picking up a total of 14 trophies at the club - Bale has divided the fanbase with his 'lax' attitude in the capital.

And a scathing article from Spanish outlet Marca has likened Bale to a mosquito for 'sucking euros out of the club' amidst his lack of appearances for the club this season. "The Bale parasite came from the cold and rainy Britannia," the paper started.

"He settled in Spain, at Real Madrid, where, masked, he first showed diligence and love for the guest, but then his nature led him to suck blood without giving anything in return. Well, more than blood, he sucked, and sucks, the club's euros. Unlike others of its kind, such as the flea, the louse or the bedbug, the Bale parasite does not cause itching or illnesses in its host.

"But after sucking, it laughs and makes fun of it, showing a jocular contempt for the one from whom he lives. He laughs, applauds, throws himself on the ground, sings, as a kind of humiliating ceremony, which, luckily, has an expiration date, like all misfortunes."

With his contract up at the end of the season, Bale will likely have many suitors to bring him in on a free transfer. Tottenham are reportedly interested in his services after a decent loan spell in north London last season.

Real currently sit nine points clear at the top of La Liga with just nine games to go. They have a real chance at winning their second title in three season after winning the accolade in 2019-20.

And they could win the double if they win the Champions League. They face current holders Chelsea in the quarter-finals in April.

La Marca are the real parasite. That article is beyond disgusting.

El Noel said:
La Marca are the real parasite. That article is beyond disgusting.
Click to expand...

Yeah its that article that Bale rightly criticised in his media interview after the Wales Austria game. Fucking digraceful article - the person who wrote this is a piece of shit, and the organisation was cunty for printing it. Wankers

El Noel said:
La Marca are the real parasite. That article is beyond disgusting.
Click to expand...

For "sucking out Euros" read "getting paid according to the terms of the contract Madrid offered him".

Supporter
If we ignore the financial burden I can't see many negatives to having him back in the squad. A hugely skillful, experienced goal scorer who knows what winning feels like. Knows the club. Loved by the fans. As has been said, so long as he doesn't block progress too much and Conte is happy to have him then I would LOVE to see Gareth back in a Lilywhite shirt again.

Lmao pretty sure Bale played a big pet in many trophies Real have won since he's been their. Champions league final comes to mind like twice.