Rennes are already a lock for 1st place. They have something to fight for in Ligue 1 so hopefully they field their 2nd team.

Airfixx said:
As of now:

+ A need for rotation thanks to xmas rush + LC

All of a sudden this seems a bit of an ask.... Unless Rennes send the proverbial kids considering they've already won the group.

Reluctant to play Dier, Davies, Reg, Skipp & PEH as we're fucked without them for the time being.

Lo Celso has been out injured - no idea if he's back.

TBH I'd be tempted to play Harvey White in place of Ndombele who doesn't put much effort in, plus White can play as a DM or CM depending on how Conte wants to set the team up .

Spursidol said:
Lo Celso has been out injured - no idea if he's back.
Click to expand...

Conte suggested he'd be back in training at the end of last week, so fingers crossed.

Don't wanna risk any of the aforementioned.

Surely Vitesse will beat that GD deficit v Mura? I think we will need to win big?

I’ve supported Spurs for 30 years and we’ve won two league cups, so I’m all for playing the strongest team and winning this competition.

Wellsey said:
Surely Vitesse will beat that GD deficit v Mura? I think we will need to win big?
Click to expand...

Firstly. Renne, who are 2nd in French Ligue 1, play Nice on Sunday who are in 4th position. Renne have already won the Conference League group, so why would they field a strong team against us on Thursday?

Secondly. Assuming we beat Renne, and Vitesse beat Moura, therefore we both finish on the same points.
These are the tiebreaker rules: (All things are equal for the first 3 rules and rule 4 doesn't apply, so rule 5 could be the decider).
Spurs are 2 goals better off than Vitesse in goal difference, so we have a 2 goal start.

Spurs will lose out on rule 7, if we finish equal to Vitesse (rule 5) on goal difference after Thursday night's games.
Last edited: 6 Dec 2021

We will need something like 3-0. Hopefully, they will leave at home important players, like Laborde, Bourigeaud, etc.. Will be hard, nonetheless.

maybe this will be a factor for the game on Sunday

With the busy Christmas period coming up, really need to be playing Ndombele, Alli and Steven B and use the whole squad. As proved many times this season these players just haven’t produced when called upon. Will Conte laying into them after Mura away make any difference?? it is an interesting one for team selection as the definition of madness is doing the same thing over and over again and expecting different results. As others have said the only saving grace is Rennes have already qualified so should be putting in half arsed effort.

We don’t have the squad depth to compete in this competition while also being competitive in the cups and the league. We proved that against Mura.

Just play our second string and bin this shit off already. Everybody needs a rest you could tell from the game today that we were tired from Brentford.

Put us out of our misery Rennes. 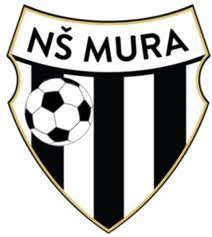 FOK said:
maybe this will be a factor for the game on Sunday

Glad Trossard’s out against us. Each time I’ve watched Brighton, he’s looked very lively and would give our defenders a tough time.

Back to Rennes, the odds are against us, as I expect Vitesse to take Mura more seriously after our debacle. Am a bit torn on the strength of side we should field, as I really want us to compete and keep up the momentum. In Conte we‘ll need to trust!

SymphonyFormation said:
I’ve supported Spurs for 30 years and we’ve won two league cups, so I’m all for playing the strongest team and winning this competition.
Click to expand...

I'm all for winning tinpots too, just not sure we really want this team to be fixture-locked and I'm not looking forward to it:


UEFA Europa Conference League knockout round play-off draw: 13 December The eight group runners-up will be joined by the eight third-place UEFA Europa League finishers to compete for the remaining round of 16 spots. Clubs from the same association cannot be drawn against each other​

The winners of the eight ties on 17 and 24 February will join the eight UEFA Europa Conference League group winners in the round of 16.

This competition is not (is not) as important as the English ones IMO. OK maybe a bit better than the Charity Shield- except playing in that would mean we won something significant the year before.

I want to win this game purely because it will keep the momentum going. But I can’t summon any enthusiasm for this competition and will not care if we don’t go through to have to play a ridiculous play off.

Going out = ridicule for evermore... Well, at least til we WIN something!

Winning the competition = similar ridicule for evermore... Well, at least til we win something SIGNIFICANT!!

Hope we lose and exit

Couldn’t care less about the ridicule. All about the PL and this is a major distraction for zero recognition. Not a chance we can play another 12+ games on Thursdays and finish 4th