What would you rather have won?

Two massive trophies which we came so close to winning - both still haunt me that we were actually so close, but what would you rather have won?

The Premier League, haven't won it since 61. Our last season at WHL, our best team in my lifetime, would have pipped a Chelsea team full of wankers to the title after the Battle of the Bridge the season before, winning it over 38 games rather than a few cup games

The Champions League, the biggest prize in club football, we've never won it, the manner of the run with the Ajax and City games, Pochettino's final season, a one off game to win it so you get that big celebration, only a few weeks after moving into the new stadium, beating Liverpool in the final, the Poch era finishing with the trophy he and that squad littered with club icons such as Vertonghen, Eriksen, Alderweireld etc deserved, Woolwich have never won it and lost in a UEL final a few days before

To me it is on a knife edge but I think I have to go Prem - thoughts?

CL would have been special for us, truly special
Comment

With that truly stirring backs-to-the-wall run up to the CL final, I'd have to pick that but only by a hair. Sigh, what could've been

docomospur said:
With that truly stirring backs-to-the-wall run up to the CL final, I'd have to pick that but only by a hair. Sigh, what could've been

I'm actually starting to change my mind, the previous disappointment of 16/17 probably would have made 18/19 even more special. Still fuming we didn't even get to even enjoy the experience of being in a CL final properly because we conceded a pen (that looking back shouldn't have been a penalty) 20 seconds in.
Comment

I voted PL but realistically the CL was so much closer

Premier league. The CL would have been great but its still only a cup, i want to see us win the league in my lifetime.
Comment

Premier League for me, because that team at that point was ten times better than it was when we got to the CL final.

I was still in love with the whole era back then, where as by 2019 I had a lot of negativity towards a few players and Poch. The poison had already set in.

We sort of did win it though right?
Comment

sammyspurs said:
We sort of did win it though right?
Click to expand...

We also won the best team over two years trophy. Can't forget that one.
Comment

Totti said:
We also won the best team over two years trophy. Can't forget that one.
Click to expand...

sammyspurs said:
No idea what that’s about
Click to expand... 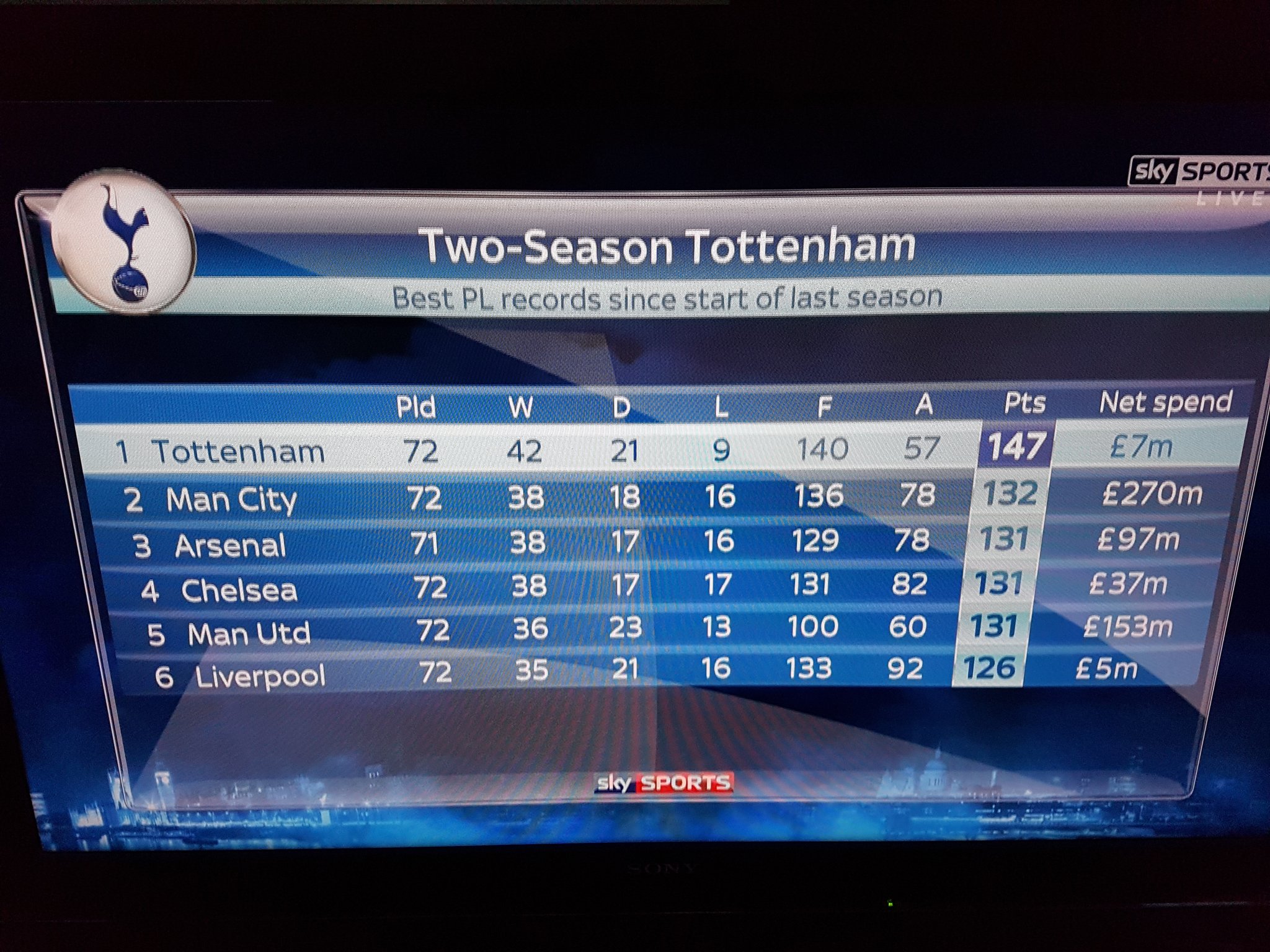 Hagrid said:
Premier League in a heartbeat for me.
Click to expand...

sammyspurs said:
“Pochs Spurs“ would have been talked about for decades, even rivals would have to concede we was one of those teams, where as most people last year would have just said we were shit and didn’t deserve it.
Click to expand...

Extremely good point my birthday-sharing chum. Changed my vote as a result
Comment

I think the PL would have been bigger for our long term success.

The CL always felt like a strange run. We were almost out so many times. That season in the league though, we were fucking brilliant. Just lost out bottle near the end.
Comment

Champions league just pips it for me. Even though we've not won the league since god was a lad, we have actually WON it. Champions league would have completed the set of every major trophy won and major European recognition. Also Woolwich have never won it and likely never will, so we'd always have that against those cunts.
Comment

CL every time. I'd have loved that final game to be a crazy high score rollercoaster in keeping with the battle both teams had had to get there and then we grab the winning goal near the end again. Unfortunately we got a boring, burnt-out final.
Comment

Premier League in a heart beat.
Then we could have gone into the Champions league as proper Champions.
Both would have been wonderful, but to see us crowned Champions would have been so so special.
Comment
You must log in or register to reply here.
Share:
Facebook Twitter Reddit WhatsApp Email Link
Top Bottom