He'll be kicking himself for not getting on the scoresheet today.....

Gonna have to get a brace against Norwich now, Sonny boy! 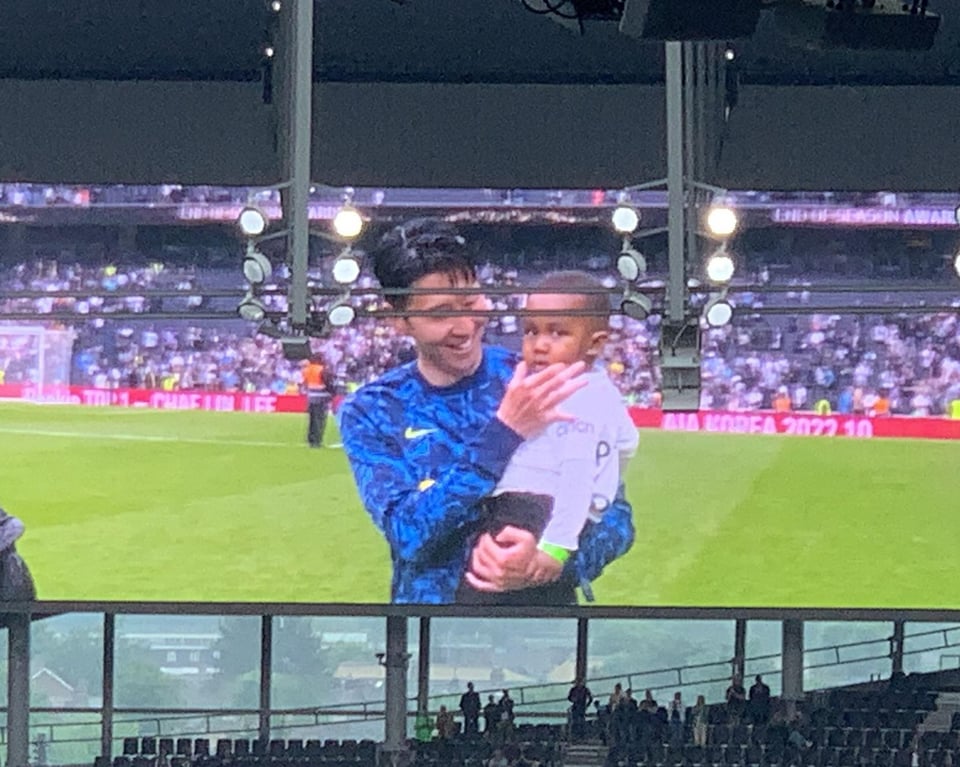 That's adorable. Son must be all the team kids favourite uncle.

Hopefully, the whole of Korea are clicking on his name but best we all take 30 seconds out to nudge him to the top 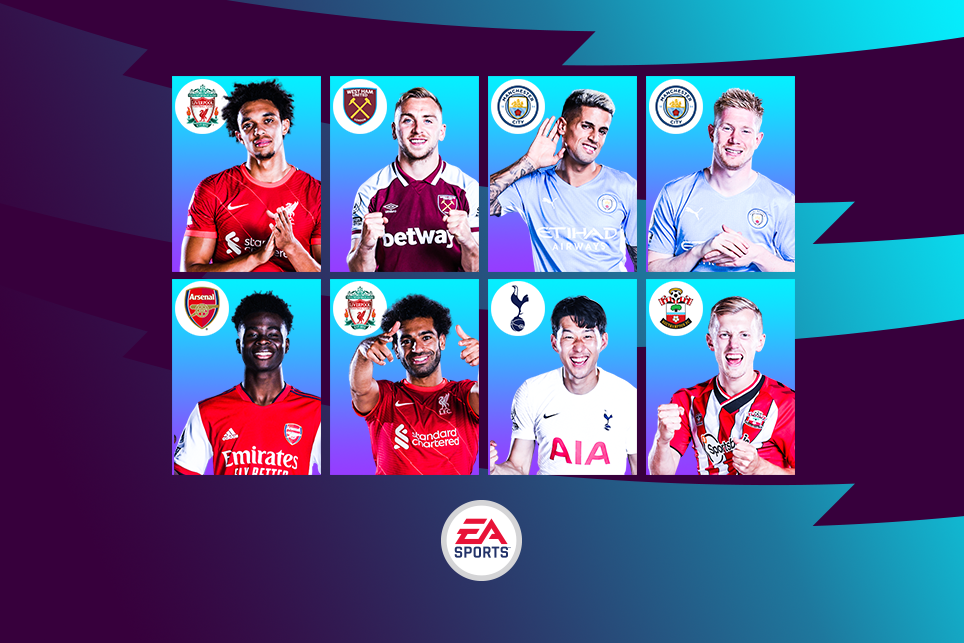 Vote for your EA SPORTS Player of the Season

ShutUpPatrik said:
That's adorable. Son must be all the team kids favourite uncle.
Click to expand...

I seem to recall he's done this every year.

Now win the golden boot and carry us to the champions league.

The man is an absolute superstar

Now win the golden boot and carry us to the champions league.
Click to expand...

And finally get us a trophy next year

Jackcock said:
And finally get us a trophy next year
Click to expand...

Man I will cry if that happens.

IMO it’s him or De Bruyne for player of the year, he’s been unbelievable. Salah has tailed off second half of the season. KDB probably just pips it but brilliant effort from Sonny this year.

Carragher: "Salah was no doubt the best player in the first half of the season but De Bruyne was in the second half. You just think of the vital goals he got. Up against Atletico Madrid, United and Liverpool. For me, I think he is the best player in the league. I love Kevin De Bruyne. Take Liverpool out of the equation, if I want to watch someone, I watch Kevin De Bruyne. I think he is going to be one of the all-time greats in the Premier League."

Neville: "One goal off Mo Salah playing for a team that is completely different in style, that's not as good. Everybody loves him. I think he could play for any team in the world. Any club in Europe would take him. Son does not get the recognition he deserves. For what he has done consistently, 21 goals, one off Salah in a team that is nowhere near as good, where he doesn't get the service, I think he just deserves a mention really." 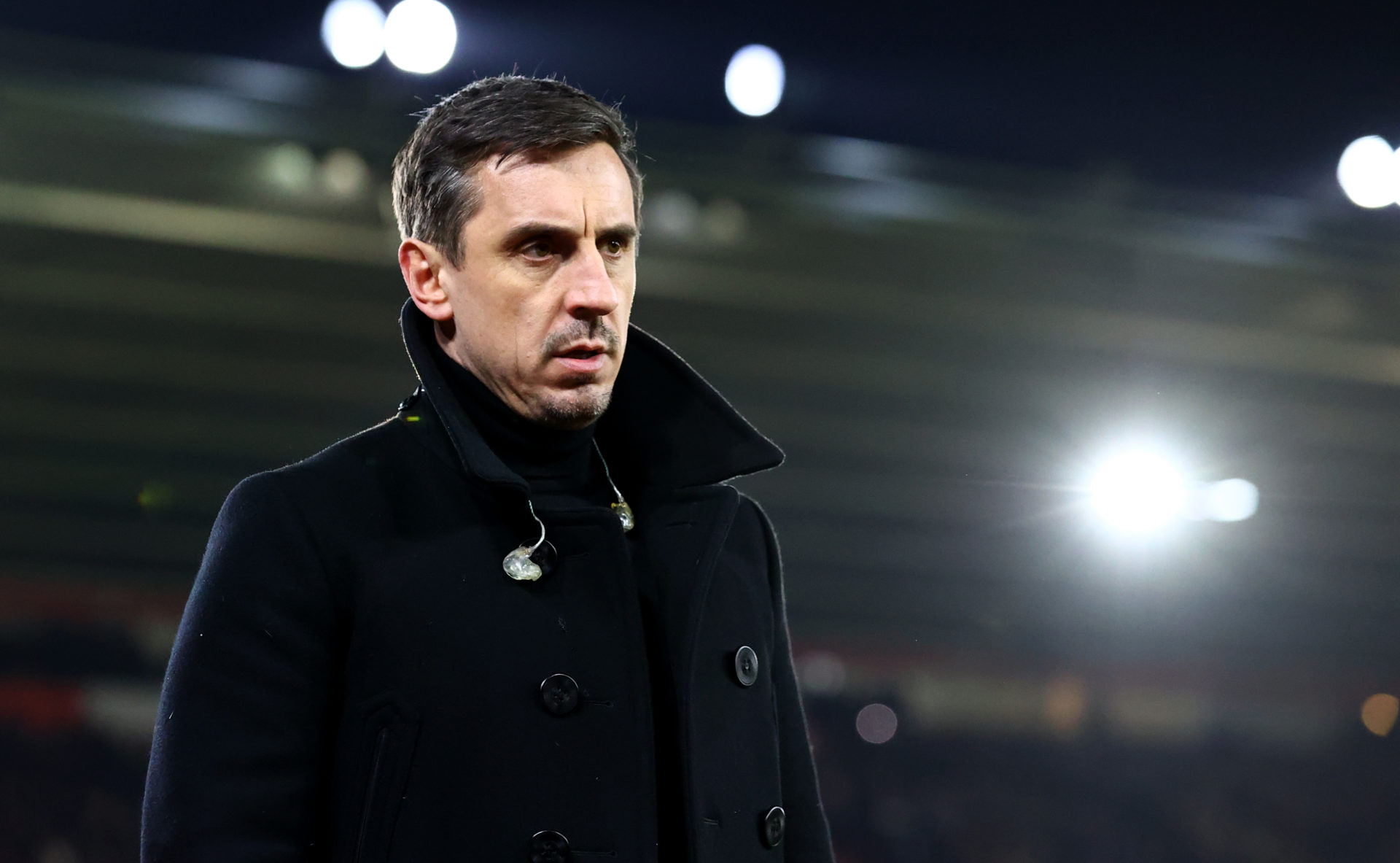 Gary Neville has named Tottenham’s Son Heung-min as his Player of the Year for the Premier League this season, beating Mohamed Salah.

Gary Neville has named Tottenham’s Son Heung-min as his Player of the Year for the Premier League this season, beating Mohamed Salah.

The end of the season is in sight with just days of the Premier League campaign left to go.

It’s now the time of year when pundits will offer their thoughts on the Team of the Year, Player of the Year and other awards.

On Monday night, Neville and Jamie Carragher covered all manner of awards for this Premier League campaign.

Carragher went with Kevin De Bruyne as his Player of the Year, but Neville had other ideas…

Neville didn’t go for Liverpool star Mohamed Salah either despite his outstanding campaign for the Reds.

Nope, Neville instead went with £22million Tottenham ace Son as his Player of the Year.

The South Korean star finds himself just one goal behind Salah in the race for the Premier League Golden Boot.

You have to factor in that Salah takes penalties for Liverpool but Son has to watch Harry Kane take Tottenham’s spot kicks.

Kane absolutely loves playing with Son and the South Korean is set to outscore him this season.

For Son to rack up 21 goals from open play is hugely impressive and the Golden Boot looks to be a straight shootout between Salah and Son.

Both players are simply extraordinary and Neville has decided to go for Son as his Player of the Year this season.

Neville told Sky Sports that he thinks any club in the world would want to sign Son should he become available.

Neville did admit that Salah and Kevin De Bruyne are probably the best players in the league.

Yet having almost matched Salah’s output in a team that is ‘not as good’, Neville thinks it’s time that Son gets the recognition he deserves.

“One goal off Mo Salah [whilst] playing for a team that is completely different in style, that’s not as good,” said Neville. “I think everyone loves him, I think he could play for any team in the world, if he was available now, any team in Europe would take him.”

“I was probably marking Salah and De Bruyne down for no reason really, because they probably are the best two players in the league. But Son doesn’t get the recognition he deserves, and for what he has done now consistently and 21 goals, to be one off Mo Salah, in a team that’s nowhere near as good and doesn’t get the service from the likes of Trent Alexander-Arnold and Robertson and all the other players that he plays alongside. I think he just deserved a mention really,” he added.

Airfixx said:
He'll be kicking himself for not getting on the scoresheet today.....

Gonna have to a brace against Norwich now, Sonny boy!

And rightfully...
If he does not get golden boot, he has absolutely no one to blame unfortunately.

Had 2 or even 3 very good chances but he wasted them all.

Such a shame, I agree with Neville - he does not get enough respect and praise.
Putting 2 chances away against Burnley and he would have prestigious personal award almost guaranteed.