SouthStand Billy said:
They let 8 players go and bought in one..

SouthStand Billy said:
They let 8 players go and bought in one..

Who woukd have thought that West Ham and Real Madrid could be mentioned in the same sentence, with out it ending with "supported by cunts: 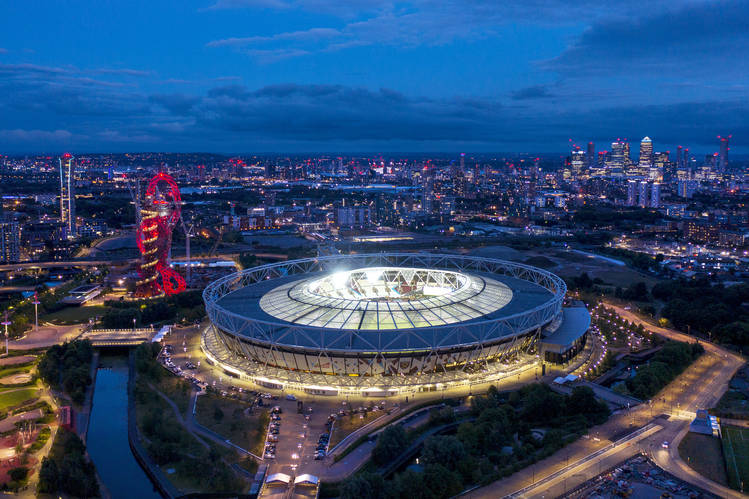 Dame of the Most Excellent Order mrs. Priti Patel

They are a circus and total joke off the pitch but I have been impressed by them lately. Bowen-Antonio-Fornals with Rice/Soucek is a really solid base tbh and I think they'll finish in mid table this year.

Moyes is legitimately underrated. People act as if he's a joke but he made Everton finish 4th 5th etc year on year on a budget of crisps and peas and was undermined and fucked over from day one at United.

But hopefully they get relegated in 2-3 years when they fire Moyes because they think they '''should''' be in the CL/EL and overspend, fuck it up.. and get liquidated.

Can you summarise for us non subscribers?

Steed_Train said:
Can you summarise for us non subscribers?
Click to expand...

No, I'm a non-subscriber.

if they get relegated the PL would be a lot more boring. this season i think they will be full of shocking results, beating some top teams 3-0 then lose to brighton 1-7, comedy circus club

Steed_Train said:
Can you summarise for us non subscribers?
Click to expand...

SoCal Hammer wrote: ↑Apologies if already mentioned elsewhere, have just seen this pop up on Google:

Bit of a long shot, but is anyone a member of fnlondon.com and able to report the entire article?
Top

Mega Ron wrote: ↑Every stadium gets replaced.
Click to expand...

Maybe, but its probably unlikely if its only 10-15 years old
Top
War Pony
Re: Olympic Stadium Discussion and Questions
Post Tue Oct 06, 2020 4:29 pm

Up the Junction wrote: ↑Bit of a long shot, but is anyone a member of fnlondon.com and able to report the entire article?
Click to expand...

I have sent you a pm with it
Top
ONLINE

The stadium’s public sector owners – London Legacy Development Corporation (LLDC) and E20 Stadium LLP – have brought a professional negligence suit against the City law firm for its work on the 2013 concession agreement with West Ham, which has been the subject of a series of expensive lawsuits.

LLDC and E20 Stadium launched the High Court claim on 29 September, according to filings at the Commercial Court.

LLDC and E20 are set to argue that the law firm’s poor drafting of the agreement contributed to their difficult relationship with West Ham and a series of costly legal disputes over the interpretation of the agreement, a person with knowledge of the situation said.

“The whole case will revolve around the drafting of the concession agreement and the problems that has caused,” the person said.

West Ham and the stadium’s owners have fought several legal disputes stemming from disagreements over the contract that governs the club’s lease of the ground. The issues related to the colour of the materials surrounding the pitch, the number of draught beer pumps in the stadium’s bars and the number of televisions showing Sky TV in the ground.

Allen & Overy acted for E20 Stadium on the drafting of the 2013 concession agreement that governed West Ham’s lease of the ground. At the time, E20 was a joint venture between LLDC and Newham Council. It is now a wholly-owned subsidiary of LLDC.

The stadium’s owners have lost millions of pounds annually under the terms of the agreement, which a 2017 report – commissioned by London mayor Sadiq Khan – concluded represented poor value for taxpayers.

The report found that the concession agreement with West Ham would not cover the cost of running the stadium and would leave taxpayers with a hefty annual bill.

“The West Ham agreement... does not recover from West Ham by way of rent and other charges a sum sufficient to cover the associated running costs of the stadium,” it said.

“Presently, the investment by the public purse in the stadium transformation is not only unlikely ever to be recovered, it will on present figures be likely to worsen year by year at the rate of some £10m to £20m per year, due to expected operating losses,” the report added.

An LLDC spokesperson said: “We are in dispute with A&O over the drafting of the West Ham United concession agreement and despite our attempts to resolve this dispute with A&O have been unable to do so.

“We have a responsibility to protect taxpayers’ interests and so have had no alternative but to seek redress through the courts.”

A spokesperson for A&O said: “This claim is entirely without merit and we will defend it vigorously.”

The stadium’s owners and West Ham settled out of court in 2018 over whether the concession agreement allowed for the stadium’s match-day capacity to be increased from 57,000 to 66,000.

This kid is supposed to be mustard, isn't he?

Guido said:
This kid is supposed to be mustard, isn't he?

Owners probably thought they were signing Saido Berahino for 25£

It's the old Sullivan special.

" We tried so hard to give you hammers a gift but turns out there was an issue and then we couldn't make the deadline!"

They have no money init? Still haven't paid Frankfurt

If this is true its heroic level banter.

[ Tiers Of A Clown ] Announce Hebzebenese

Shotgunofmichalebrow said:
If this i
If this is true its heroic level banter.
Click to expand...

Wonder what that means...

VirginiaSpur said:
Wonder what that means...
Click to expand...